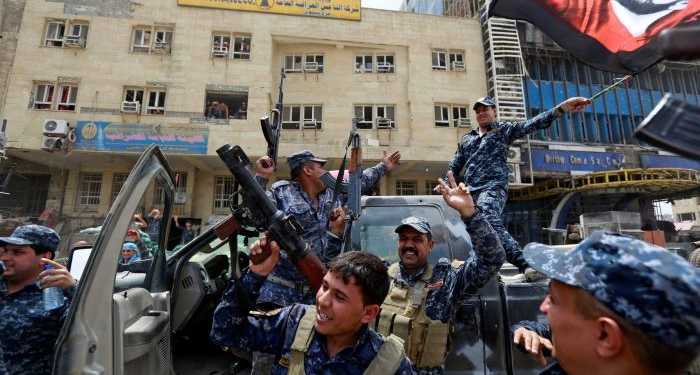 Amid the torrent of media hyping of the recapture of Mosul, it has to be noted that the ISIS is no organization. It is an ideology. A cult.

That being said, one might ask oneself what this recapture of Mosul even means. Of course, Mosul is a strategically important location as it lies in the central part of Iraqi Kurdistan – a territory that serves as the crossing point for Kurdish, Arab and possibly Turkish (in the past and perhaps in the future) armies alike. Mosul’s takeover by the ISIS was a huge strategic blow to the Kurds as it territorially cut the Kurds off from their allies in Turkey, Northern Syria and in Northwest Iraq. However, we must note that the ISIS is an army of ex-Baath party members, local Arab militias and imported mercenary fighter from Najd, Hejaz, Chechnya and a variety of places who have an ability to appear, mobilize and disappear anywhere at free will.

ISIS is about to lose its capital, but there will be a 1000 unanswered questions after that

This organization we must remember, was born out of Saudi’s petro-dollars and the inherently present ideological encouragement towards terrorism that this region has seen. If we look into the past a little, right from the Crusader era to the Ottoman period down to present day, some or other extremely violent Muslim fundamentalist movements have taken root from Iraqi Kurdistan (such as the various Kurdish Sufi rebel movements, the Seljuk era ghazi movements, the Safavid era Shia militancy and early militancies launched by men like Ibn Taimiyya, all have taken shape in this cultural crossing point around Mosul).

It therefore is no surprise that yet another such movement called the ISIS has taken shape here.

ISIS is not even peculiar to the region but a natural successor to a millennium long trend. Therefore, what does the recapture of Mosul signify? Absolutely nothing. Mosul has changed hands hundreds of times in history and experience only shows that this region is going to remain this way especially if the conquering, re-conquering and re-re-conquering armies are all Islamic ones. We don’t even need to care about the denomination of Islam followed by the recapturing forces for history shows us that it does not matter one bit.

However, even if the recapture makes little to no difference in the long run, in the short term its military significance is pretty high. The genocidal war in Iraqi Kurdistan recently made the declaration and recognition of Kurdish independence and sovereignty a necessity for many nation across the world. Last month, Massoud Barzani even set September 25th 2017 as the official date of Kurdistan ’s independence. Why wouldn’t he? He has the men, money and muscle to do this. With American funding, and even possible Iranian help, Barzani has gained extreme importance for the region’s battling sides and the amount of support he received from Kurds in the Iraqi-Syrian conflict has been so staggering that Turkey’s Peshmerga have been overshadowed by Iraq’s Kurds.

Kurdistan will then control its own oil economy, and major pipelines in the region.

This will embolden the already emboldened and rather strong Syrian YPG (Syrian Kurdistan) to declare their independence and possible annexation into Iraqi Kurdistan. This will mean a new regional disaster – one in which Al-Assad, Iran and Russia will suddenly switch sides and start bombing the daylights out of the Kurds which just might lead to a conflict with the Americans. But considering the tatters in which the American military infrastructure in the Middle East finds itself at present, America as always might just wash its hands off the Kurdish problem and as usual the Kurds will be left alone to fight.

This in turn will be exploited by Saudi Arabia which will funnel petro-dollars into the territory’s Arab militias, it will enrage Turkey which will possibly begin a large scale ethnic cleansing of the Kurds (if it hasn’t already) and the old war against the ISIS will get merely repackaged into a new Kurdish regional war. Like I said before, Mosul will suddenly stop mattering.

ISIS edges on to its death – a death which will only end the name of ISIS. Its members and its commanders will join other regional armies like Liwa at-Tawhid, Al-Nusra, FSA and any other smaller militia and it will be only a matters of time before those armies are hijacked and the same ISIS will start afresh with a new name. After all, this is how ISIS formed in the first place.

In the meantime, if Iran’s Kurds get emboldened to repeat history’s Mahabad Republic, they would also be boldly repeating a disaster which would inevitably lead to their full scale cleansing in Iran as well. The only party to gain anything in all this is Turkey – a neo-Wahhabi nation with caliphate fantasies, a battered up Kurdish resistance within its boundaries and all the international military immunity NATO could afford it. If Europe acts against Turkey, Erdogan will flood them with a few million more refugees but at the same time, he will have to step up military operations in northern Syria and possibly Iraq as well. And since Europe seems to not have the spine to stand up to him, he has that front covered. What remains to be found out is what he will do immediately in the months to come and how he’d do this.

If you ever asked yourself as to who is the biggest loser in all this – do note that it is NOT the Kurds. It is the Yazidis. It may well be possible that the formation of a Kurdistan will alienate and even start a mini conflict with the Yazidis who after all allege that the Kurds already are cleansing them today.

Mosul doesn’t matter. It never did.

According to China, India has a Strategic Advantage Against Them