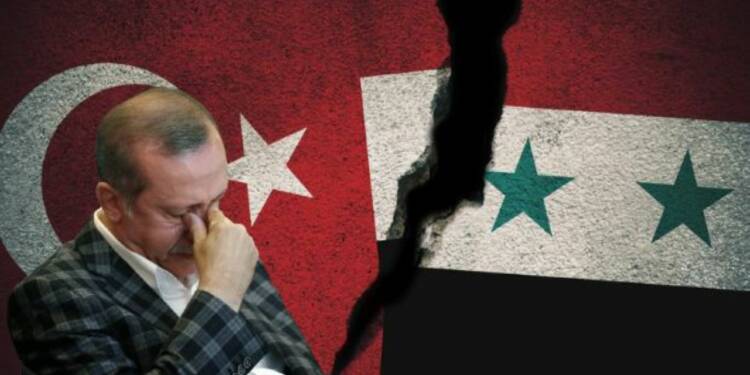 Even if the world is focused largely on the unfolding of events in Ukraine, news that emerges from Syria would always make a way to enter the discourse. Syria has baggage of issues to talk about and each day sees a new crisis spiral out from nowhere.

The recent episode in Syria highlighted how the Kurdish forces have turned against each other after the PKK in Iraq went in disfavour against its counterpart SDF in Syria. PKK called SDF to align further with Damascus rather than blindly giving all trust to Washington. But the elephant in the room was silently witnessing the fight unfold in tandem.

Turkey salivating over northern Syria is no big news. Even after the Russian word cautioning Ankara to back off from braving a move in northern Syria, President Erdogan has been moving ahead covertly with his legwork for a military incursion into the region he cites as a safe zone.

The indifference between the Kurds’ opened a level playing field for Turkey in the northern region. Russia is omnipresent in Syria, though the war in Ukraine getting into the final stages, Kremlin is unlikely to give most of its concern to the happenings in Syria. This beefed-up Turkey’s prospect in the northern parts, but minding the sudden spate of events in Syria it should be considered that Istanbul’s dream had a very small lifespan.

Before Turkey could make most of the infighting within the Kurds forces, the rebel groups’ Ankara allies in Syria are emulating the Kurds by going against each other. This has raised serious concerns within the power elites in Ankara as a new plot unveils itself in the forever tumultuous soil of Syria.

Minding the brewing concern, Turkey tried a hand at mediation but the Hayat Tahrir al-Sham (HTS), the jihadi group controlling Idlib is too reluctant to fall for the genial talks. Last month Ankara threatened to seize the Kurdish-held Tel Rifaat and Manbij in northern Syria, and there came in support of Ankara’s  Syrian ally, the Syrian National Army (SNA), who rallied behind the Turkish claims in northern Syria.

A row between Ahrar al-Sham and the Sham Front is at the centre of the crisis, which erupted into a big confrontation last week, with fellow SNA factions standing by the Sham Front, and the HTS, a designated terrorist group, backing Ahrar al-Sham. The clashes further radiated towards Jarablus, a region in which Turkey has big stakes.

Without allowing the fire to spread further, Turkey geared up its chances, and a cease-fire was secured on June 19 only after Turkey’s National Intelligence Organization (MIT) stepped in.

Ahrar al-Sham, founded by former al-Qaeda members is fissured out into different factions. The group is close to Turkey but many factions still nestle under the wings of HTS. The Sham Front, being the successor of the al-Tawhid Brigade is a close ally of Turkey and sides up with SNA.

Ahrar al-Sham’s row with the SNA sprouted back in 2017 when one of the many factions of Ahrar al-Sham cosied with the Sham front at the behest of the SNA. Earlier this year, the Sham front asked for the control of al-Bab and Jarablus, a payment of $300,000 to cover past expenses, the replacement of the Third Legion’s commander and a say at the al-Hamran crossing in eastern Aleppo, a major source of financial revenues.

Turkey is under a powerful jinx with no betterment in its chances to thrust past the Syrian heartland. The infighting between Kurds gave hopeful dreams to Turkey, only to be shattered by the bad luck that was in store for them. Before, Turkey never indulged to solve the infighting between its allied forces. Now, timing is all vital and it commands Turkey to hurl out all sorts of mediation masterclass down at northern Syria to pacify its allied forces. Either way, the present roadblock in Syria won’t give an easy pass for Ankara.