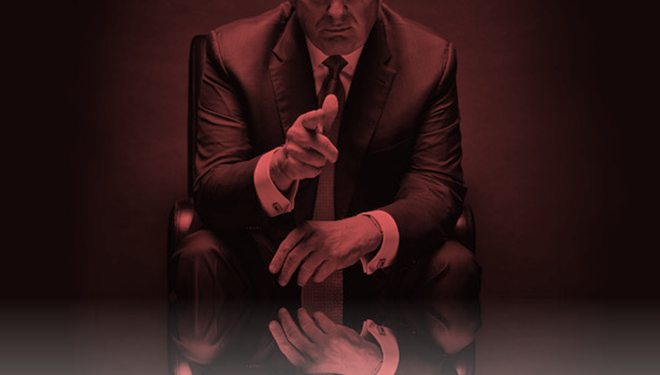 Donald Trump is an outsider. Anyone who followed the American presidential election process has legitimate ground to doubt the analytical skills of most mainstream political commentators, who are now looking like fools. Be that as it may, it is probably safe to assume that Trump’s outsider status, the fact that he isn’t just another politician who waxes eloquent but achieves squat, was one of the factors which propelled him into the American presidency.

In retrospect though, it seems as if Trump was cut out for politics to a degree which far surpasses his peers. To begin with, he beat more than a dozen career politicians to win the Republican Party’s nomination. The Democratic Party’s candidate on the other hand, had to rig the primaries to win her nomination. His message was believed to be divisive, hateful and something people wouldn’t take too seriously. But he knew all along that he was striking a chord and stuck with it. The entire ecosystem – mainstream media, social media, intelligentsia, government, Wall Street – vowed to defeat him. He hit right back, and went after the electoral college instead of pursuing popular vote.

Trump’s political acumen isn’t restricted to winning elections. His moves after becoming president-elect, are indications of a cunning and calculative political mind attempting to consolidate its spoils. The negativity witnessed post his victory was unprecedented. He has handled this onslaught deftly, by going out of his way and attempting to be reconciliatory. Those with genuine concerns seem somewhat reassured, and have mellowed down.

Fears of misogyny, homophobia and racism have died down after Trump included a woman, a homosexual and an Afro-American in his transition team. Lies coming out of certain sections about Breitbart founder and Trump appointee Steve Bannon being a white supremacist, haven’t found resonance among people. This is in contrast to several lies about Trump which spread like wildfire prior to the elections. Clearly, most people seem to have learned by now.

Those who continue with their rants, spread lies and succumb to their violent urges even now, stand completely exposed. Footage of white supremacists celebrating Trump’s victory was undermined by footage of thousands of Democrats destroying public property in major cities across the United States. What these Democrats think about democratic institutions and democratic processes, is for all to see.

After extending an olive branch to those who did not vote for him or disagreed with him, Trump has gone after the propaganda machinery which continues to incite divisiveness. In what would be considered un-presidential by many, he has taken on New York Times openly in a series of tweets.

Australia, New Zealand, and more. I am always available to them. @nytimes is just upset that they looked like fools in their coverage of me.

Donald Trump has accused New York Times of spreading lies about him, and subtly encouraged its readers to unsubscribe

However unconventional this might seem for someone who has been elected to the most powerful office in the world, one cannot help admire the efficacy of such a move. It kills so many birds with one stone.

For one, it sends out a message to the entire propaganda machinery that its tactics might have worked in the past but won’t anymore. Any media outlet’s bluffs being called out by the president of the United States is the worst form of publicity, a public relations nightmare. Whatever little is left of New York Times’ credibility and subscription base is likely to plummet further. Some anchors at CNN must be shaking after these tweets, and must be frantically altering what they had in store for the next four years. Back home, maybe Narendra Modi could take a cue and attack certain hostile, dishonest media outlets every now and then.

The failing @nytimes story is so totally wrong on transition. It is going so smoothly. Also, I have spoken to many foreign leaders.

Soon after Trump’s election, speculation about a potential impeachment began. Many believed that he would be too big a load for the establishment to handle, and he would be sent packing quite soon. But once again, men and women with zero analytical skills masquerading as political commentators cannot be taken seriously. The sudden realization dawned on them that vice-president-elect Mike Pence would lead the country in such an eventuality. In effect, those who impeached Trump would be giving the United States a hardcore conservative, pro-life, homophobic head of state. In retrospect, we observe Trump’s genius once again. He chose Pence as a running mate to safeguard himself precisely from such an eventuality, an insurance if we may.

With Obama being at his gracious best post the elections, and Hillary coming out of hiding on a couple of occasions and making her usual generic substance-lacking speeches, Trump has begun interviewing like-minded people for cabinet berths. Already there are many positive signs, especially for America’s allies whom he had threatened to leave in the lurch. He received Japanese prime minster Shinzo Abe at the Trump Tower in New York, and one of his primary donors the Indian-origin Shalabh Kumar claims Trump has agreed to move a bill declaring Pakistan a terrorist state.

The only area wherein Trump has displayed hesitation after getting elected, is the appointment of a special prosecutor for Hillary Clinton’s scandals. This was something he promised during the second presidential debate, which not only handed him the debate but struck a chord with large sections of the American population. Post his victory, the general sentiment was that he should be gracious and let her go scot free. This came from a section of people trapped in the confines of political correctness, who find vindictive politics unacceptable. What many do not realize is that the effects of jeopardizing national security and pimping the country to the highest bidder on several occasions, do not disappear. If anybody can deliver justice under these circumstances, it is Trump.

Those who came out in large numbers to vote for Trump, are the same people who voted for Obama in 2008. Back then, despite being in active politics for long, Obama was the candidate that represented change, the outsider who would barge in and ‘drain the swamp’. Obama’s legacy will be complicated, with several ups and downs, pros and cons, successes and failures. But today, Obama isn’t the man he once was. He came in as an outsider, but will leave the White House as a vital part of the establishment he once vowed to take down. The FBI’s erratic behavior in the run-up to the elections, a virtual tug-of-war between the facts of the case and the administration’s agenda, was Obama’s final straw. One hopes Trump continues to remain adamant, that the establishment does not get to him, and that he dents it successfully in certain places.