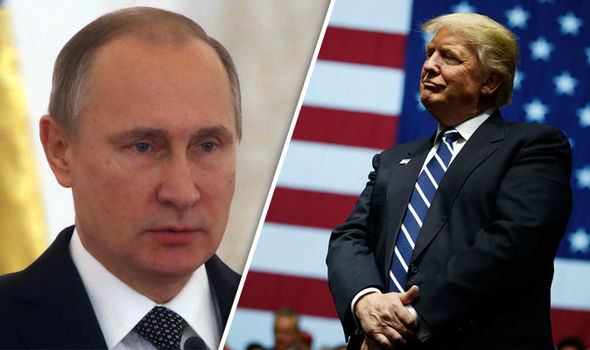 As Trump capitulated himself from a dark horse in the American presidential ring into an unlikely winner, a stunned establishment is trying to gather ground. The back lash emanating from the same has thrown most of his detractors into a huddle and knives are out in the open to somehow muzzle or downscale the enormity of his unexpected victory. Undoubtedly his drain the swamp war cry in the elections which was based on the premise of avoiding all Washington lobbyists and insiders has never replicated in reality. His prospective appointees such as Senator Jeff Sessions and a lot of names doing the rounds happen to be Republican regulars and so may be criticism in that particular context is seemingly understandable. However, the ground swell to perhaps portray his win as some sort of an impending doomsday and a sheer conspiracy of sorts too seems like an agenda.

There is a growing perception about the increasing gap in the popular vote exceeding 2.5 million and this has raised questions of electoral college electing Trump as the President in some circles. As a matter of fact, this reminds you about 2000 presidential edition where Bush managed to steal the election from Gore setting many tongues wagging and the infamous Florida recount affair. But the campaign here to dislodge his credibility of winning has gained unprecedented sway and a new revelation in the midst of it all has raised glaring questions. Are there gaping holes in the overwhelming acceptability of Trump as the President or his anti-establishment stance has rued those in the political regulars of Washington (like we have Lutyens in Delhi) to stage a subtle smear campaign of sorts? It is an open ended question and can swing on either side of your political beliefs and support.

The Washington Post has reported an alleged CIA internal investigation which propounded involvement of Russian Govt hackers who deliberately targeted the elections to help their favourite Trump to stride ahead in the polls.

This happens to be intelligence community’s first acceptance of a Russian hand in the elections following rumours abounding during the campaign trail. The acknowledgement comes at a point when even words like impeachment are discussed to somehow curtail Trump ’s march to the White house oval office. Termed as an assessment of the community after a consensus over the Russian involvement, interestingly they did not release any dampening material or a specific intelligence that highlighted the ways or the means by which the hackers have said to influenced elections. Previously thought to have disrupted electronic voting systems on the day of elections, the assessment emphasized breaking into data pool of both the parties with the alleged intent to smear campaigning in form of selective release of only the Democratic party information and this mechanism is said to be the core of Russian hand in 2016 elections. The claims are also furthered into believing that Kremlin was behind the Podesta emails leaked by the Wikileaks which was done to undermine Clinton momentum and is said to have impacted in securing her untimely defeat.

There is no doubt there might be a Russian aspect to the election (Putin is said to work with middleman who invade caught can maintain independence and there will be a plausible deniability from Moscow) but also there cannot be a denial about various other factors pertaining with the release of the story. Timing is the key as much of the momentum is galvanized in derailing his White House journey now with never seen build up before to skittle a presidency especially after it has gathered the necessary mandate. The assessment by the intelligence community is strongly in the realms of the establishment. President Obama is a Democrat and undeniably the main stream papers like New York Times and the Post have picked the story to steer more mass in the momentum to stop Trump. Even if Kremlin had a hand, the glittering spotlight to the story cannot be a co incidence. American intelligence community has been a tool and an instrument for those in power as we have seen how Colin Powell with his swanky weapons of mass destruction presentation of sketchy intelligence reports and ‘assessment’ built a case to invade Iraq which later turned out to be false. The Gulf of Tonkin incident or even Iran 1953, CIA and its agency sisters have manoeuvred intelligence to further policies and may be this time around they may have been used to exaggerate Russian interference. As a matter of fact, the Podesta mails have been connected to Kremlin by papers whereas Wikileaks and Assange has flatly denied their source was the Russian Government.

It is important to note that the engine of anti-establishment winds which Trump promised to introduce has not really materialised looking at the list of his cabinet hopefuls. Yet the growing tirade to stop him from occupying the most powerful chair in the world is also polarized. The question whether he is deemed fit to serve does not materialise anymore as he has won the election already. The ensuing under current to hound and stop him has gained profound proportions and the debate whether Russia aided his victory or not is important. And so is the timing of the release of this news story.