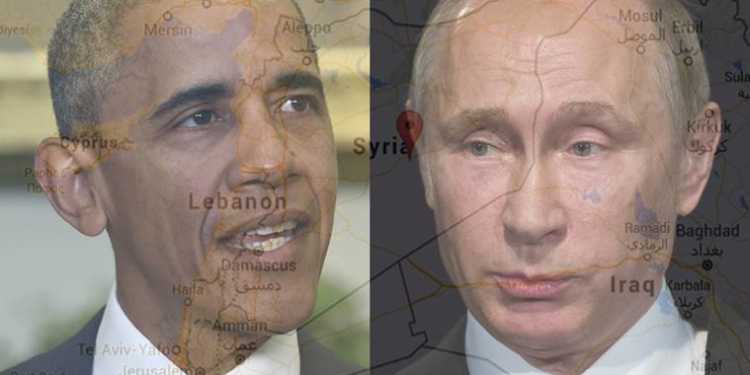 This is no mere saying for every single tyrant at the end of his days ended up committing atrocities, frauds and debaucheries of various kinds in an attempt to salvage his ill-gotten regime which was now falling apart. What Obama is doing is exactly that – an attempt to salvage whatever is left of his crumbling leftist tyranny over the United States’ executive branch of government.

The cherry over this tyranny’s icing is that Obama expelled 35 Russian diplomats to the USA – a move that was actually quite predictable given the history of Obama’s foreign policy.

The Democratic Party’s swing to the extreme left in the last decade came as no surprise. With Obama at the helm, it was only obvious that the Internet’s leftist social justice warrior rabble now had a place within the White House for 8 whole years. What does surprise everyone today is the level to which the American left has stooped. Just a week ago, with no evidence furnished whatsoever, the CIA put out a statement that Russia had ‘rigged’ the American elections. If that was not enough to bring in an investigation by the Dept. of Justice against the entire election process, Obama coolly looked the other way as Erdogan’s armies marched into Syria earlier this month in hopes that Russia would attack Turkey. This trap to lure Russia into attacking a NATO country failed and mind you – this is nothing new. This is an age old trap that has repeatedly failed in the past as well.

In 2008, the American government tried luring Russia into a war with NATO by backing Georgia into invading Russian Ossetia. It was an epic failure. Obama’s Administration stooped quite low in 2009 when it provoked Ukraine into a conflict with Russian government run gas giant Gazprom. Not surprisingly, Joe Biden’s brother happens to be a showstopper in Ukraine’s natural gas industry, running whose show was the American installed Ukranian puppet Yulia Tymoshenko. It failed as Putin managed to install his man – Viktor Yanukovich on Ukraine’s throne who in turn had Yulia jailed.

Real shots however were fired when America yet again backed a regime change in Ukraine in the form of Euromaidan. Joe Biden’s orchestration and fuelling of the Euromaidan protests in Ukraine in 2014 was to lure Russia into invading Ukraine – something that Putin did by Blitzkrieg, capturing a whole army in Crimea without a shot being fired. The Anschluss style plebiscite that followed overwhelmingly made the whole thing legal, putting an end to any possibility of war with the USA. Even as pro-Russian Viktor Yanukovich fled the country, Putin got what he wanted without bloodshed – Crimea and the complete destabilization of American attempts to take Ukraine into its orbit. In July 2014, America blamed Russia for a passenger plane getting shot over Ukranian skies in the midst of the Euromaidan protests, and effectively, this was the start of America’s manufactured bogey man image of Russia.

Ever since Malaysian airlines flight 17 was shot under highly mysterious un-investigated circumstances above Ukraine, America seems to have been trying to provoke Russia into a conflict. When nothing worked, they funded the FSA and other groups like ‘Liwa Al-Tawhid’ in Syria hoping to emasculate Russia’s only Middle Eastern ally – Bashar Al-Assad. It failed.

What was worse was that Turkish occupied Syria, i.e. NATO occupied Syria became a safe haven this year for most of Al-Assad’s enemies such as ISIS and FSA. By now, FSA units had started joining ISIS quite openly. This time, Al-Assad called Obama’s bluff by inviting Putin on a peacekeeping initiative to Syria. In the wake of Russian intervention in Syria, Putin seems to have called Obama’s every bluff by not attacking NATO Turkey, but instead, attacking ISIS and FSA. In a time when Obama had no excuse at all to march full scale against Russia, along came the American elections and completely contrary to Obama’s expectations, Trump won. Added to this was Trump’s promise of completely halting America’s foreign political culture of regime change – effective since 1945. Obama’s grand design of starting a Barbarossa II against Russia was completely stymied and a despicable Tom-and-Jerry style failure.

A slap in face for the leftist Americans:

The status quo thus was –

So what does Obama do to salvage his twin failures both at home and the Middle East:

As the world quite obviously laughs at Obama and his comical failings, and as Obama’s own nation has spurned his mandate, Obama tries every single trump card – including the age old cold war era threat tactic of expelling Russia’s ambassadors – 35 of them. Is it any surprise at all that in the midst of all of this conundrum, Andrei Karlov – the Russian ambassador was to get conveniently assassinated in the heart of Turkish soil? And is it any surprise that immediately after that, Obama should expel the ambassadors of the very nation which is bearing the brunt of the entire Middle East’s war on its shoulders, repeatedly calling America’s bluff every single time it was being lured into conflict in 8 whole years?

In all this, if Hillary had won the White House, it would be fair to state that for the first time in US history, the UN veto of the United States would have been used in Palestine’s favour against Israel. It would also have come to pass that Russia and the USA would have directly come to war in the coming 4 years. As that has not happened, Obama turns to the final leftist tactic – blaming and whining – “It is all Russia’s fault. It is all Al-Assad’s fault. It is all the fault of white supremacist misogynists….blah blah jibber jabber…” The world by now has stopped caring for these self-righteous pretentious Marxist rants.

The only thing Obama has truly achieved on his way out is bringing the world many steps closer to world war, and in the process – making the entire Democratic Party into the newest member of the left-created card carrying victim class of America and the world.

America would do well to forget these 8 years and the very existence of an Obama administration.