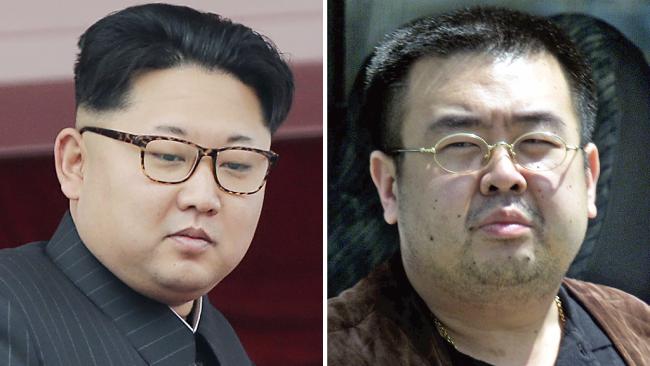 Almost a week after it took place, North Korean elite Kim Jong-nam’s murder at the Kuala Lumpur airport remains shrouded in mystery. Once the heir to North Korea’s dictatorship, Kim had been waiting to board a flight to Macau, his residence in exile.

The details of events transpiring from that moment onward remain hazy, though the most prominent explanation has been that Kim was approached by two women and sprayed in the face with a chemical substance. Kim felt uncomfortable and reported the incident to airport authorities, who checked his condition and deemed it necessary for him to be hospitalised. Japan’s Fuji TV did take the initiative to share CCTV footage which they purport to be of the murder, though it remains unverified and is grainy in nature. It is during his trip to the hospital in an ambulance when Kim was reported to have suffered a seizure and died.

Of the two female suspects, one carried a Vietnamese passport, though her documentation has come under scrutiny and her identity questioned. The second has been identified as Siti Aisyah, a 25 year old Indonesian who claims that she had been paid a cash sum to spray water into Kim’s face in what she thought to be a television prank, quite unaware of the liquid’s toxic contents. Aisyah’s Malaysian boyfriend, who had been present within the airport’s confines at that time, too was arrested, along with a North Korean man named Ri Jong Chol.

Malaysia has since then kept the flow of information to a minimum and had even refused to identify the body as Kim’s, until a positive identification by South Korean officials compelled them to do the same. The corpse was then given to the forensic department for an autopsy, the details of which too have been kept under wraps.

Their reluctance to proliferate information that could be potentially damaging to the Kim Jong-un administration has been in part due to their diplomatic ties with North Korea, which makes them one of the few remaining countries who maintain cordial relations with the communist nation.

Relations between both nations were born in 1973, in a decade when North Korea made significant efforts to maintain ties with all members states of ASEAN (Association of Southeast Asian Nations), which had been established back in 1967.

But over the years, Malaysia’s increasing importance in the global economy has prevented its government from often engaging in dialogue with North Korea, for international pressure would mount in a heartbeat if there were such a situation, while even the population too would likely be intolerant of the same. Thus, the relations have been watered down and remain existent for nothing but the sake of respect on Malaysia’s part.

But what remains too could be damaged, for North Korea has demanded Kim Jong ‘s body to be handed over.

The shadowy administration’s decision to, for once, make a statement on an issue not concerning its nuclear arsenal stands in stark contradiction to their normal diplomatic code of conduct and might shed light on their desperation to recover Kim’s body.

Even the nation’s ambassador to Malaysia, Kang Chol, alleged that authorities in Kuala Lumpur had illicit intentions in keeping facts concealed.

Yet, Malaysia’s remained firm on its resolution and has cited national legal procedure on the matter, for Kim was thought to have children with multiple wives in both Macau and Beijing, though none have stepped forward to aid his process of official identification, only the conclusion of which will compel Malaysia to hand over Kim’s body.

This has directed more attention toward one of Kim’s two children whose existence we know of, his elder born som, Han-sol.

The foreign educated 21 year old has long been heralded as the only bright spot in the otherwise looked down upon Kim family and, much like his father, has been an open critic of his uncle’s administration throughout his period under the public limelight in Europe.

After Kim Jong-un had his own uncle murdered in 2013, Han-sol, who had been attending Le Havre University in France at the time, was provided ample police protection in order to safeguard him from the same fate, something which is being replicated this time around too, for his current whereabouts are unknown and, according to commentators, will to remain that way as part of plans to keep him safe. It’s unlikely that Han-sol will step forward to aid Malaysian authorities, for that would return his father’s body to an uncle he despises.

But of all questions that remain unanswered, the one concerning the motivations of those who sanctioned Kim’s murder is the most important and the Malaysian head of police, Noor Rashid Ibrahim, dropped a hint over the weekend regarding it.

The chief announced that his department had issued arrest warrants against four North Korean men who had flown out the Kuala Lumpur airport on the day of Kim’s murder and lodged requests with bodies such as the Interpol to aid their pursuit, not only forcing the few thousand North Korean citizens in Malaysia to lay low and avoid suspicion but also birthing a myriad of conspiracy theories concerning their government’s involvement in Kim’s case. These aren’t outlandish whatsoever, taking into account the fact that one of Kim Jong-un’s first intelligence orders upon becoming Supreme Leader was to sanction his estranged elder brother’s assassination, though the attempt failed and South Korean authorities later captured the assassin, who testified to his actions.

But Kim Jong-un’s reasons to eliminate his brother aren’t clear, for Jong-nam never did pose a threat to his position and had always displayed an exceptional lack of interest in becoming dictator and was often a vocal critic of his brother’s rule, expressing disappointment in his decision to not adopt a more progressive form of government.

There’s also the fact that, until 2001, Jong-nam had been heir apparent to the dictatorship, something which he never did take and Jong-un feared he would’ve snatched away from him someday.

At first, both father and son had a model relationship. The elder Kim would made sure that his son would learn the ropes to one day take his mantle, while his son’s mere presence would bring about an end to his loneliness.

For he was the son of his father’s concubines, Jong-nam’s existence was initially kept a secret during his school years and he would be sent off to a foreign institution once he had attained adulthood.

Upon his return from Europe is when Jong-nam’s relationship with his father soured, for he now possessed a liberal outlook on the world and a seed of disillusionment about his own nation had been planted.

Yet, despite his views differing from those of his father, Jong-nam was granted administrative positions of the upper echelons and still projected as the future Supreme Leader.

But then, Jong-nam’s fate took a tumultuous turn. In 2001, he made an attempt to enter Japan using a fabricated passport – to visit Disneyland.

The event led to a festival of embarrassment for the regime and compelled Kim Jong-il to banish the son whom he used to cherish more than anyone else in the world.

The supreme leader made sure that the once unofficial heir to his cult of personality would now become an official outcast of the ruling family.

Within weeks, Kim Jong-un’s mother was lifted to a pedestal of divinity and fabled as the woman incapable of birthing anyone but the righteous.

Jong-nam was ostracised and he fled to China, furthering himself from the regime. Though the desire to frequent Disneyland pales in comparison to Kim Jong-un’s often childish antics, the younger brother had fate by his side.

His murder was the last chapter in a life which saw Kim Jong-nam with the stars and then fall from grace.