With its joint military drills with Nepal, China is trying to send a message to India 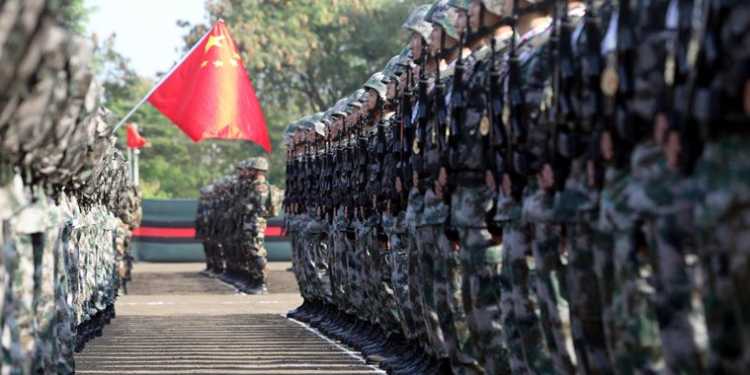 China has started its first ever bilateral military drill, Sagarmatha Friendship – 2017, on 16th April at Nepal Army’s Maharajgunj based Training School in Kathmandu. The 10-day exercise is being touted as counter-terrorism and disaster response activity. It was proposed by Chinese Defence Minster General Chang Wanquan during his visit to the Himalayan country on March 24th this year. In the past Nepal has conducted similar exercises with U.S. and Indian military.

Nepal states that the drill is a part of its regular bilateral and multilateral military exercises aimed at sharing experiences, skills and professional knowledge which it has been doing regularly with the nations that it shares diplomatic ties with.

The two countries, of late, have been engaging actively. In February, Major General Zhao Jinsong of China’s PLA (People’s Liberation Army) visited Nepal which was followed by a visit of the Chinese Defence Minster who then announced 300 million Yuan of military aid to Nepalese Army. Along with this China and Nepal also signed agreements to the tune of 1 billion Yuan for reconstruction projects of regions destroyed by the earthquake and upgrade of Nepal-China roads.

Nepal suffered a five month economic blockade of Indo-Nepal border from September 2015 to February 2016 resulting in hardship for common Nepalese on the street. The India backed ethnic madhesi population in the border areas of Terai wanted Pushpa Kamal Dahal “Prachanda” to replace K.P. Sharma Oli as the Nepalese Prime minister because he had committed to resolve the problems of the madhesis by amending the constitution. Chinese had been on terms with K.P. Sharma Oli and hence were backing him.

True or not, the general perception in Kathmandu among the top level bureaucrats is that India was behind the blockade. China was quick to trap this discontent and started hosting Nepal government officials, security officials, journalists on official visits to Beijing and the Chinese two have been travelling to Nepal frequently. Effective lobbying does reap benefits.

China has never been involved to this extent in Nepal.

Its only interest was that Nepal keeps a tab on Tibetan separatists. Nepal only had to be on friendly terms with China and in return would get investments in its police and paramilitary forces. Some of which were then deployed to the Tibet-Nepal border to check the infiltration of the Tibet activists. Quite visibly, the recent moves have been been made to dilute India’s involvement in Nepal.

China has been wary of its encirclement by U.S. and its allies in Asia. The ever so growing relations between India and U.S. has worsened that fear. They feel that U.S. has exported its Nepal policy to India. Although subtly, Trump’s questioning the ‘One China’ policy hasn’t helped their fear. China is undoubtedly the Asian behemoth – economically, militarily and diplomatically.

The military drill is another attempt to exert its regional power.

The move by China certainly made India uneasy. Given its diplomatic, military and cultural relationship with Nepal, India raised a strong objection to the military exercise, after which it was scaled down. Rising Chinese influence in Kathmandu is definitely a worry for India and a course correction is required. India would do well to sign to mend its ties with Nepal given that the current Nepalese government is keen to do so. Near future may present India with some opportunities to extend trade ties with Nepal as it is a resource starved state and depends on oil imports from India. Bilateral concessional trade agreements and people to people contact would definitely pave way for regaining India’s position in political circles of Kathmandu.

This is how China handles Islamic Terrorism

ISIS’s one trait makes it different from all other terror outfits, and hence virtually unassailable