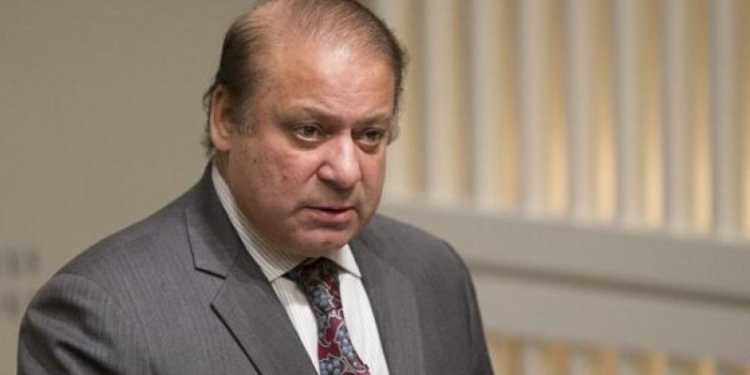 With money, many things can be bought or arranged, even a visit by the President of United States.

To prove its financial (definitely not spiritual) might to fellow Muslim nations, the crown of Islamic World Saudi Arabia organised an Arab Islamic American Summit.

First, the name. There used to be Christian Arabs, who are almost extinct. So, what does the name Arab-Islamic denotes? It simply differentiates between Arabs and others, who also happen to practice Islam. This is one strong juxtaposition that could be arrived at, if the name is analysed in reference to the history of Arab World. Is it sublimely indicating elimination of Shias too? Yet to be confirmed.

Speaking before all leaders of Islamic nations, Donald Trump said all nations have an absolute duty to ensure that terrorists find no sanctuary on their soil. A funny thing to say. Stopping terrorist activities against other nations, on their soil, they must have wondered. The problem with unemployed terrorists is that they start targeting the government. So, all these leaders (must have) had a hearty laugh at Trump’s suggestion.

Jokes apart, Trump was serious when he read this piece from his papers. Donald Trump also said how India, Russia, China and Australia have become victims of terrorism. He declared: Terrorists do not worship God, they worship death. I suddenly remembered Gulzar’s poem from Anand – ‘मौत तू एक कविता है’.

For all practical purposes, except becoming a diplomatic gesture, Trump’s stance on India is nothing new. America always recognised India was a victim of terrorism that emanated from foreign soil. What was new, then? News is America stopped calling Pakistan too as a victim of terrorism. Reading more into the isolated statement of Trump may provide nothing. This statement may be perhaps the result of increasing proximity between China and Pakistan that is annoying America. Who would like to lose control over a vassal state in a remote area?

Longer part of Trump’s speech was aimed at Iran and its evil designs, as if he was playing to please his financers. Rouhani, President of Iran, had immediately rebutted Trump’s speech accusing Saudi Arabia for funding terrorism in the middle-east. He too claimed Iran fought ISIS with help from Syria and Russia. Rouhani dismissed the summit as a ceremonial event that has no political value and will not bear any results. Well, a good round of accusations to prove earth is really flat.

Who were left burning then, after Trump’s speech?

Opposition parties in India. How the hell American President dared to tell the truth now, when Modi is in the seat of power. They were left wondering why and how Obama could not muster the courage to call a Rogue, a Rogue.

Nawaz Sharif, who was rehearsing his speech during his flight to Riyadh, remained speechless – literally.

Most vocal about the ‘Royal Ignoring’ that Pakistan was awarded by Trump and Saudi Arabia was Imran Khan. He was lamenting how all the ‘sacrifices’ Pakistanis did have been looked over. Imran was even vocal about Nawaz Sharif’s failure about not isolating Iran, paving way to divide the Muslim world.

Inspired by Mani Sankar Aiyyar to criticise his own Prime Minister, Imran further said how Nawaz Sharif was disgraced at Riyadh, as he lacked self-esteem and how such prime ministers are bring bad name to the country.

What is the learning for Pakistan, from this entire episode?

After all, Arabs are Arabs. And Islam is for Arabs. Despite all the propaganda about ‘no-classification’ in the religion, the Sunni majority Saudi don’t consider Muslims of other nations, equal. As Pakistanis called Indian migrants ‘Muhajjirs’ Saudi too discriminate against other Muslims. Working on behalf of paymaster is one thing. But, considering equal to the paymaster is another. Saudis know where to draw the line, and they did.

This is a lesson to the Musa type ‘misguided youth’ and Zakir Naik type preachers, who are financed by Arabs. Muslims of other nations are simply expendable, when the time comes. So is created the myth of Jihad, to sacrifice these pawns to propagate interests of Wahhabism. It is time even Indian Muslims take notice of how Pakistan is being treated by – forget the Americans, who were always arrogant, but the original torchbearers of Islam, the Saudis.

One may change his god, may change the attire and customs. Can one change his skin and character? Arabs remain Arabs. Indians remain Indians. And, even Pakistanis remain – Indians. Haha! So, time to stop dreaming of Jihad and enjoy Jalebis.