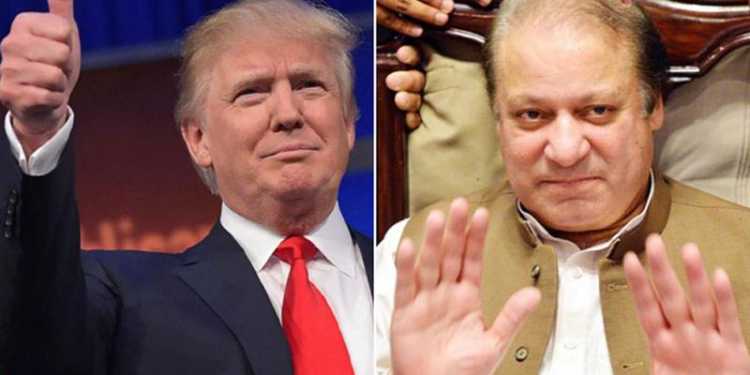 If at all he read books before he started minting money, Donald Trump must have read many spy thrillers. Not the suave James Bond stories, not even his American equivalent Nick Carter, but those racy thrillers of Robert Ludlum with the protagonist moving across the Atlantic into the narrow streets of downtowns of all cities that are on the map. Like the plots in Ludlum’s novels, even Trump’s strategy is full of contradictions because there are circles within circles. And when any of his representative speaks, it is not what he said but what was left becomes critical forcing the readers to read between lines.

Two statements of fact were said by the US officials. One, thousands more American troops would be stationed at Afghanistan. Two – dealing with Pakistan will become hard, if not harder. Already Trump has the middle-east reeling under his double game with Saudi and Qatar. For the records, Trump accused Qatar of financing and helping terror groups, and signed a $12 billion dollar deal of weapons. To hell with the world, this is what American armament industry needs to ‘make America great again’.

With the authority delegated by President Trump to deploy thousands of troops, defence secretary James Mattis announced more troops would be moved to Afghanistan.

Why more troops? Was this not a reversal of American policy of exiting Afghanistan after acknowledging the failure of fighting a war in Afghanistan against first with Taliban and then Al Qaeda and again with Taliban?

First let us move more troops in, we can form a strategy later – this was the answer. True, this may sound like tying the cart before the bullock. Still, the secretary had the audacity to say this in a simple manner. Why? How can one define the win or lose in such a fight? There is no Saddam Hussain to kill and claim a win. Who cares?

Like always it was the business interests of America that would guide the strategy (if I am permitted to use the word, when they themselves refuse to acknowledge such thing) with all other nations including friends and foes.

Also in the news is the possible downgrade of Pakistan’s status from being a major non-NATO ally. Of course, US knows it cannot leave Pakistan on its own. So, the Pentagon spokesperson said “both nations would continue to cooperate on a range of national security issues”. Whose national interests? This is not to be answered but to be understood.

It is though widely acknowledged fact that Pakistan houses and actively supports terror groups that target both Afghanistan and India, so far America could not do nothing. From the anti-Soviet era, Pakistan has mastered the art of fleecing America but further its own interests. America is the goose that lays golden eggs for the top echelon of Pakistani Army. However, they sensed the American goose is turning sterile and so reared the Chinese version to have a continuous supply of funds.

If America enhances its capabilities in Afghan base, why they still are trying to engage Pakistan? With such a large fire power in their arsenal, it is only a matter of time for America to reduce all areas populated by Taliban and its supporters in both Afghanistan and Pakistan to the present state of Iraq or Libya in one year. But, America wanted to use its bases in Pakistan and target the Taliban and Haqqani network.

Fleet enhancement in Taliban will only act as a security and at the best a back-up force. Despite the frequent threats that emanate from various quarters of US establishment, except blocking funds to buy new fighters, no major action was taken against Pakistan.
In the coming future America will not vacate Pakistani territory. The engagement with Pakistan will continue, despite it is not welcome even by the new majors of Pakistan.

Of late, Pakistani establishment has sensed the change in moods of Americans, with the advent of ISIS and Pakistan becoming the fountain head for world terrorism. People of Pakistan had already understood the power manipulation game being played by Americans and are vocal against the US. However, it is true that the American help during Soviet occupation of Afghanistan that sustained the Pakistani campaign against India. Both Pakistan and America recognise the fact that the relation could never be like before after 9/11. Now, they are like a couple who remain under one roof for the sake of future inheritance.

For America, however it is China that forces it to continue its presence in Pakistan. This is the reason why America can never abandon Pakistan.

The moment America leaves Pakistan, Haqqani or not, Chinese would be replacing their absence. Unlike the Americans, Chinese have more stakes in controlling internal violence as lives of their civilians in Pakistan are at stake. It would only be a matter of months they flush out all Haqqanis out of their caves in the northwest, though they may not engage in what happens across the border in Afghanistan and not even on the groups that target India. Though that would precipitate matters between India- Afghanistan and Pakistan, China doesn’t care because this only exposes the failure of America that was present in the region for more than four decades.

This is where America has a problem. The brand value of America is at stake. So, they will continue the mock drill that is being carried out in Tora Bora caves for over a decade till they decide how to deal with China. Sometimes, when the journey is downhill and the bull is limp, it makes sense to push the cart, with bull placed inside.