China kept provoking, Thinking It Was Just Another Indian Government. But What Modi has been doing is Epic 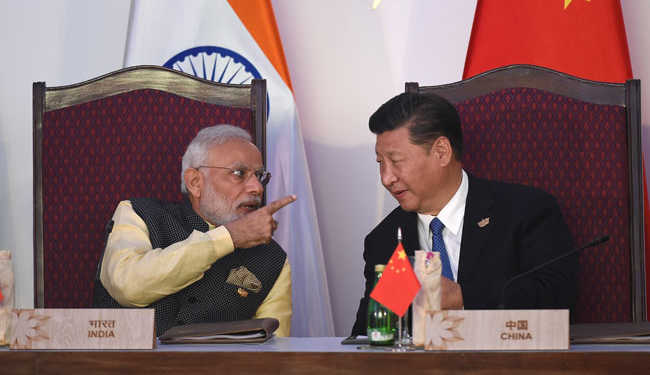 It all started in 2015. The PLA Navy operates 2 Shang class and 3 Han Class nuclear submarines along with 56 conventional diesel-electric submarines under four different classes. All these are targeted at 10 Active & 2 Under construction gigantic aircraft carriers of US Navy.

This is a cost effective planning of PLA navy that a fleet with large number of less costly conventional submarines against very costly nuclear powered super carriers. But the honeymoon is now spoilt with LEOMA – Logistics Exchange Memorandum of Agreement and P8 I Neptune. The cherry on the cake was “Guardian unarmed surveillance drones” or in other words no entry for Chinese subs in Indian Ocean and that is the major reason of Chinese concern. The Strait of Malacca is one of the most important shipping lanes in the world.

The strait is the main shipping channel between the Indian Ocean and the Pacific Ocean, Over 94,000 vessels pass through the strait each year, in 2008 making it busiest strait in world, carrying about 80% of the china’s oil and backbone of Chinese economy, the manufactured products. In addition, it is also one of the world’s most congested shipping choke points because it narrows to only 2.8 km.

The proximity of the Andaman and Nicobar Islands to Malacca Strait makes them very strategic with regard to monitoring of the area and keeping the choke points under surveillance with state of art P8 I Neptune and 22 Guardian drones and this is what is making china rattle.

The rattling can also be experienced as the alternate route of oil “China-Pakistan Economic Corridor” is already facing issues with “Baluchistan Liberation Army”   thus frustrated China despite of being Militarily stronger unable to make India step back. The constant provocations in Arunanchal and now in Bhutan-Sikkim tri-junction are just Chinese frustration of being unable to make India submissive.

From 26th May 2014 the emphasis of Prime Minister Narendra Modi was to contain China and in series of action from LEOMA, Japan-US-India tri-lateral military exercise, selling of arms to Vietnam, establishing mountain strike cops, Railway & Road network in Arunanchal and especially near Tawang.

Now connecting all the dots it’s quite evident that China is very very insecure and rattled. The Chinese always had a strategy of offensive defense against India.

With Narendra Modi government at centre and changing geo-politics where China just made enemies and India added friends it will be quite interesting to see what China comes up next though they are running out of options and will have to mollify this bullying attitude…..

Move Over! The Apathy for Israel is Officially Obsolete