Few Days Back, Donald Trump broke the Spine of Pakistani Ecosystem and This is Just the Beginning 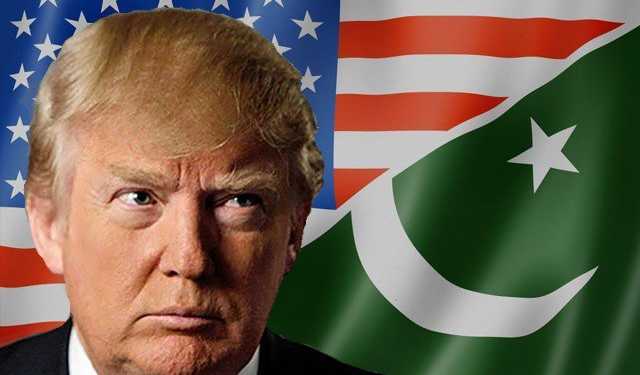 Last year, when Donald Trump was elected as the President of the United States it was expected that he would take some measures to curb radical Islamic terrorism as POTUS which was one of his pre-poll promise. There had been flip-flops with his views on some issues after being elected but ending Radical Islamic terror is not one of them. There is a golden mantra “Always deliver above expectations” and Trump seems to follow it. In June, before Modi-Trump meeting, the USA labelled Syed Salahuddin a global terrorist. Syed Salahuddin is the founder of terror group Hizb-ul-Mujahideen and United Jihad Council, whose members have carried out numerous terror attacks in the valley and continue to fuel Kashmir unrest. They operate in Kashmir under the guidance of Pakistani Army which is the biggest benefactors of terrorism. Just to remind you Salahuddin is the same person who has vowed to turn the Kashmir valley “into a graveyard for Indian forces”. Putting him in the league of global terrorists indicates that the US under Trump administration is more inclined to respond India’s concerns on terrorism originating from Pakistan. Even the joint statement released after Modi-Trump meeting was significant as it unequivocally called upon Pakistan to ensure that its territory was not used to launch terrorist attacks on other countries. It specifically mentioned cross-border terrorist attacks carried out by Pakistan-based terror groups on India.

Pakistan could not bear the bonhomie between Modi and Trump. Of course, the bear hug between both the leaders covered many editorials. Pakistan was in complete shock and could not digest this.

Even before it could come out of trauma, few weeks back the United States listed Pakistan among nations that provide “safe havens” to terrorists to operate. As per the US State Department the terror outfits like Haqqani Network, Lashkar-e-Taiba (LeT) and Jaish-e-Mohammad continue to operate and train their members in Pakistan. India continues to be a victim of attacks by Pakistan-based terrorist outfits.

The report ‘Country Report on Terrorism’ released by State Department states that:

“Although LeT is banned in Pakistan, LeT’s wings Jamaat-ud-Dawa (JuD) and Falah-i-Insaniat Foundation (FiF) were able to openly engage in fundraising, including in the capital”.

As we all know LeT ban is just hogwash by Pakistan to present its clean image in front of the world. Its subsidiaries continue to operate under the guidance of terrorists such as Hafiz Saeed and Zakiur Rehman Lakhvi.They openly organize fundraising campaigns in the name of social service and Kashmir independence.

“LeT’s chief Hafiz Saeed (a UN-designated terrorist) continued to address large rallies, although, in February 2017, Pakistan proscribed him under relevant provisions of Schedule Four of the Anti-Terrorism Act, thus severely restricting his freedom of movement”.

Despite being listed under UN sanctions the Pakistani government did not reverse its December 2015 declaration that JuD is not a terrorist organization. According to Pakistani authorities, Jamaat-ud-Dawa (JuD) is a charitable organization which has no links with terrorism. It was only under severe US pressure Pakistan placed JuD “under observation” to pacify West.

The State Department further states that Pakistan had not taken sufficient action against the extremist organizations that continues to operate in the country. Pakistan distinguishes between good terrorism and bad terrorism. It has not taken any substantial action against the Afghan Taliban or Haqqani that continue to destabilize Afghanistan. This threatens US strategic interests in Afghanistan. It exemplifies Pakistan’s biasness against terrorism by stating that its military has conducted operations against groups that conducted attacks within Pakistan such as Tehrik-e Taliban Pakistan but no action has been taken against organizations such as LeT that try to destabilize Kashmir.

All this was not enough Trump administration decided to punish Pakistan by blocking $350 million coalition support fund as it has failed to act against ‘Haqqani Network’ which is responsible for a number of attacks on American and Indian interests in Afghanistan. The ‘Coalition Support Fund’ is not security assistance, but rather reimbursements to key cooperating nations for logistical, military and other support provided to U.S. combat operations. Pakistan had been one of the largest recipients of coalition fund reimbursements in the past. Since 2002 it has received more than $14 billion of which majority of amount had been diverted to terror groups involved in anti-India activities. India which is involved in various civil infrastructure and development projects in Afghanistan had faced many attacks on its consulate in Afghanistan. In 2014, terrorists attacked its consulate in Heart three days before Modi was to be sworn in as Prime Minister of India.USA under the new administration is reviewing its Afghanistan policy. Under the National Defense Authorization Act, it is mandatory for Secretary of defense to verify before congress that the country for which funds are to be released has taken actions that are in favor of US national interests. James Mattis, US Secretary of Defense refused to certify that Pakistan has taken actions against ‘Haqqani network’ which is major obstacle to peace and security in the region. However, Mattis is not the first one to do so. His predecessor Ashton Carter who was Secretary of Defense in Obama administration also refused to certify before congress in not so distant past. This can only mean a boost for India’s position internationally on Pakistan-backed terror.

Unlike his predecessor (Barack Obama), Donald Trump is acting swiftly against the ‘state sponsor of terrorism’ Pakistan. The country that is the safe haven of notorious terrorists is surely in trouble but it’s unlikely that it would fix its ways. One must not forget that Pakistan is the same country that had given refuge to Osama-bin-Laden who is regarded as an epitome of Jihad. India and United States both face threats from same terror groups. They must strengthen cooperation against terrorist organizations such as al-Qaeda, the ISIS, JeM, LeT etc and write their obituary. One must hope that the actions taken by Donald Trump are just tip of the ice berg. Owing to the gravity of crimes committed by Pakistan it deserves much severe punishment. Only when ‘axis of evil’ in South Asia is decapitated then one can expect peace in the region.