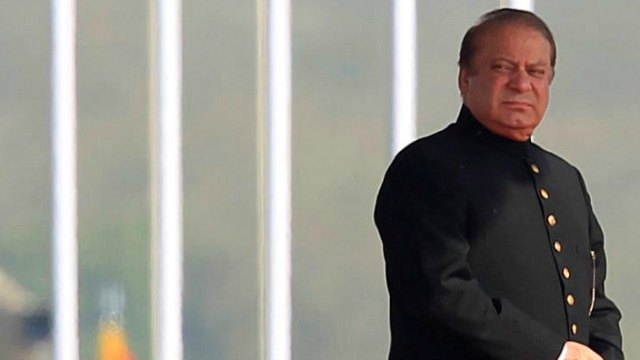 Finally Nawaz Sharif was disqualified for life by the Supreme Court for his family’s involvement in Panama papers. In other words, he was simply dismissed and told he can never even try to return to power. Well, there are many ways to look at this affair. On one hand, it appears the Supreme Court was trying to set right some things in the democracy by acting tough on ‘Corruption’. On the other hand, entire investigation was orchestrated by the Army, even as two active members of it became part of the JIT that investigated the issue at hand.

One may wonder, how the hell the JIT could complete its investigation within such a short span and be conclusive in its report, when the same Supreme Court could not investigate cases of far severe nature against the ever elusive Musharraf. Musharraf was accused of scheming the assassination of former Prime Minister Benajir Bhutto, and a case of treason too. Yet, he remained in the country for long and was then allowed to move abroad, where he lives comfortably. It is really an ironical situation where selective prejudices of those wielding power choose to respond – either way.

But, does the case involving Musharraf is not investigated mean the same fate should happen to every other case? Was Nawaz Sharif concealed information about his family’s wealth or not is the question at hand, for the current case. Many opined that the Supreme Court has decided the case without proper trial, but such assumption too is wrong.

Supreme Court has asked Sharif to provide funds trail to which he had no explanation.

It is felt that removal of Sharif is bad for the democracy in Pakistan. In fact, this statement is absurd considering the way Pakistan function. Unlike other democracies, Pakistan is an Islamic republic and so the concept of democracy itself is inappropriate.

There may be Islamic countries or democratic countries but not Islamic democracies. Pakistan has to choose either of these two traits and they have chosen to be Islamic. It only serves an academic purpose to debate between democratic and Islamic establishments. There are better Islamic governments and there are worst democracies. Worrying about democracy in any particular nation only makes one think and act like the Americans during cold war period. In their obsession with democracy, they destabilised many a nations including many neighbours of Pakistan.

So, those who are debating the Sharif ’s dismissal better note that it is in the interests of the country to act on the Corrupt, irrespective of repercussions on the society.

Corruption exists in all forms of governments. Even in the days of monarchies, only to prevent the King from being greedy and loot his own subjects, the entire nation was made his property. ना विष्णु: पृथ्वी पति: The King is nothing but God. Till the last royal family of Nepal that was slayed a decade ago, they were treated as God for this reason. And, the erstwhile King had much more credibility than all political leaders of Nepal put together. And, it was because of his character.

“To test a man’s character, give him power” said Abraham Lincoln. Though monarchies have long gone out of vogue and most of the nations in this world are ruled by democracies, in many nations democracy has only degenerated morality in the people often rendering the society into a conglomeration of greedy persons.

Back home in India, we too have witnessed many scandals but none could be investigated and culprits were punished. Politics have become business that need any qualifications and investment. The way families run political empires only show how big these corporations can become. Whether it is Gandhis or Pawar or Lalu or Karunanidhi, Indian democracy only created a new social hierarchy or caste structure wherein politicians are at the top of the pyramid followed by bureaucrats, businessmen who collude with politicians and unionised employees.

Though many blame the capitalist economic policies for the wide inequalities in the society, these inequalities serve the purpose of the ever-increasing-greed of the political class than survives on the hopes of the otherwise hopeless lives.

There is a clamour from some Congress leaders that Modi government is not serious on Panama exposes. And they are true. Despite ruling India for second full term, BJP still functioning like the ‘Opposition’. Though there were at least five non-Congress prime ministers after Rajiv Gandhi, Bofors scandal still remained a puzzle for the investigative agencies. As nothing was done on the explosive accusations of Kalikho Pul, former CM of Arunachal Pradesh in his testimonial letter before suicide, it still remains to be seen whether really old and buried scandals will ever be investigated.

Whether India or Pakistan or any other country, the ruling person is expected to be above guilt. The ruler is not expected to treat the country as only a resource to further family assets. Maybe there is something that explains why an increasing trend of Indian leaders, who are bachelors. Sharad Pawar openly wondered why cannot politicians do business and earn profits. Lalu Prasad Yadav asked why his sons should live in poverty. True, they can do business and not necessarily live in poverty. But, let them choose other professions. As the slogan still remains ‘serving people’, better someone like Manik Sarkar or Adityanath – who don’t mind living poor enter politics than those who intend to treat it as a profession.

It is high time for Indian Courts to take cue and complete trials involving high and mighty as quickly as possible. If Lalu Prasad Yadav remains on bail for years pending an appeal on his conviction, this doesn’t show our judiciary in good light. A strong, unbiased and faster judiciary really can help democracy by rooting out the corrupt.

Few Days Back, Donald Trump broke the Spine of Pakistani Ecosystem and This is Just the Beginning