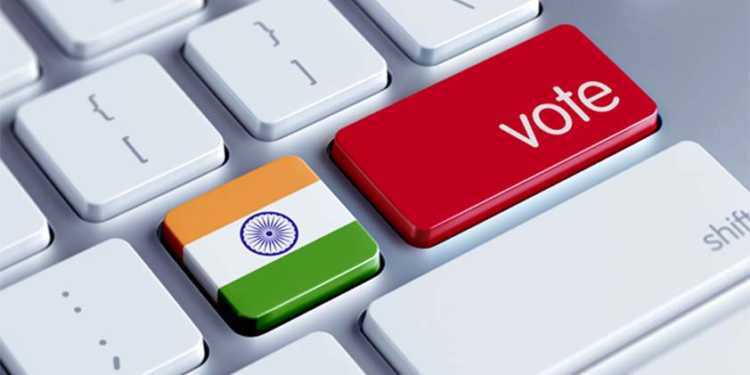 Suffrage more commonly known as the right to vote in public elections is a fundamental right in a democratic country. When a Citizen leaves his country to live abroad he/she does not lose their right to vote. Similarly, NRIs and overseas Indian citizens can register to vote and vote in elections. Simply put, anyone who holds an Indian passport can legally vote.

Despite the presence of this law only 24000 overseas Indians have registered themselves as voters in India. According to data from the ECI only 10000-12000 have actually voted in elections. Also keep in mind that as per UN reports there are 16 Million Indians that live abroad (unclear whether this is total number of Indian citizens or whether this includes people of Indian origin). 24000 isn’t getting anywhere close to the potential voters NRIs can be. The NRIs actually have the capacity to make an immense effect on elections. So the question is are overseas Indians not interested in Indian politics? Is their Desh Prem limited only to social media?

Let’s start by looking at why the numbers are so so low. The very first reason is that despite having the right to vote it is nearly impossible for the NRIs to vote for practical reasons.

Most Indians living abroad are not rich and cannot afford the luxury to travel back to India when elections are held and must plan their trip abroad on their own schedule and not the schedule of the ECI. If they get lucky and the elections coincide with their trip, they get to vote.

Keeping this problem in mind the Union Ministry on August 2 has cleared a proposal to extend proxy to overseas Indians by amending electoral laws. Currently NRIs and overseas Indians are free to cast their votes in constituencies where they are registered. However when this proposal comes into effect, NRIs will also be allowed to use the option of proxy, which as of now is only available to service personnel. Perhaps the government will also consider adding postal vote when this gets rolling.

However Indians should still be registering to vote regardless of whether they actually get to vote or not. The number should definitely be higher than 24000. Therefore the bigger problem seems to be that of knowledge. It seems the government and all previous government have done a very poor job or perhaps in better words have completely failed to give this valuable information to its citizens abroad. There needs to be a better outreach from the government towards their citizens abroad. This will ensure the NRIs are better connected to the country which will help keep these NRIs from becoming citizens of other countries and will also ensure that the NRIs remain more deeply connected to India.

The last point of discussion will be dual citizenship. Most democratic and developed countries allow dual citizenship. This allows an individual to hold the passport of 2 countries, which gives them many advantages which includes suffrage for both countries. Strangely, the Indian law does not allow for dual citizenship. The closest thing to a dual citizenship for NRIs or Persons of Indian Origin is the Overseas Citizenship of Indian (OCI). As an OCI you get you get a lifetime visa to India and get many other rights of an Indian citizen except Suffrage. So even with an OCI, these Indians cannot vote.

In 2003 Vajpayee had promised Dual Citizen for Indians but instead created OCI & PIO. In 2015 the Modi government merged the PIO into the OCI making them one. Hopefully the next step taken by the nationalist government will be amending the legislation to allow Dual-citizenship.

If you are an NRI passport holder, please register to vote in India. The link for the online portal is here.

China’s Day of Reckoning has come, It has been Sentenced to be divided into 7 Small Pieces