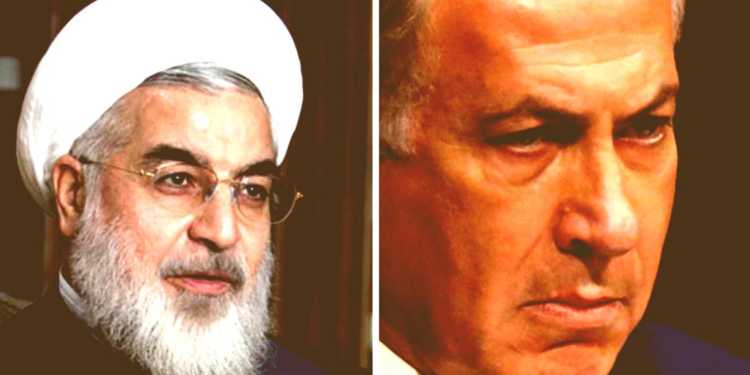 The Iran – Israel war, being fought for decades now; has entered and affected an unlikely territory. It is the area in Syria –those around the border with Israel – which is the new battleground. Syria, which has been rife with turbulence of its own is now seeing the two belligerent nations exercising their muscle powers as part of the decade long proxy war between them.

Few days back, Israelis could go to Golan Heights (It is at the Israel Syria border) and they could view the strife torn areas of Syria with naked eyes. This is no longer the case; as this week the Israel Defence Forces closed the areas for ‘visitors’ and are allowing only the local farmers. The safety of anyone in the region is now at stake with flaming war in the region. Mortar Shells – the precursor to any potential full blown conflict – are flying in full flow landing onto the Israel side. All eyes are on the city of Quneitra crossing, which a sizeable number of Sunni militias entrenched in it. The Iran backed Hezbollah are trying to evict them from the city and are also trying to capture the road that connects Quneitra to Dara (a city in Syria where Anti Assad movements first started). The capture of this road would enable a “Shiite Crescent” which would connect Iran to Israel border; passing through Iraq and Lebanon.

Hezbollah-al-Nujaba, an Iraqi Shiite force has formed “Golan Liberation Unit” and says it is ready to take action to liberate Golan. Some senior figures from Islamic Revolutionary Guards (of Iran) have been pictured to be present near the border recently which is a matter of concern for Israel.

The proxies by Iran does not stop here. Reportedly they are building an arms factory in Lebanon which is a country dominated by Hezbollah now. Iran backed Hezbollah has been a major force in destabilizing and bringing chaos to Lebanon. Similarly, Iran is using Yemeni Houthi rebels to build up arms factory in closely located Saudi Arabia. Though Israel has shot down an Iranian drone in the bordering areas which shows activities of Iran there, recently and is aggressively stopping the influx of arms from Iran to the hands of Hezbollah; it is constantly worried about growing clout of Tehran in the region.

“The Jews who migrated to Israel should go back to their respective countries, because if a war breaks out; they will not be able to leave then” warns Hezbollah.

Though the proxy war between Israel and Iran was going on for decades now; it was never so open. Once Iran backed militias take control of the mentioned road, and the city of Quneitra; they would have cemented a fort right across the Israel border which would be a cause of worry for Tel Aviv. Israel’s Minister Yuval Steinitz said that ‘Iran is attempting to use the civil war to establish air force and naval bases in Syria”

It has tried and successfully eliminated key fighters from Hezbollah thus weakening its ranks on one front; on the other it has extended its cooperation to some rebel fighters. Its two pronged strategy has countered Tehran’s advances to some extent. But Israel is not shy of getting into Syria for a full blown war in order to confront Iran’s plans. A major shift in the balance of power seems to be taking place in the region led by Iran which appears to be a menace for Israel.

In the ever growing complexities of the Syrian crisis, America is playing a complicated role in the muddle. America, despite its antagonism to Shia Iran has considered the latter an ally in the fight against Sunni ISIS. Hence, America is not in a position to immediately weaken Iranian control in the region and support Israel. This has raised concerns for Israel which is evident by the fact that a senior delegation led by Mossad chief Yossi Cohen visited Washington late in August to express Israel’s dissatisfaction with the situation. It was categorically unhappy with the way US-Russia are giving Iran an almost free hand in the geography in dealing with ISIS. But there is a shift in the role of America in all of this. President Trump has made clear that the romantic relationship Tehran enjoyed with Washington was not permanent and that has to change. A major force behind Trump making this announcement is the lobbying by Tel-Aviv.

On the other side, Lebanon’s Hezbollah has accused Israeli Prime Minister of instigating war in the region in the areas of Syria, Lebanon, and Gaza strip. Hezbollah chief has yet again come up with a not so hollow threat this time; that thousands of Muslim fighters from Pakistan, Yeman, Iran, Iraq and adjoining Muslim countries may join the fight if the conflict were to continue. The rhetoric is shrill now.