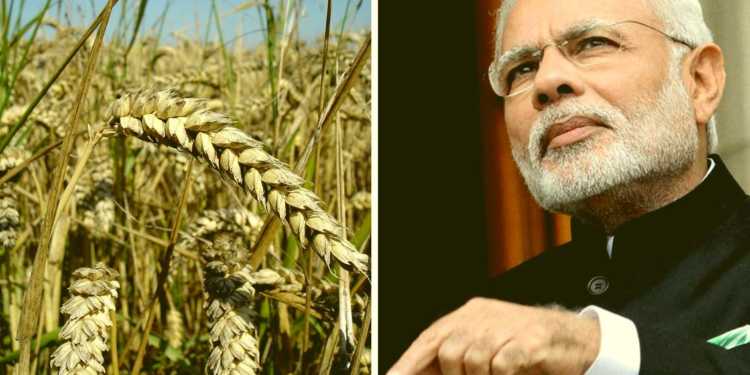 In May 2016, when Narendra Modi visited Iran, he pledged up to $500 million to develop and operate Iran’s Chabahar port as part of a trilateral engagement between India, Iran and Afghanistan. The idea of Chabahar port was conceptualized long back in 2003 when India was looking for new routes to reach markets in Afghanistan and other landlocked Central Asian nations. The project was delayed due to international sanctions on Iran over its secret nuclear programme. During that same period India was focusing on concluding a civil nuclear pact with the US and the idea took a backseat.

Interest in the project was rekindled in 2013 after Iran and the US, UK, France, Russia, China and Germany reached an interim agreement on Tehran’s nuclear programme and some sanctions were lifted. On Sunday, India sent it’s first-ever shipment of wheat from Gujarat’s Kandla port to Afghanistan through the Chabahar port.

Six more wheat shipments will be sent to Afghanistan over the next few months a part of commitment made by the Indian Government to supply 1.1 million tonnes of wheat for the people of Afghanistan on grant basis.

It’s important to note that the first shipment of Indian wheat through Chabahar comes just weeks after U.S. President Donald J. Trump outlined a new U.S. strategy for Kabul that welcomed a robust role for India economically in the country. Moreover, during recent visit of U.S. Secretary of State Rex Tillerson to New Delhi, he reinforced United States support for a strong Indian economic presence in Afghanistan. 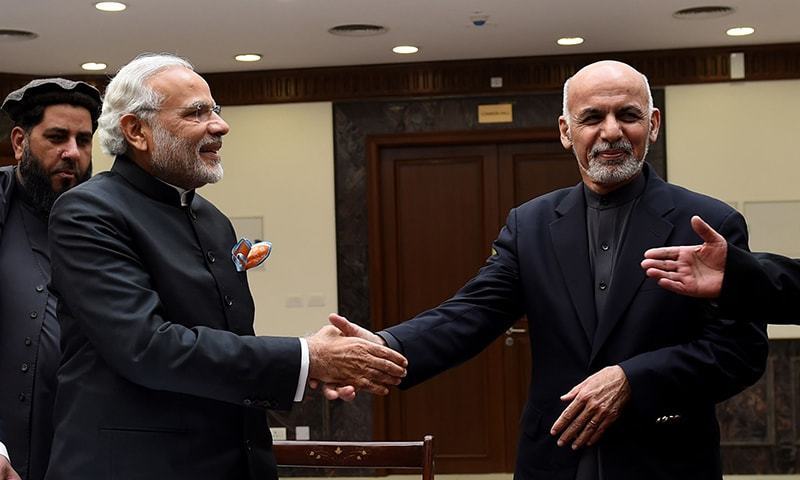 For India, the Chabahar route is a strategically attractive opportunity to trade with Afghanistan as it bypasses Pakistan which does not allow its territory to be used for land-based Af-India trade. Both Kabul and New Delhi have poor diplomatic relationships with Islamabad. Sending wheat shipment is a step towards circumscribing India’s role in Afghanistan. In addition to Chabahar, India has also started a limited air-based trade with Afghanistan via a new air freight corridor.

With the strategic benefits of the Chabahar trade route on one hand, one cannot overlook the deteriorating security situation in Afghanistan. The trade convoys would have to bypass territories in Western Afghanistan that are held by the Taliban and other militants, to reach Kabul and other major Afghan urban centers. Pakistan which was US ally during the cold war is the patron of Taliban. After the defeat of Soviet Union civil war broke in Afghanistan.

The mujaheddin, which America supported, split on ethnic grounds. The civil war is waged between the dominant Pashtun against the Tajiks, Uzbeks, and Hazari minorities who back the central government in Kabul. In 1990s Pakistan was one of the three countries (Pakistan, Saudi Arabia and the United Arab Emirates) that recognized Taliban’s Islamic Emirate.

After 9/11, when US waged war in Af many Taliban leaders migrated to Pakistan where they were given protection by the Pakistani army and its intelligence service known as the ISI. No one can deny that the Pakistan’s indulgence of the Taliban has backfired. Various terror groups affiliated to Taliban have conducted horrific attacks in Pakistan but still Pakistan has not learnt its lesson. Today, there are numerous terror sanctuaries in Pakistan from where terrorists orchestrate attacks on both India and Afghanistan.

Pakistan is wary of India’s influence in Afghanistan.

India wants an independent Kabul which does not promote Islamic extremists. On the other hand Pakistan wants a satellite regime, a client state, in Afghanistan that counters India’s ambitions. It would use ISI and other non state actors to create hurdles and hamper the progress made through the new trade route.

While India needs to tread carefully and must be well prepared to counter any malicious attempt by Pakistan, the Wheat Bomb must have hit Pakistan like a volley of Bullets. India has successfully bypassed them. Their only advantage is now gone.

India’s Time Has Arrived: Best Opportunity for us to Claim our Position as The Regional Superpower