How Justice Dalveer Bhandari overcame all obstacles to get re-elected to ICJ? 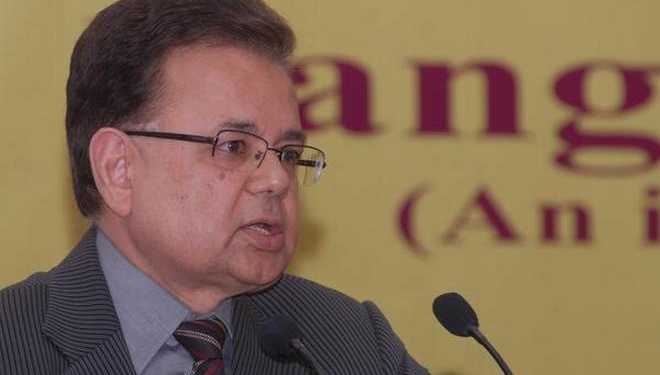 In the 71-years history of the International Court of Justice (ICJ), the United Kingdom that happens to be a permanent member of the UN Security Council has never been faced with the situation where none of its representatives was a part of the 15-judge panel. Working out the ideal diplomatic solution that involves simultaneous voting at the UN General Assembly and UN Security Council, for India, which is not a part of the latter, was like fighting against a polynomial that can think. Eventually, it took 12-rounds of factorization for India to solve the polynomial, registering a victory of humungous proportions by having Mr. Dalveer Bhandari re-elected at Hague.

Seated in Peace Palace, The Hague, Netherlands, the ICJ or International Court of Justice is one of the six principal organs of the United Nations, and the only one to be located outside the United States of America. Primarily, the ICJ focusses on settling issues that pertain to international conflicts in accordance with the global law, disputing countries. Alongside, it also issues advisories for the legal questions referred to it by any branches or agencies of the United Nations. The inception of the ICJ succeeded the end of The Permanent Court of International Justice, the latter having conceived the infamous League of Nations in the 1920s.

Quite similar to the Rajya Sabha in India in its electoral process, the ICJ, comprising of 15-judges, each elected for a duration of 9-years, holds elections for one-third of its judges every 3-years, thus ensuring continuity and transparency. The elaborate electoral process involves both the UN General Assembly and the UN Security Council, and in the panel of 15-judges, no two faces can share the same nationality, giving the ICJ a dynamic outlook and dimensions ideal for an organ of its stature. However, as the permanent members of Security Council (UNSC) would have liked it, the 15-judge panel always had judges from US, UK, France, and Russia. China, the 5th and the final member of the UNSC, until yesterday, remained the only exception amongst the permanent members of the UNSC to not to have a judge continuously for 71-years in the ICJ. Given the commendable efforts of India’s underlying diplomatic currents, China is now joined by the UK.

Before we dig into the varying dynamics that dictated the success of Justice Dalveer Bhandari at the ICJ, it is imperative for our understanding to know how the electoral process works. 15-judges, as stated above and elections for five slots (after those judges have served for 9-years) are held every 3-years.

If a judge cannot complete their term due to death, an urgent election is held separately for that slot. Both, the United Nations General Assembly (UNGA) and the United Nations Security Council (UNSC) vote simultaneously but separately. Once a majority is attained in both, the judge is elected, and this is where Justice Dalveer Bhandari and his contemporary, Christopher Greenwood struggled.

After completing 11 rounds of voting, India continued to secure an easy victory in the UNGA, getting close to 2/3rd of the member votes. However, it ran out of luck in the UNSC, where it only garnered 5-votes, even though it was promised six. Japan, whose absence from the final round of voting was conspicuous, was rumored to be against China, US, UK, and France in the voting process. However, there were some rumors about Japan allying up with the Chinese too.

The US, usually allying up with the UK, in such proceedings was also said to be favoring Christopher Greenwood. Even though India’s representatives had high-level meetings with their US counterparts, the finality of the election was in a limbo. The UK, realizing the strength of India’s candidate at the UNGA, and hence, were looking to push for an alternate mechanism for voting in case there was no end to the deadlock in sight.

Had the deadlock between Justice Dalveer Bhandari and Greenwood attained no end, UK would have persuaded the members of the SC to opt for a process where three members each from the UNGA and UNSC would have been involved in selecting the final winner. Clearly, UK would have shadowed this process with ease, thus allowing Greenwood to emerge as the winner, and given the process was within the legal framework, there is nothing India could have done, and yet, Justice Bhandari emerged as the winner.

Interestingly, taking a complete Kejriwal turn, the UK decided to opt out from the contention race, thus allowing Justice Bhandari a unilateral victory. Citing the time that was being lost, the British Permanent Representative to the UN, Matthew Rycroft addressed the UNGA and UNSC in separate but same letters, informing that Christopher Greenwood had chosen to opt out. Emphasizing on how pleased were they to see India do so well, and how they would continue to cooperate closely with India on all legal and international issues, Rycroft added to the usual shenanigans that sugarcoat diplomatic encounters across the world.

Much has been written about India’s foreign policy since Modi took over in 2014. For some, the reminiscence of the good old Congress days when China used to invade at will, Pakistan used to breach the LoC seem unforgettable and right. However, for most Indians, the ascent of Modi has been complemented by the rise of India as a global power. From Moody’s Sovereign Ratings to ease of doing business where India made the biggest jump for any country in recent times, only someone living under a rock can deny the impeccability with which Modi has conducted his foreign policy, the recent ASEAN summit bearing another successful chapter.

Even with a mammoth majority in the UNGA that has 193 members, Justice Dalveer Bhandari struggled within the UNSC, and even without being a member of the UNSC, India ensured that Christopher Greenwood did not get a free ticket riding at the majoritarian back of the SC members. A Major Diplomatic win.

Thus, reaching out to delegates and diplomatic entities at critical levels, the NDA Government ensured that India was heard, loud and clear, when it mattered the most, and UK, bullish in its politics and unforgiving in its pursuit, had to let go. The closest analogy can be the Eden Garden test where India came back after completing a follow-on to win the Test Match. This victory is as spectacular and as special as that one was in the cricketing domain.

For India, things can only and must only get better from here, for the world is finally taking notice of what our potential is, and will be in the years to come. Even though the continuous efforts of our Prime Minister have not failed to get us a permanent seat at the UNSC, one can rest assured that it is only a matter of time before the biggest thriving democracy on Earth becomes the nucleus in this atom of International Relations, Diplomacy, and Policymaking.

Good days are here, and the way policies and politics are being conducted, they are here to stay.

Congratulations, Justice Dalveer Bhandari. You have made a nation of 1.3bn people proud.