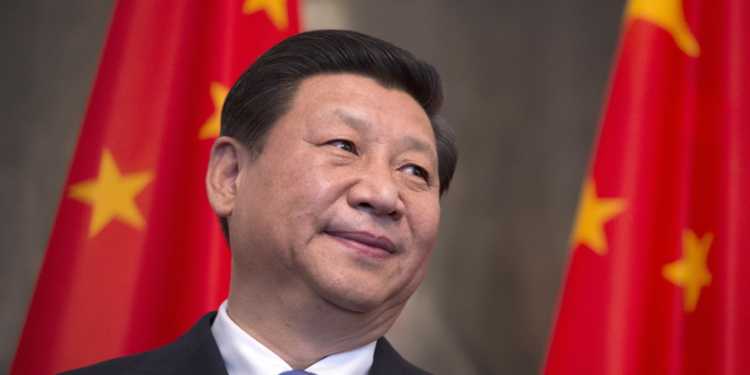 The Chinese expansionist policies have been known to the world for decades now, but it wasn’t until the early 2000s that the Chinese had found the strength and capabilities to really put this policies into action. The Chinese have border disputes with almost all its neighbours including Indonesia, Vietnam, Bhutan, but none of these countries pose a major threat to China than India, given its military might and international standing.

India, even after all these years has stood strong in the face of Chinese aggression and is getting better under the current administration. This is something that China has not been able to digest, especially because it has given other smaller and weaker neighbours a ray of hope and a suitable companion to face the increasing Chinese pressure. India proved its mettle to the world during the Doklam standoff. The world powers, including the strongest countries such as Germany, France and USA appreciated India’s restrained yet powerful response to China’s power tactics and now look forward to India as a friend and an alternative to contain the increasingly assertive China.

Even China is not averse to the growing world power that is India, and is cunningly hatching a plan to contain India even before India formally establishes itself as a global power. The plan is to encircle India from all the sides and try to block its access to land, air and water. Getting complete control of Hambantota, a strategic port in Sri Lanka and Indian Ocean is one part of this complex plan. On the west it tries to do it with the help of Pakistan, and most recently on the north, with increased support to the new formed communist government in Nepal, which had been a very good friend of India for a very long time. Nepal, moving away from India and getting close to China is seen as a big blow to the Indian influence in the neighbourhood. But this is not the end. To counter India in the Indian Ocean on the southwest side, it has started warming up with Maldives, the once self-proclaimed best friend of India. And the initial signs are not looking good at all.

The Maldives, under the leadership of President Abdulla Yameen, is cosying to China, scrapping its self-professed India first policy. This growing “friendship” with China resulted in Yameen forcefully pushing through a controversial Free Trade agreement (FTA) with China, Majalis, where the entire opposition was kept out.

This is the only FTA signed by the Maldives and is the only country in South Asia after Pakistan to sign one with China. The speed and the manner in which this FTA was signed and ratified just before Yameen’s visit to China in early December raises serious concerns about the growing bonhomie between Beijing and Male. During this visit, Yameen signed 12 agreements with his Chinese counterpart, including the MoU for co-operation on China’s Silk Road Initiative – a part of One Belt One Road, which India has strongly opposed.

One important reason for Yameen’s growing friendship with China is the political unrest in Maldives caused by Yameen, who ousted the country’s first democratically elected president, Mohammad Nasheed in 2012. Since then, Yameen has been accused of being an authoritarian and a dictator and has even put several of his political opponents behind bars, including Nasheed. Nasheed, along with other opposition members tried unsuccessfully to stage a democratic coup against Yameen, a move that led Yameen to become more aggressive against his opponents, sometimes even using military push down his opponents. All these events has caused Yameen’s influence to decrease within the Maldivian political class, something he is desperate to improve on to stay in power.

Another reason is the Maldives’ growing external debt. According to International Monetary fund (IMF) reports, Maldives’ external debt currently stands at 34.7% of the country’s GDP and is expected to rise sharply by 2021. And Maldives currently owes around 67% of this external debt to China. China, just the way it did in Sri Lanka, has laid a debt trap for Maldives and Maldives seems to be falling into it knowingly or unknowingly. But it still is not a good sign for India.

India, to its credit, has been very cautious in not taking any sides in the power struggle in the Maldives. However, it is in touch with the opposition leaders and has expressed support for democracy and stability.

It even tried to broker a truce between Yameen and the opposition, but Yameen has often been stubborn in his stand to not reconcile with the opposition and this is a cause of frustration for India. India has expressed its discontent with Yameen on a regular basis, regarding his inflexibility over talks with the opposition. Cancellation of PM Modi’s trip to Maldives in 2015 was a clear signal to Male to not take India for granted. Maldives is the only neighbouring country that Modi has not visited since he took office in 2014. India strongly reprimanded Maldives soon after it signed the FTA with China without keeping India in the loop and even cautioned it to not fall into the Chinese debt trap. However, there is only so much that India as an external force can do about this situation.

While Indian Government is actively making efforts to keep Maldives away from China, the results haven’t been encouraging so far. Growing Chinese influence in the Indian subcontinent is definitely a red sign for India from economic, political and security point of view. India needs to proactively tackle these challenges before it arises, otherwise even before we realize, we will be surrounded by the Chinese military bases from all sides and we would have lost a war even before fighting it.