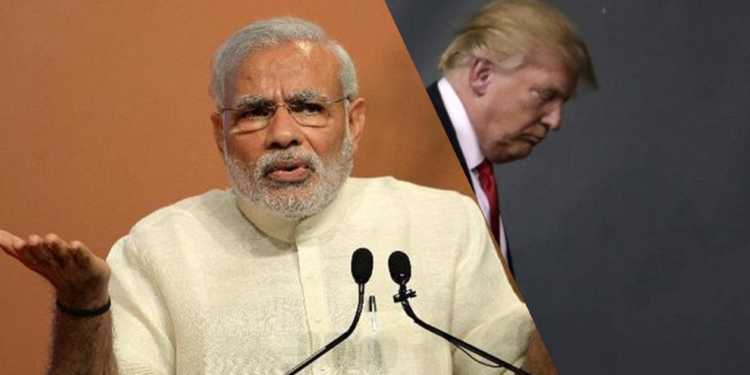 The Indian government has threatened the United States that it will approach the World Trade Organization (WTO) over the latest tariffs dispute between the two nations, India exports goods worth $5.6 billion annually at preferential rates under generalized system of preferences (GSP) which is about to be reviewed by the United States Trade Representative (USTR). In April, USTR announced that it will review the preferential trade agreement of India, Indonesia, and Kazakhstan. The decision to review the GSP was taken due to lobbying from the US dairy industry and the US medical device industry which alleged that India’s trade barriers were affecting US exports in these sectors. However, an Indian official expressed his reservation against this claim, saying “We had never closed dairy imports. Many countries like France, Germany, and New Zealand are now giving the certification about the feed used and export dairy products to India. The US can also follow a similar route.”

USTR’s GSP subcommittee will review GSP on 19th June where an Indian representative is expected to participate. India in its submission to the USTR said “While the GSP is considered as an exception to the ‘most favored nation’ (MFN) principle, the conferment of tariff benefits among the beneficiary developing countries should also be governed by the principle of non-discrimination. Both the United States and India are members of the WTO and should strive to uphold the principles guiding the operation of the GSP scheme.”

Indo-US relations soared since last few decades with trade, security cooperation and intelligence sharing witnessing a rapid increase. The Trump administration enhanced security operations with India, and took several tough actions against longtime Indian enemy Pakistan thanks to Indian pressure. The personal chemistry between PM Modi and President Trump is also considered to be very warm but on the trade front, both leaders are diametrically opposite. PM Modi has championed globalization and free trade, while on the other hand Trump got elected by riding on an anti-globalization wave. Trump vehemently opposed the free trade deals like Trans-pacific Partnership (TTP) and North American Free Trade Agreement (NAFTA) because he thought American industries are losing due to free trade. Trump administration imposed tariffs on Indian steel and aluminum exports, after which India reciprocated by imposing retaliatory tariffs on 20 items including peas, chickpeas, wheat, soybean oil, cocoa powder, chocolate products and golf carts.

The World Trade Organization (WTO) is an intergovernmental organization that regulates international trade. India reminded US that WTO rules governing GSP contained a non-discriminatory and non-reciprocal grant of tariff benefits, it said “Picking out India along with a few GSP benefiting countries, for potential withdrawal of tariff preferences on the ground that India does not provide the US ‘equitable and reasonable access’ to its market would be inconsistent with the non-discriminatory and non-reciprocal obligations governing GSP.”

It is important for the US to realize that the times are gone when it used to pressurize developing countries to take decisions according to the will of American leaders. If America will impose tariffs on Indian products and services, the Indian government will retaliate with the same,which will be a lose-lose situation. The US may provide a substitute to Indian steel and aluminum export but they will find it hard to replace Indian services like Software and Call centers. Therefore, America needs India more than we need the Americans. Donald Trump has taken positive steps in the field of defense and foreign policy with regard to India. He should extend that to economic partnership as well, since India is going to be the most important American partner in Asia for decades to come.