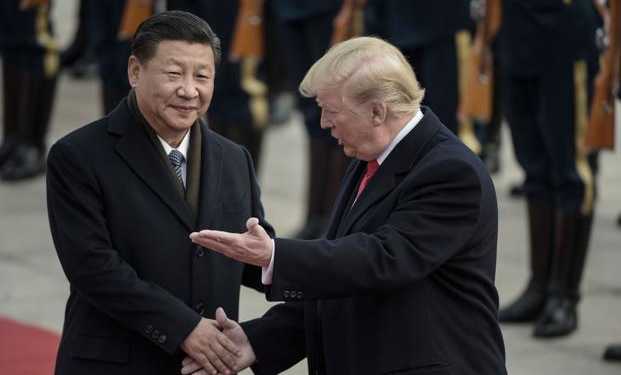 There was a bipartisan consensus on free trade for almost three decades since the 1980s. The number of bilateral and multilateral Free Trade Agreements (FTAs) have grown exponentially in the previous decades. The global ride on free trade got a break in the last few years with protectionist leaders such as Donald Trump at the helm of state affairs. Protectionism was the major theme around which Trump’s presidential campaign revolved. He repeatedly talked about America losing to countries like China, Mexico due to free trade policies by previous governments, and promised to rip apart the free trade deals increasing the tariffs if elected to power. After being elected Trump kept his promise to protect American industries and pulled out of Trans-pacific Partnership (TPP) to protect the American industries from losing out to countries like Vietnam and Laos. TPP is a free trade deal involving all countries on both sides of the Pacific except China.

Trump is vehemently opposed to the current trade relations between America and China because they are heavily skewed in favor of China. In 2016, China was the largest goods trading partner with $578.2 billion in total (two way) goods trade during 2016. Goods exports totaled $115.6 billion; Goods imports totaled $462.6 billion. The U.S. goods trade deficit with China was $347.0 billion in 2016. Trump was opposed to the fact that China deliberately keeps the value of its currency low, therefore, making its exports more competitive in the international market. The American manufacturers were losing to China because the labor was cheap there, and goods produced in America have become uncompetitive. US President Donald Trump vowed to teach China a lesson for its shrewd trade and monetary policies while campaigning for 2016 presidential elections, and after being elected as President he has launched a trade war on China and several other large economies, including India. After Trump came to power, he imposed heavy tariffs on US imports of steel, aluminum, washing machine, solar panels etc. The US has a trade deficit of almost 700 billion dollars of which China accounts for almost half. With implementation of tariffs, in the month of April 2018 trade deficit fell 2.1% to USD 46.2 billion after a downward revision for March. The result was better than analysts expected since a consensus forecast called for a 3.4% increase.

On Friday, Beijing had announced a 25 percent tariff on $34 billion worth of US goods in response to Washington slapping a 25 percent tariff on up to $50 billion of Chinese products. Reacting to this, Donald Trump has asked his trade representative Robert Lighthizer to prepare a list of $200 billion worth goods imported from China on which he will impose another 10 percent tariff. Diving low due to fear of a larger trade war, Shanghai Composite Index slid below 3,000, a level that has been previously breached only during market crashes in 2015 and 2016. The Chinese tariffs could not make the same impact on American market because its export to China is almost one-fourth of what it imports from China.

The second factor is the Chinese economy is heavily dependent on exports while the American economy is driven by domestic consumption. According to estimates by UBS Group AG “the initial round of tariffs on $50 billion of imports could lower China’s economic growth by 0.1 percentage point in the first year. If Trump imposes tariffs on a further $100 billion of goods, the drag on growth could be 0.3 to 0.5 percentage point.” Trump has also accused the Chinese companies of intellectual property rights (IPR) theft of almost 300 billion for which he threatened to retaliate. China is also threatening for reciprocal action in the trade war, but it could not possibly match the impact made by the US because its economy is heavily dependent on exports to the United States.

The Chinese economy is already facing a slowdown over the last few years with growth continuously slowing down. It lost the tag of the fastest-growing major economy to neighboring India. Now with leaders like Donald Trump controlling the state affairs, China should understand that it could longer cheat the United States. The sheer scale of American power could not be matched by nascent burgeoning Chinese power in the latest trade war, and therefore, the country should stop challenging American hegemony.

How India showed Maldives its place in UNSC