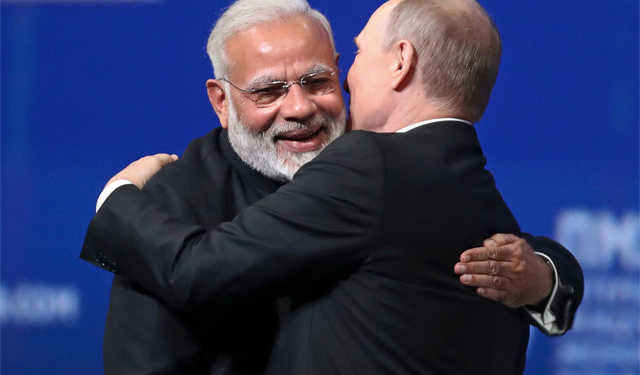 The next problem in payments is choosing the banks through which payments will be conducted, because no bank wants to face the wrath of United States. However, on the Indian side, Vijaya Bank and Indian Bank are in talks for the transaction because these have very limited overseas operations which could be hurt due to any future American sanctions.  On the Russian side, its largest banking entity in India, Sberbank is involved in talks. The Russian side has made no commitments on which bank they will choose as they are looking for an entity which is least exposed to American sanctions. The flagship arms trading company Rosoboronexport came under sanctions by the US Office of Foreign Assets Control (OFAC), therefore the non sanctioned entities were being looked upon for making payments in the dollar. The government after a brainstorm decided to not make payments in the dollar because “This option was decided against as it would have opened up a lot of legal and audit issues, especially as defense deals are looked at very closely. No one wanted to take a chance.” said a government official.

International sanctions were imposed on Russia following the Russian military intervention in Ukraine. The Crimean peninsula which was part of Ukraine earlier was annexed by Russia in February 2014 because the majority of the population in the region were ethnically Russian and they wanted to gain independence from Ukraine. After annexation, Russia held a referendum on the question that whether Crimean people wanted to integrate with the Russian Federation, in which almost 97 percent of the Crimean population voted to join the Russian Federation. The Russian Federation opposes the “annexation” label given by western media for its takeover of Crimea. Russian President Vladimir Putin defended the referendum as complying with the principle of self-determination of peoples.

In July 2015, Russian Prime minister Dmitry Medvedev said that Crimea had been fully integrated into Russia. The relations between the Russian Federation and western countries reached an all-time low when the Americans and European Union imposed heavy sanctions on Russia. The sanctions contributed to the collapse of the Russian ruble and led to the Russian financial crisis. They also caused economic damage to a number of EU countries, with total losses estimated at €100 billion as of 2015.  The Russian-American relations further deteriorated due to alleged Russian meddling in US presidential election 2016, therefore, American sanctions were imposeed on Russia which included the banning of transactions in American dollar by major Russian defense companies.

This sanction led to Indian payments worth over $100 million to Russia being blocked in less than a month, with payments of over $2 billion facing uncertainty. It impacted ongoing submarine repairs besides purchases of missiles and ammunition. The signing of a $5-billion deal to purchase the S400 air defense system from Russia is also under doubt. The Russo-American relations are at an all time low due to Russian interference in the 2016 presidential election and its actions in Crimea, Ukraine, and Syria.