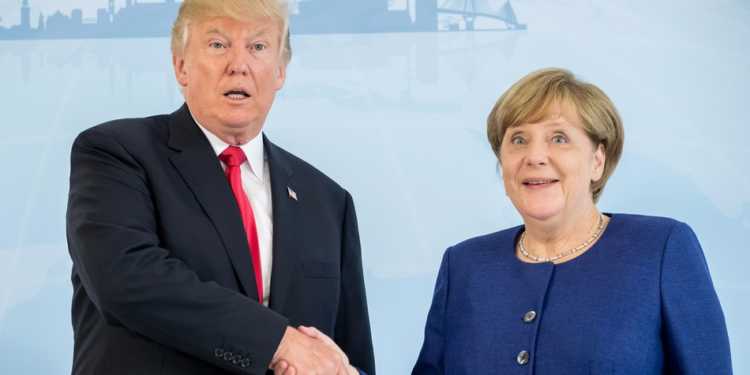 There seems to be nothing that Donald Trump cannot do. During the hotly contested Republican nominations back in late 2015, Jeb Bush, one of the potential Republican nominees, famously said to Donald Trump, “You can’t insult your way to the Presidency“. Fast forward a year, and Donald Trump was elected as the 45th President of the most powerful nation in the world. No amount of mud slinging on his past comments were enough to deter the man from taking what he wanted. The G7 summit was no exception. According to reports, Donald Trump flung a starburst candy on the table while speaking with German Chancellor Angela Merkel.

“Trump was sitting there with his arms crossed, clearly not liking the fact that they were ganging up on him,” Eurasia Group President Ian Bremmer said on “CBS This Morning.”

“He eventually agreed and said OK, he’ll sign it. And at that point, he stood up, put his hand in his pocket, his suit jacket pocket, and he took two Starburst candies out, threw them on the table and said to Merkel, ‘Here, Angela. Don’t say I never give you anything.’” 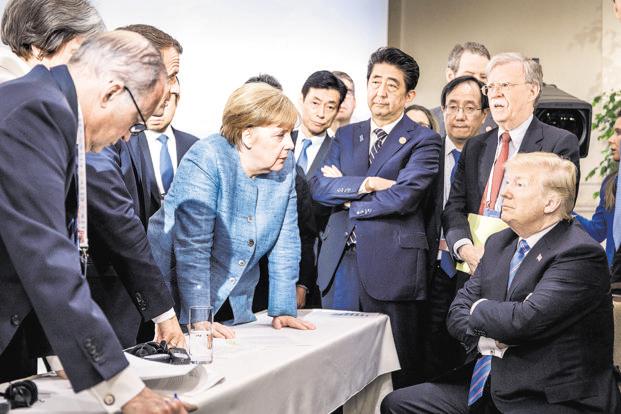 Tensions flared between the world leaders when President Trump was pushed to sign the joint communiqué towards the end of the summit, wherein all nations at the summit would agree on a rules-based international order, which Donald Trump was clearly not ready to do. The US President, however, clarified that the image was highly misleading, saying “The picture with Angela Merkel, who I get along with very well, where I’m sitting there with my arms crossed, that picture was we’re waiting for the document because I wanted to see the final document as changed by the changes that I requested. That was a very friendly – I know it didn’t look friendly, and I know it was reported as sort of like nasty both ways, I was angry at her or she. Actually, we were just talking, the whole group, about something unrelated to everything, very friendly.”

WATCH: @IanBremmer describes exchange between Chancellor Merkel and Pres. Trump at #G7 summit: "He stood up, he put his hand in his pocket… and he took two Starbursts candies out, threw them on the table and said to Merkel, 'Here, Angela. Don't say I never give you anything.'" pic.twitter.com/LfTWerxsNK

Donald Trump never fails to astonish us with his unconventional methods at attaining his objectives. Whether it be his ambitious and controversy marred run for the American Presidency, or the fact that he single handedly brought about peace on the Korean Peninsula and perhaps avoided a confrontation with a belligerent nuclear power, the man has changed the rules of diplomacy. No political analyst or expert expected his flamboyant statements to work against the despotic Kim Jong Un, let alone get him to denuclearize his arsenal. Furthermore, he seems to be winning the trade wars against the nations he feels are ‘ripping off the US’. Even China seems cornered with regard to the tariffs the United States has slapped on Chinese imports into their nation.

Donald Trump is the embodiment of everything the modern liberal despises- his blatant disregard for political correctness, and his no nonsense approach without much care for appeasement tactics that the likes of Justin Trudea rely heavily on to hide their own incompetence and weak leadership skills. As for Angela Merkel, we do not have an iota of sympathy for someone of her kind, who has turned on her people and is hell bent on ruining the demographics of her own nation. Angela Merkel will single handedly ruin Germany and the rest of the European continent, and we can only feel for the ordinary civilians of Europe, since we have our own brand of left-liberals who would be more than willing to do the same to our nation. Do not expect the ‘Starburst incident’ to have any impact on Donald Trump or his ability to get what he wants.