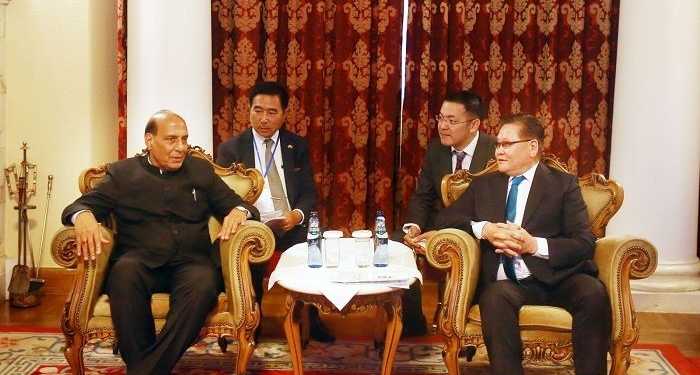 The history of a country and its people tells us the most interesting analogies, facts and struggles that it has faced. The present day’s Mongolia-India relations with respect to China are the most fascinating to watch if you know a little about the history of these countries. In the twelfth century, Genghis Khan founded the Mongol Empire, the most formidable empire the world ever has seen. First Prime Minister of India Jawaharlal Nehru hailed Genghis Khan as the greatest ruler in the world. Mongols ruled China for more than 100 years, and the empire stretched from East Asia to Western Europe, expanded by successors of “The Great Khan”. For one reason or the other, the Mongol Empire never directly invaded the Indian subcontinent. The Turko-Mongol tribes from Central Asia, who traced their lineage from the rulers of the Mongol Empire, founded the Mughal Empire in India. It is safe to say that India, China and Mongolia were interacting with each other since the 12th century, with China on the losing side for a long period of time.

But times have changed and today China is the second most powerful country in the world after the United States. The Chinese ruled Mongolia during the rule of the Qing dynasty, but recognized their independence in 1946. Since then, despite being independent, it has been heavily dependent on China for its trade and commerce. The nation is like another province of China’s, whose central authority keeps using its diktat on the former’s government. The resentment of the Mongolian people against China grew in 2017, when Mongolia elected Khaltmaa Battulga, a fierce critic of China as the country’s president. During his campaign,Battulga had called for greater economic independence from Beijing, criticized its policies and advocated a “third neighbor policy” to focus beyond Russia and China.

Seeing an opportunity, India extended its hand to help the nation in implementing its third neighbor policy. We are perhaps returning the favour to Mongolia for not invading our homeland when it was the most powerful empire in the world. Mongolia launched its first oil refinery on Friday, to end its dependency on the fuels imported from Russia which account for 18 percent of total Mongolian imports. The project is funded and designed by India with a 1 billion dollar credit line. The refinery will reportedly have the capacity to process 1.5 million metric tons of oil per year. It will produce 560,000 tons of gasoline, 670,000 tons of diesel fuel and 107,000 tons of liquefied gas annually. The ground-breaking inauguration ceremony was attended by Minister of Home Affairs Rajnath Singh and the Mongolian Prime Minister Khurelsukh Ukhnaa. Mongolia has sufficient oil reserves but they have to import refined oil from Russia because they have no refineries. The country sells its crude oil to neighbor China at cheap prices to import refined oil from Russia. According to DD News, the refinery could boost Mongolia’s GDP by 10 percent. Mongolia will use the refinery to process its own crude oil, which is now sold to China. China is Mongolia’s largest trading partner, and 90 percent of Mongolia’s exports go to their southern neighbor.

Mongolia is primarily a Buddhist country; it invited Dalai Lama in 2015. The visit of Dalai Lama has not gone down well with China, and it imposed fees on imports from Mongolia and started charging additional transit costs to force the country into submission. India, by helping Mongolia in setting up a refinery gave a befitting reply to China, since China built infrastructure in neighboring countries of India to increase their influence in the Indian Ocean. When looked at in a romanticized manner, the modern ties between India and Mongolia are in a manner India’s way of paying back Mongolians for not invading the Indian subcontinent when the former was at its peak.