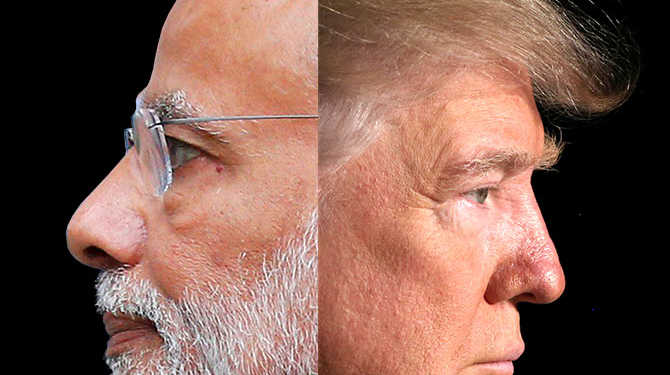 The United States has said that it will give ‘zero waivers’ on oil imports from Iran after the sanctions become effective from November 4, this year. The official who spoke to reporters said, “India and China will be subject to the same sanctions that everybody else’s is… and yes, we will certainly be requesting that their oil imports go to zero, without question.” The sanctions on Iran comes in the backdrop of United States pulling out of the Iran nuclear deal. Donald Trump, during his presidential campaign, promised to pull out of the Iran nuclear deal framework which was a preliminary framework agreement reached in 2015 between the Islamic Republic of Iran and a group of world powers, the P5+1 (the permanent members of the United Nations Security Council, the United States, the United Kingdom, Russia, France, and China plus Germany) and the European Union. After coming to power, the Trump administration scrapped the deal and imposed economic sanctions on Iran. Governments and multinational bodies impose economic sanctions to try to alter the strategic decisions of state and non state actors that threaten their interests or violate international norms of behavior.

The Trump administration has also threatened to impose ‘secondary sanctions’ on the countries which will not follow its diktat on oil import embargo. The secondary sanction could be in various forms but the most throbbing would be being blocked from American financial System which no country could afford. Most of the world trade in carried out through American financial system if they block any country from using their financial system it would hurt them badly as evident in recent Indian payment to Russia for its defense deals. India is facing problems in paying to Russia because America has blocked Russian companies from carrying out transactions through American financial System which is mostly by default medium for international transactions.

India is the second largest buyer of petroleum from Iran after China, and Iran is the third largest supplier to India after Saudi Arabia and Iraq. New Delhi was not happy with the Trump administration’s decision pull out of the Iran nuclear deal last month and its announcement that sanctions will be back in force in two tranches by November 4. Sushma Swaraj, External affairs minister had said that “India follows only UN sanctions and not unilateral sanctions by any country” days after President Donald Trump pulled out of the Iran deal. As a result of the last round of sanctions, initiated by the United Nations and reinforced by the US and European nations, Indian crude purchases from Iran had dropped from an average of 320, 00 barrels a day in 2011 to 190,000 barrels a day. Although Indian oil imports from Iran never reached zero.

Earlier India defied US threats on the development of Chabahar Airport and Union Minister Nitin Gadkari has said that it will be operational by 2019. Built 90 km from the China-sponsored Gwadar port in Pakistan, Chabahar opens a transit route to Iran and Afghanistan that will also give India access to markets in Central Asia. India has aligned itself more with the United States in recent decades and there is a bipartisan consensus in American administration that the country should have deeper ties with India. But, India never hesitated to take an independent stand whenever its interests were hurt due to American policies. There are benefits for India in the short term if it aligns with the United States, but if the country wants to be a future superpower, it will have to take an independent stand irrespective of American policies.