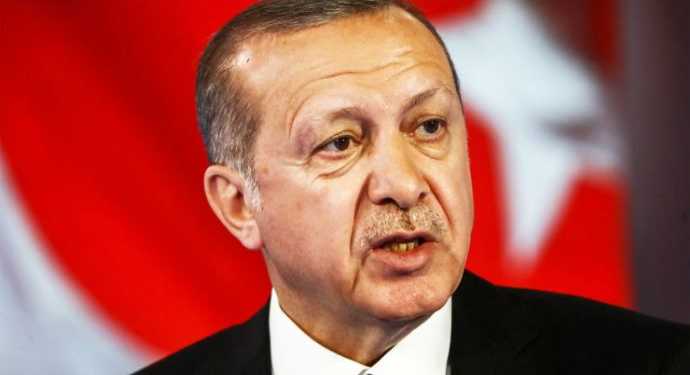 Often termed as a “dictator”, The Turkish President Tayyip Erdogan has fortified mandate to rule Turkey till 2023. After the haphazard squelching on his critics right after the failed coup of 2016, Erdogan pushed turkey under an emergency.With more than 50,000 in jail and 1, 00,000 sacked from services it was believed that these elections will be difficult for the president but when 55 million Turks voted, the result was no different than what it has been since 2002. Many political pundits especially from the West are still scratching their heads, the economy has been melancholy, the Turkish lira is waning, allegedly the democracy is deteriorating and despite united opposition, Erdogan comes out as a conqueror.

While many are wondering the reason of this victory, it appears to be the “Strong Man” image that has done wonders for Erdogan. It’s a popular belief in Turkey that a strong man like Mr Erdogan is the need of hour, with a crisis like “Syrian-Crisis” on borders, heavy influx of refugees and Kurdish separatist which are getting piercingly raucous for independence. Erdogan has already relegated hoary companions such as Abdullah Gül and Ahmet Davutoğlu, former president and prime minister respectively, making sure nobody within the AKP can challenge him and after the miscarried coup of 2016, he has flogged the rival power bases and critical media houses. He declares pro-Kurdish politicians, journalists, civil servants, academics, military, police and judges on specious grounds as terrorists and sends them to jail.

Now he will exercise the full powers of the new “executive presidency” that was voted through just by a whisker in last year’s desperately challenged constitutional referendum. The changeover from the prime ministerial form of the government to the presidential form of government will removes whatever control points the parliament had over president’s actions. This new “executive presidency” makes Erdogan even more powerful than Ataturk – The founder of Turkey.

Atatürk came to eminence for his contribution and leadership in fortifying the Ottoman Turkish victory at the Battle of Gallipoli during World War I. When Ottoman Empire was defeated and collapsed subsequently, it was him who led the Turkish National Movement, which battled through and ensured that the mainland Turkey wasn’t partitioned and shared among the victorious Allied powers. He established an interim government in the city of Ankara which is the capital even today. Atatürk not only defeated the forces sent by the Allies but managed to keep the forces united and motivated. This war is popularly called as Turkish war of independence and following this he subsequently proceeded to abolish the dilapidated Ottoman Empire and asserted the foundation of the this republic in its place; Raising from the ashes of the ottoman empire this phoenix was named as Republic of Turkey. Atatürk serving as the first President of turkey from 1923 to 1938 was a secularist and nationalist, his policies and theories became known as Kemalism whereas in exact contrast Erdogan is a more orthodox and authoritarian leader.

This leaves people wondering how a conservative and authoritarian leader can become popular choice in a country which has a Westernized urban population that looked at Mustafa Kemal Ataturk as a redeemer. But the same reforms and changes has left behind a devastated conservative class. The class that could never get urbanised and westernised, which caressed itself as left alone in own country living in exile. In 1950 the multi-party system was introduced in Turkey providing space to these subgroups of the society. These conservative groups started growing and influencing the government function but these were punished by the “Regime’s guardians” the so called secular elites, till Mr Erdogan coagulated the power in 2002 and demolished the self-proclaimed secular elites. The failed military coup attempt of 2016 in Turkey wasn’t the first the country has seen: There have been several dating back to 1960.

1960 – The first coup attempted was successful. Then Army General Cemal Gursel led the coup and took over the both president and prime minister positions and the President Celal Bayar, Prime Minister Adnan Menderes and other officials were arrested and tried for sedition in fact Menderes was later hanged.

1971 – The Army General Memduh Tagmac gave an ultimatum to Prime Minister Suleyman Demirel, forcing him out of office. Unlike the 1960 coup the cabinet was not over ruled and jailed by Military instead they were under military supervision and this this was called as “Coup by Memorandum”.

1980 –The Admiral Bulent Ulusu took over Demirel’s post as prime minister. It is believed that after this coup Turkey regained the stability but as per some reports more than a dozen were executed.

1997 – The Prime Minister Necmettin Erbakan was forced to resign. This was called “Soft Coup” as military issued several recommendations and government was forced to accept those.

2016 – Failed Coup – In a country that has experienced four coups and three coup attempts, the reason it failed as it was chaotic and muddled. Erdogan has not stepped down in the face of military sabre-rattling, like other administrations, presidents and prime ministers in past. Erdogan requested his supporters to flood the streets and he was successful.

After the failed coup, Erdogan knew his approval ratings are high enough to take on united opposition head on. The Elections had not been due for another 18 months. By bringing the polls forward, Erdogan achieved what the West never wanted.

President Erdogan has been challenging United States and Europe in Syria as the rebels supported by the US are not the ones which Mr Erdogan wants to see on the winning side. He is often seen on the same camp as Russian president Vladimir Putin. In fact despite several US warnings, Turkey, under Mr. Erdogan is procuring the S-400 Triumf defense system from Russia. He is often seen along with Russia and Iran. Though still a NATO member, is now closely aligned with Russia. In Syria, Erdogan wants Bashar al-Assad’s regime in place, even though he had previously he demanded his removal. The equations are changed as the Kurdish fighters were gaining the territory which was posing threat to turkey.

Once the country which wanted to be part of European Union is now makes politicians in Paris, Berlin, London and Washington worried. Once a partner, now he cannot be looked as a reliable friend and ally.

The western media houses often term him as

But the unlimited power and his mettle to challenge United States have changed the geo politics of this part of the world. With US, France and UK getting more active in Syria and Ankara tilting towards Moscow and Teheran, this power play is not set to get settled soon.