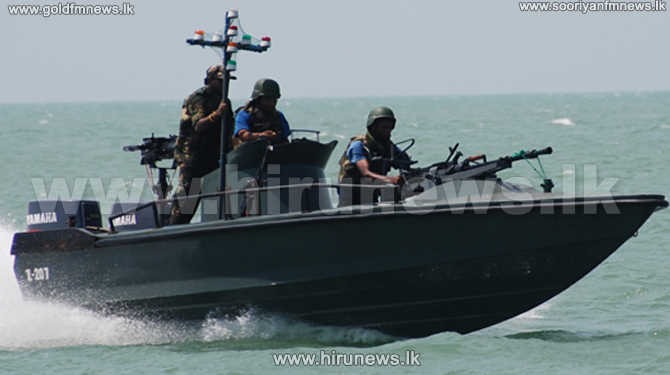 In the latest move to counter any encroaching activities by Chinese companies at the Hambantota Port, the Sri Lankan government has decided to move its southern naval headquarter there. The office of Prime Minister Ranil Wickremesinghe quoted him as saying, “The Sri Lanka Navy is moving its Southern Command to Hambantota. There is no need to be frightened as the security of the port will be under the control of the Sri Lanka Navy, Sri Lanka has also informed the Chinese that Hambantota cannot be used for military purposes.” In December last year, Sri Lanka handed over the control of the southern seaport of Hambantota to China on a 99-year lease for $1.12 billion, amid Indian concerns over Beijing’s efforts to expand its influence in the region. China Merchants Port Holdings Company Limited, a Chinese state run company, will hold 70 percent stake in the port; the rest will be held by Sri Lankan Port Authority. The Sri Lankan government has leased 70 percent of the port’s stake for 99 years for a total amount of $1.12 billion, of which 585 million was paid last week. The rest of the amount has been paid earlier. According to a media report, the amount of $585 million was held back because of Sri Lanka’s objection over Chinese plans to use a man-made island for entertainment purposes.

This comes as a major strategic victory for India as Sri Lanka was slipping out of its sphere of influence over the last decade. In 2014, India raised concerns with Sri Lanka over the docking of a Chinese submarine at Colombo Port. The then President Mahinda Rajapaksa said, “The current Sri Lankan Military Southern Command is located at Galle, the southern port. The Hambantota port will only be used for commercial purposes and was expected to trigger much-needed economic development in the neighboring districts.” Mahinda Rajapaksa, who held the position for almost a decade, was acting like a Chinese puppet. He was criticized by the opposition and international community for high commercial borrowings from China which the government has not been able to pay back as yet.  He gave the contracts for major construction projects of the country to Chinese companies during his tenure between 19 November 2005 to 9 January 2015. Due to his pro-China stance, there is a situation in which 40 percent of construction projects in Sri Lanka are being completed by Chinese companies. The Ceylon Institute of Builders (CIoB), an illustrious group of engineers and builders of Sri Lanka, said the China International Contractors Association (CHINCA) has a stake in 40 percent of construction projects in the country, Colombo Gazette reported. CIoB wants Chinese companies to have local partners in the construction projects which will help the domestic companies and industry.

There was a shift in Sir Lanka’s foreign policy after Rajapaksa was defeated in the nation’s 2015 Presidential Election by United Opposition’s candidate Maithripala Sirisena. The new President is more cooperative to the Indian government and less tilted towards China, which is using Sri Lanka’s infrastructure projects as a mean to implement the strategic string of pearls theory. The String of Pearls refers to the network of Chinese military and commercial facilities along with its sea lines of communication, which extend from the Chinese mainland to Port Sudan in the Indian Ocean region. The String of Pearls is part of the One Belt One Road (OBOR) initiative, which forms a major part domestic and foreign policy agenda of Chinese President Xi Jinping. OBOR represents by far China’s most ambitious project to connect the country with Africa, Central and Southeast Asia, Europe, and the Middle East through transportation infrastructure. OBOR’s two main components, the Silk Road Economic Belt and the Maritime Silk Road, comprise a multi-trillion-dollar plan spanning 68 countries, which represent 60 percent of the global population and up to 40 percent of global GDP.