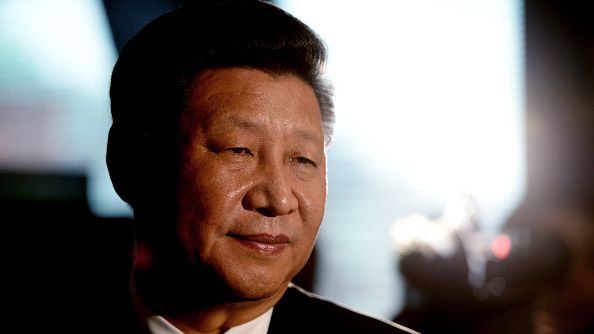 The Chinese economy is in shambles as investors pull money out from the ace companies of the country. Tencent Holdings Limited, the Chinese internet giant which operates in social network, music, web portals, e-commerce, mobile games, internet services, payment systems, smartphones, and multiplayer online games has tumbled 25% from its January peak, erasing about $143 billion of market value. This is the biggest wipeout in stock market history. Tencent is the second largest e-commerce company is Asia after Alibaba Group. Its primary rival in China, Alibaba also lost 55 billion from its 52 weeks high. The wipeout of money from technology companies is raising the question whether the best days of these companies are over? The other big losers across the world in the technology sector are Facebook and Samsung Electronics which lost 136 and 67 billion dollars respectively. The technology companies in China have seen an exponential rise over the last decade. Alibaba founder Jack Ma became an almost overnight billionaire as his company offered the world’s highest 25 billion dollar Initial Public Offering (IPO) in 2014.

However, the problems in the Chinese economy are not limited to technology companies. The problems run deep in the finance industry which used to be the backbone of the Chinese economy. Among the biggest losers of the stock market wipeout, are the three largest banks of the country. Industrial and Commercial Bank of China Limited (ICBC), the largest bank of China has lost 127 billion dollars. The bank has played a very important role in the economic rise of China since the 1980s. Bank of China, the second largest lender in China overall lost 55 billion dollars in its value since last 1 year high. However, the biggest disappointment for the country is 67 billion dollars wipeout from China Construction Bank which was the 2nd largest bank in the world by market capitalization and 6th largest company in the world in 2015. The construction bank is considered one of the pillars of the Chinese economy as whenever a slowdown is expected, the lending by construction bank is increased which leads to greater market activity and economic growth. But now it is expected that the construction growth has saturated because the country has already built too many ‘ghost cities’ to spur the economy. The ghost cities were built without any demand from the market but just to employ people and keep up with the economic growth. Now, these cities are very sparsely populated or not populated at all.

Ping An Insurance, a Chinese holding conglomerate whose subsidiaries mainly deal with insurance, banking, and financial services is also among top losers. It ended up losing almost 58 billion dollars from its 52 weeks peak. The situation is so bad in China that its private, as well as public companies, are zooming towards a year of record-high corporate bond default. According to data compiled by Bloomberg, Chinese companies defaulted on about 16.5 billion Yuan ($2.5 billion) of public bond payments so far this year, compared with the high of 20.7 billion Yuan seen in all of 2016. At this pace, the defaults by the end of the year would be almost twice that of last year’s.

The Chinese economy is facing many problems over the last few years. It no longer holds the tag of the fastest growing major economy in the world. The stock market is in doldrums due to a rise in protectionism across the globe. The Chinese economy is heavily dependent on exports, and with countries across the world imposing high tariffs on imports, the global trade war is bound to hurt China. Donald Trump has vowed to balance the trade relations between the two countries, which he claims are significantly skewed in favor of China. International investors are no longer risking China because they do not think that Chinese companies will be able to give them good returns in such a protectionist environment. Global investors are pulling money out of China to invest in US government bonds and in the markets of other economies like India and Indonesia because they expect much better returns from there.

Now it will be interesting to see how the mighty Xi Jinping responds to the problems of the Chinese economy. His pet project, OBOR is not delivering what was expected by this trillion dollars scheme. Countries like Malaysia, Sri Lanka has expressed disappointments over OBOR projects. As Jinping has removed two terms limits and showed willpower to solve the problems of China, the people across the world will watch his actions very curiously.