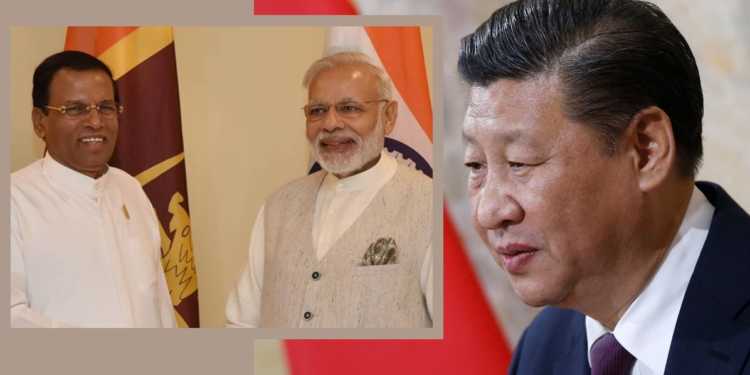 China’s plan to build 40,000 houses in Jaffna area has hit a hurdle. The State-run railway company of China Beijing Engineering Group won a contract of 300 million in April this year with a loan from Export-Import Bank of China. But the local Tamil population is opposing the project because Chinese companies wanted to build concrete houses in the area while locals want houses built of bricks in traditional fashion.  So, despite the fact that China won the contract, it will not be able to build houses. The cultural factor plays an important role here, Chinese culture is completely different from the Tamilian people of Sri Lanka. The war-trodden area is suffering badly but they do not wish to forget their culture and ancient roots. This shows the power of cultural affinity.

There is a buzz that India may win the project when China pulls out. India has already built 44,000 houses in the war trodden northern Sri Lanka which is primarily inhabited by Tamil people. India has also planned to rebuild Palaly airport which was heavily damaged during the war. Both projects are part of the first phase of reconstruction in northern Sri Lanka, the money required was given by India to Sri Lanka as a grant. The success of Indian housing program shows cultural links and respect for traditions is necessary. China failed to built houses despite the fact that they have more money while India completed it successfully because it is aware of the culture of Sri Lankan Tamils.

In recent years during the presidency of Mahinda Rajapaksha, China involved Sri Lanka to a great extent. Building infrastructure projects are part of ‘string of pearls’ plan of China. It has taken over Hambantota Port to expand its foothold in the Indian Ocean. India has expressed concerns over rising Chinese involvement in Indian Ocean area. The area is very important because it is the main trade route of Southeast Asian and East Asian countries. China being the largest trading nation wants to control route which has traditionally controlled India. The rising Chinese involvement in the area has also alarmed the United States and Japan. Japan handed over two naval patrol boats worth over $11 million dollars to Sri Lanka last week. India and Japan plan to expand Trincomalee Port to boost defense capabilities of Sri Lanka. A few weeks earlier the state department of United States has given 39 million dollars to boost navy capabilities of Sri Lanka.

This could be seen as a coordinated effort by India, Japan, and the United States to counter the increasing Chinese presence in the country. India is involved in some projects to build an LNG terminal near Colombo in collaboration with Japan.  Sri Lanka is dependent on liquid fuels for its energy requirements. This LNG terminal will help Sri Lanka to move towards clean energy. India will also look after the joint development of an oil storage facility in the eastern port town of Trincomalee which is being expanded.

China is developing infrastructure in South Asian countries as per ‘string of pearls’ plan. But India has started to counter all Chinese initiative through its own projects. Indian edge in neighboring countries like Bangladesh, Sri Lanka, Nepal, and Bhutan has made it possible to counter Chinese plans with lesser spending. Indian also involved other powerful countries like the United States and Japan to counter increasing Chinese presence in the region.