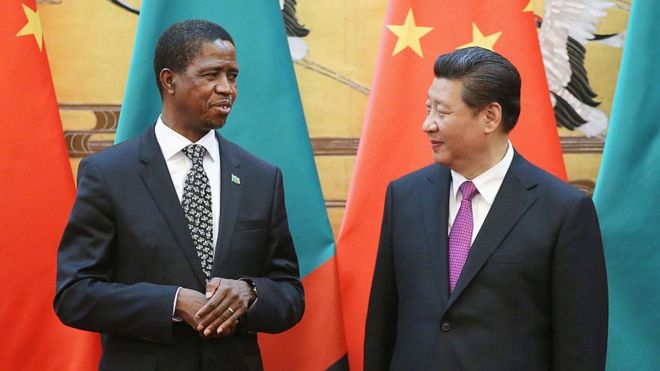 In recent years, China has invested extensively in African nations. The continent is full of natural resources and raw materials. Africa is a very important destination for countries like China and India who wants to become the next superpower. China already has a huge presence in Africa. It is building and contributing a lot in the developing infrastructure in Africa. Its engineers are constructing hospitals, buildings, ports, roads, railways, and airports for the African nations. China is investing almost in every sector in Africa.

Compared to India, China has a lot more funds and resources on its table to invest. In terms of outreach, it is way ahead of India. Another reality is that China is an economic colonizer. China is exploiting the natural resources of Africa for its own benefits. The communist country is slowly starting to wrest control of the African continent. It has aggressively pursued business and infrastructure projects in Africa targeting poor countries through debt diplomacy. Now, it looks like African countries are realizing the repercussions which Chinese debt can cause to their nation. It seems they have understood that there is no free lunch in this world. In African nation, Zambia, a popular movement has emerged against Chinese expansionist policy amidst debt trap fear.

Chinese are the largest investor in Zambia. They have invested in all sorts of infrastructure projects be it building airports, roads, etc. Chinese investors are dominating in almost all the spheres of trade. With their promise of huge investment and unconditional aid, the Chinese have cornered many public infrastructure projects. All this is causing a great resentment among the local populace.

A local opposition leader of Zambia said, “China is about to take everything from Zambia. They have taken over our economy through these criminal debts.” The concerns and apprehensions of Zambian people make sense considering the precedent Chinese debt diplomacy has set. They don’t need to look far in order to understand what damage this debt trap can cause to their nation. Neighboring country, Mozambique, owes $2 billion debt to Chinese.

The local leaders believe that actual debt is rising in the country, IMF thinks the same and that’s why it is reluctant to extend any monetary assistance to Zambia.

According to a Swarajya report, a drastic fall in the copper price, which is the main export of Zambia, has detonated doubts whether the country would be able to pay back its debt or not. Chinese are likely to face big hurdles in the country. They would find it extremely difficult to run their economic colonization drive smoothly. The opposition leaders has made the Chinese debt their main issue and using it to attack the incumbent government and throw it out of the power.

There are many protests going on against China in Zambia. Posters equating China with Hitler can be seen anywhere in the capital city. Recently, Abdulla Yameen, President of Maldives was thrown out of power due to several reasons and one of the main reasons was the Chinese debt trap. In the days to come, we might witness a repeat of similar episode in Zambia.