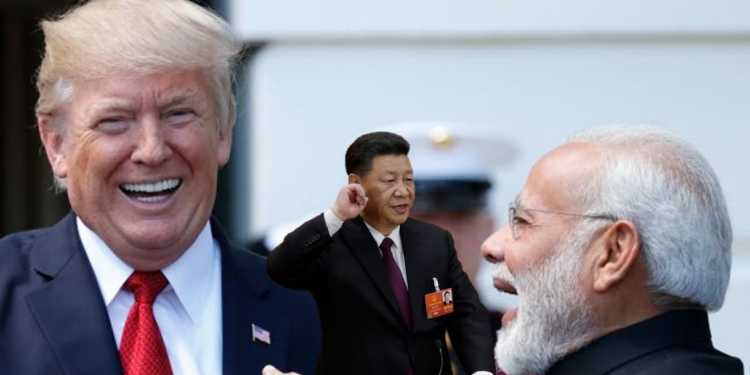 The voters of Maldives kicked out pro-China President, Abdulla Yameen, and elected the Maldivian opposition candidate-Ibrahim Mohamed Solih- as the next president of Maldives. People throwing Chinese backed government out of power has become a trend recently. Myanmar did it in 2015, Sri Lanka in 2015, Malaysia in 2018, and Maldives in 2018 and hopefully Nepal would also follow the same pattern. Maldivian elections are reminiscent to the Sri Lankan elections where pro-China Mahindra Rajapaksa was ousted by a joint opposition candidate. Exit of Yameen from power is likely to bring Maldives closer to India.

Defeating Chinese backed Abdulla Yameen was not easy but a joint opposition, people’s will to restore democracy, international pressure including that of India made it possible. International community ensured that Abdulla Yameen could not indulge in rigging the elections. The EU and the US threatened various sanctions against Yameen and members of his government if they were found indulging in any wrong-doings during polls.

Not just EU, India also made its contribution in the free and fair conduct of elections. In late August, the BJP leader and Rajya Sabha MP Subramanian Swamy had said that if there is evidence of vote rigging in Maldivian elections by China-backed President then India should invade the Maldives. The Ministry of External Affairs had distanced itself from Swamy’s statement and clarified that whatever he has said it is in his personal capacity and India have no such plans.

However, after the shellacking of Chinese backed President in the recently concluded Maldives elections, Subramanian Swamy, in another tweet, claimed that in the run-up to the elections, Indian and US naval warships had closed in on the Maldives to pressurize the President Abdulla Yameen against any attempts of vote-rigging. The pressure tactic of PM Modi and US President Donald Trump seem to have worked well as the incumbent president tasted humiliating defeat.

Now it can be tweeted: After Indian Ambassador to Maldive made the silly statement that my threat was my personal opinion, the Maldive dictator could not relax because because Indian Navy moved several ships into position. The US also moved standby naval forces. Who did it? Namo.

Since Yameen came to power, the relationship India and Maldives deteriorated. He is a pro-Chinese guy or to be precise puppet of Chinese. With his defeat economic colonization of Maldives by China is over. The president elect is expected to ameliorate relationship with India again. India is Maldives traditional patron and protector. Speaking to the Print, exiled President Mohammed Nasheed said, “We have always been pro-India and pro-South Asia. Now we have to see how we expand our definition of that relationship.” Victory of Ibrahim Mohamed Solih is going to have huge geopolitics implications. The new government is likely to audit all infrastructure projects in Maldives in the light of the alleged land grabs by the Chinese under its puppet president. This news is a big setback for the Chinese.

Former President Nasheed also criticized Yameen’s foreign policy. He said, “He just had no idea about the dynamics of great power relations in Indian Ocean. We will work with India for a meaningful safety and security umbrella in the Indian Ocean.” He also added, “The new government will define what ‘India First’ means for Maldives.” Nasheed further said, “We would like to plug into India’s development and its democratic institutions for capacity building. Connectivity is another important issue India can help us with.” On China, Nasheed said, “You can’t propagate dictatorship in the name of developmental assistance.”
With Nasheed statements it is clearly evident that Indian influence on the island nation has returned and China has lost a strategic partner.