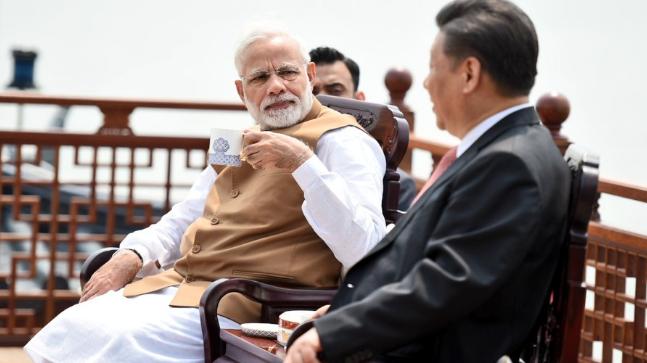 A few days after pro-China president Abdullah Yameen lost power in Maldives, Chinese media has started talking about Indo-China cooperation. Newly elected president Ibrahim Mohamed Solih has invited PM Modi in oath taking ceremony and is considered close to India. This is the reason behind Chinese media talking about cooperating with India. Till now, China had an upper hand in Maldives but now India holds the strings. “It shouldn’t be a one-or-the-other game for China and India in the Maldives. China invests in the Maldives as it is needed by the nation, a normal cooperative practice between two countries. China neither has the intention nor has the need to shut out India on the archipelago…In fact, the building of infrastructure by China in the Maldives created favourable conditions for the business and personnel of Indian companies on the island country. China and India can actually help boost Maldives’ development by using their own strength” wrote state run Global Times.

India and Maldives used to enjoy very warm ties before the election of Abdullah Yameen who came to power in 2013. Since assuming the responsibilities of the state, he had shown a clear leaning towards China and allowed Chinese companies to build infrastructure in the country. His policies include anti western rhetoric and he openly supported Islamization of the Maldivian society, to which India does not consent. Abdullah Yameen had declared a state of emergency in the country in February this year, therefore further elections and a change of regime was not possible. He has also told India to take back two Dhruv advanced light helicopters which had been gifted to the nation back in 2013 along with the 26 Navy personnel who are currently posted in Maldives to maintain and run the machines. There are almost 25000 Indian workers in Maldives who helped build the country and played an important role in the better socioeconomic conditions that the country enjoys today. But the work visas of 200 workers were not renewed by the government and some newspapers in the country carried advertisements that Indian workers are not allowed.
As the new president has been elected, relation between India and Maldives is expected to soar once again. Within few days after coming to power, newly elected president ordered a review of all agreements under the regime of previous government. This would hurt China because under Yameen, China got involved in many infrastructure projects in Maldives. China accounts for 70 percent of national debt of Maldives. Maldives, a small economy relying heavily on tourism, is one of the most at-risk countries of any involved with the BRI to the distress of debt, said the Center for Global Development, a Washington DC-based think-tank tracking the initiative. The review of projects awarded to Chinese companies will hurt its ambitious Belt and Road Initiative (BRI). Therefore now China wants to ‘cooperate’ with India on Maldives.  “Beijing has come up with a constructive “two-plus-one” mechanism — China and India plus another South Asian country — as a demonstration of sincerity. The mechanism can not only enhance mutual trust between China and India, but prevent other South Asian countries from being caught in between. This aims to harmonize relations between countries and serves the interest of all relevant parties, and is worth a careful consideration by New Delhi. Perhaps the two powers can have a try in the Maldives first,” stated the editorial in Global Times.

Maldives is an island nation of 4.27 Lakh people located in the Indian Ocean near the south western border of the country near Lakshwadweep. It got independence from the United Kingdom in 1965 and since India has been its most important ally. The country imports all of its food requirements from India. Both the countries are founding members of the South Asian Association for Regional Cooperation (SAARC), the South Asian Economic Union and signatories to the South Asia Free Trade Agreement (SAFTA). India signed a comprehensive trade agreement with Maldives in 1981, under which it allows restriction free exports of most essential products like foods and cloths to the country. Article IX of the agreement specifies that, “The Government of Maldives will furnish to the Government of India a list of essential commodities required by the former in a calendar year by the end of November of the year preceding the one to which the requirement relates.” India has played a very important role in the development of Maldives since its independence. It provided economic aid and participated in bilateral programs for the development of infrastructure, health, civil aviation, telecommunications and labor resources. India maintains two permanent bases in the country for surveillance capabilities. The Indian Navy gifted a Trinkat Class Fast Attack Craft of 46m length to Maldivian National Defense Force to strengthen its domestic security.