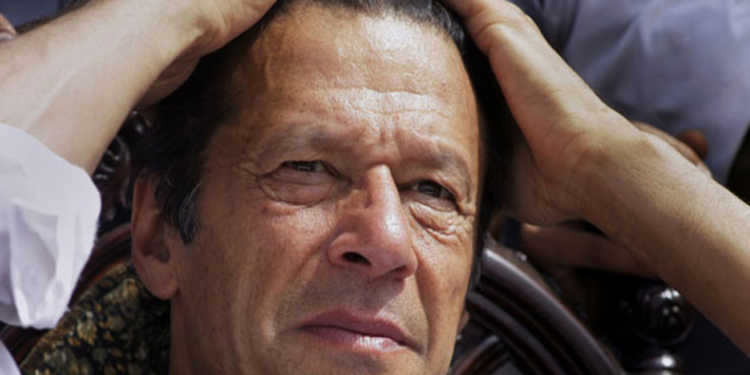 Pakistan is dealing with an all time low credibility in the international circles, the economy and public finance of the country is already in shambles. It is due to this negative image of the country in the global scenario that the United States had refused foreign aid and the International Monetary Fund had refused to give a bailout package to the country which has fallen into the debt trap. The credibility of the country has also taken a massive hit thanks to the terrorist networks which have operated in the country since long.  The Imran Khan government in Pakistan had to face another shameful incident this month and this time it has come from a South Asian country and erstwhile part of Pakistan, Bangladesh. In a clear message to Pakistan, the government of Bangladesh has refused to accept the new envoy sent by Pakistan who was appointed for the post of High Commissioner in Dhaka.

The post of High Commissioner of Pakistan in Dhaka has been lying empty since March, Saqlain Syedah was sent by the Pakistani administration to fill the post. Sheikh Hasina government in Bangladesh has refused to accept the appointee, the reason for refusal cited by the Dhaka administration is that the Pakistan High Commission has been involved in encouraging activities against Bangladesh and Indian government. The Pakistani High Commission has increasingly been found to be involved in anti-India works, their anti-government activities in Dhaka have finally sealed their fate in the country. Sources have also alleged that the High Commission had been using Facebook and other social media tools to spread misinformation about the image of the Bangladesh in online circles.

The fallout between the two countries has been ongoing for too many years. Sheikh Hasina administration in Dhaka had further added fuel to fire by executing the pro-Pak war criminals of the 1971 war even after repeated pleas from Pakistan urging them to not do so. The Awami League headed by Sheikh Hasina has always favoured India over Pakistan, this is in stark contrast to the attitude of the Bangladesh Nationalist Party led by Khaleda Zia which had maintained unholy ties with Pakistan’s ISI. The terror funding of Bangladesh based anti-India and radical Islamist groups had been carried out uninhibited under the earlier regime. Sheikh Hasina came to power in 2009 and initiated a crackdown on the insurgents operative in Bangladesh. The Bangladesh government had also handed over members of the North-Eastern insurgent groups to India.

With this move tensions will now soar to an all time high between the two neighboring countries of India. The growing influence of China in Pakistan has already created many troubles for the Imran Khan government which has been newly elected. After US and India, Bangladesh too has increased the troubles for the country which is running on fumes. The economic condition of the country is in shambles already and with deteriorating international ties, the crisis will further deepen for the country. The Bangladeshi snub will have a deep impact on the image of the country in international circles. Additionally, it is also symbolic of the fact that the Sheikh Hasina government in Dhaka is trying to build and maintain an even deeper bond with the Indian government by siding with them. These are great signs for India and speak volumes about the efforts of PM Modi to build cordial relations with foreign nations.