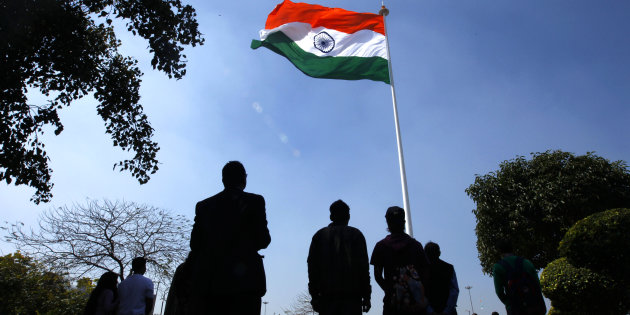 In a big revelation coming from China, CGTN a state run television in China, in a significant move has depicted Pakistan Occupied Kashmir as a part of original map of Jammu & Kashmir. This unprecedented move of showing PoK as part of India by Chinese media has surprised the whole world; their act actually has been a long standing demand by India for decades.

The picture of the entire state of Jammu & Kashmir, which had PoK in it, was shown as part of India by China’s state run television while reporting about the terror attack on Chinese consulate last week on Friday. CGTN, which was earlier known as CCTV-9 and CCTV News, is a Chinese International English language channel of the state-owned China Global Television network group, part of the China Central television, based in Beijing.

It isn’t clear whether the move was a deliberate one or a calculated one on the part of Chinese government but one thing is clear that the attack at its consulate in Pakistan has put the dragon in trouble. Also, this reporting will have implications on China-Pakistan-Economic-Corridor (CPEC) for which India has strong reservations as it violates its sovereignty.

Pakistan is facing one of its worst economic crisis of all times as it pleads to International Monetary Fund (IMF) for a bailout second time in five years. This situation can very well be understood by Imran Khan’s interview to the Middle East Eye in which he said, “The reason I feel I have to avail myself of this opportunity is because in a country of 210 million people, right now we have the worst debt crisis in our history”

‘Desperate’ for meeting financial crisis that has hit Pakistan, the cash-strapped Imran Khan government even had to auction eight buffaloes for nearly Rs 23 lakh. The buffaloes were kept by former Pakistan PM Nawaz Sharif at the PM House to meet his ‘gastronomic requirements’.

As per reports, under Imran Khan’s austerity drive, cash-starved Pakistan government would also auction more than 102 surplus cars as well as bullet proof vehicles, and four helicopter used by the cabinet division.

On the other hand, America in past few months has been snubbing the terror state of Pakistan as it has heavily curbed its funds. The United States of America a week ago, scrapped off USD 1.66 billion security assistance to Pakistan. “The US has suspended USD 1.66 billion in security assistance to Pakistan after President Donald Trump’s directive”, said the Pentagon. Earlier, President Trump alleged that the Pakistani government had helped Al-Qaeda chief Osama bin Laden and provided him a hideout at Abbottabad.

This move came soon after Trump had issued a statement saying, “Pakistan doesn’t do a damn thing for the US”.

Imran Khan visited China earlier this month and looked hopeful for assistance on his return, during his interaction with Pak media he said; it (Pakistan) has received a ‘big’ package from China.

A week after Imran Khan made this statement the Chinese consulate was attacked in Pakistan and now China run CGTN television has shown PoK as part of Jammu & Kashmir, clearly signals at how unhappy China is from its so-called ‘friend’ Pakistan’!