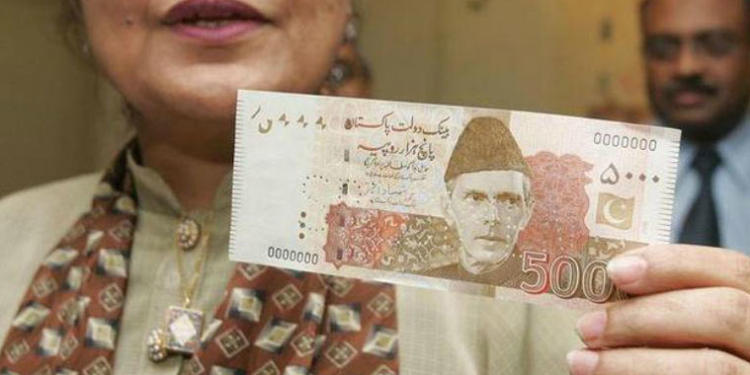 As Imran Khan led government completes 100 days in office, Pakistan’s currency has hit an all time low to 144 rupees per dollar. The value of the Pakistani currency moved southwards by 10 rupees within a day. On Thursday it was trading at 134 rupees but opened at 142 rupees on Friday morning and shed 2 more rupees to close at 144.  “There is panic in the market and buying spree is going on but it will be addressed,” an official of State Bank of Pakistan told PTI. The value of Pakistani currency has been moved to 144 rupees from 102 within two quarters.

Earlier caretaker government had devalued the Pakistani rupee from 102 to 130 against the dollar in June. The currency further lost its value on October 9 by 11.70 rupees due to panic in the market but finally settled at 134. The business community of Pakistan is panicked by the sudden devaluation of currency. “This is going to increase the import bill of the country and we might witness further devaluation of the rupee to the US dollar,” said financial analyst Zubair Saleem.

As per the experts, major reason behind this is Pakistan’s ongoing talks on International Monetary Fund (IMF) bailout package. The international lender has put very tough conditions for 12 billion bailout package that Pakistan has asked for. The Government of Pakistan has been asked to disclose Chinese financial support, hike in energy prices, and increase in tax rates. “The devaluation was expected before any agreement with the IMF. It seems a continuation of the IMF’s condition for a bailout package,” said Zaffar Paracha, General Secretary of the Exchange Companies Association of Pakistan (ECAP). The devaluation will hurt the popular support to Imran Khan Government who praised the performance of his government on completion of 100 days in office and said “investors were coming to invest as country was put on right direction to development.”

Pakistan government gave voodoo economic reasons behind the devaluation and did not accept that the fall in the value of currency was due to IMF bailout talks. “Black market of dollars was on the peak when we took over and it is still on peak,” said Faisal Vada, minister for water resources. In the past few years we have witnessed that Pakistan has become used to live on borrowed money. The country asks for money to rich countries like United States and China. When the money borrowed from these countries is not enough for survival of the country, they move to international organizations like IMF. For years the country has used its strategic geopolitical location to get money from United States. Pakistan has become a pawn in the hands of US in its proxy war with USSR. For years, US pumped billions of dollars in Pakistan as financial and military aid. In the post-cold war world it allied with China due to their mutual fear of India. But as economic clout of China grown over the years, the relationship of equals became like that of a colonial subject and master.