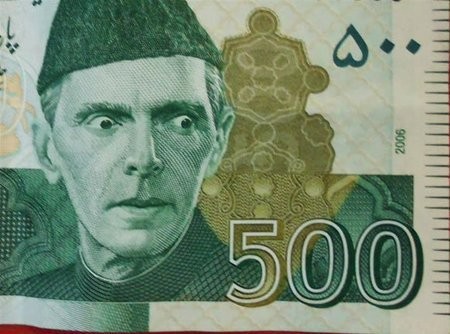 Pakistan government seems to have decided to interfere in the independence of the country’s central bank in order to save itself from the humiliation of repeated currency devaluation. Pakistan’s currency has hit an all-time low to 144 rupees per dollar last week as Khan’s government completed 100 days in office. Imran Khan government plans to formulate a committee to which central bank must report before making any change in the value of the currency. State Bank of Pakistan has made fifth currency devaluation this year to keep its currency competitive in the global market. The bank also raised its policy rates to curb inflation but it has caused turmoil in the stock markets. Pakistan government felt humiliated over red stock market indices and the falling value of the currency. The government told the media that committee will help central bank to smoothen currency volatility but experts see it as interference in the autonomy of central bank and its power to take decisions on exchange rates. 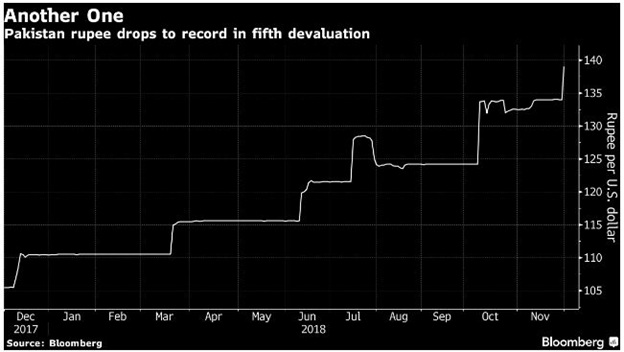 This “would clearly mean curtailing the powers of the central bank in independent decision-making,” said Amreen Soorani, the deputy head of research at JS Global Capital in Karachi. “It will be a clear negative for the economy and it might create a bottleneck in the IMF negotiations,” he added. Pakistan is negotiating a 12 billion dollars bailout package from international lenders to balance the payments crisis. However, there are many hurdles in the process as IMF has asked to disclose Chinese financial support, hike in energy prices, and an increase in tax rates in return to the bailout package. The American government has also cautioned the IMF against any bailout to Pakistan. “Make no mistake, we will be watching what the IMF does,” US Secretary of State Mike Pompeo told CNBC in an interview.

If it does not get support from IMF, Pakistan would be left with just two options, either to go default on loans or go again to China. The all-weather ally might help Pakistan again but it will only push Pak deep into the clutches of China. The tough days for Khan Government seem to start as the currency is at the lowest level, foreign exchange reserves are depleting fast, internal security problems are high and insurgency is at an all-time high. The macroeconomic indicators of the country further worsened since Khan Government came to power despite the fact strengthening country’s economy was his main poll plank. If IMF denies to bailout Pakistan due to government’s interference in central bank’s independence, it would be a death knell in country’s ailing economy

In the past few years, it has been witnessed that Pakistan has got used to living on borrowed money. The country asks for money from rich countries like the United States and China. When the money borrowed from these countries do not appear enough for the survival, they move to international organizations like IMF. For years, the country has used its strategic geopolitical location to get money from the United States. Pakistan had once become a pawn in the hands of US in its proxy war against USSR. For years, US pumped billions of dollars in Pakistan as financial and military aid. In the post-cold war world, it allied with China due to their mutual fear of India. But as economic clout of China grown over the years, the relationship of equals became like that of a colonial subject and master. In the fiscal year 2017-18, Pakistan received $4.5 billion worth of loans from China apart from $ 1.5 billion trade facility. In the preceding year, China had extended $ 3.9 billion worth of loans.