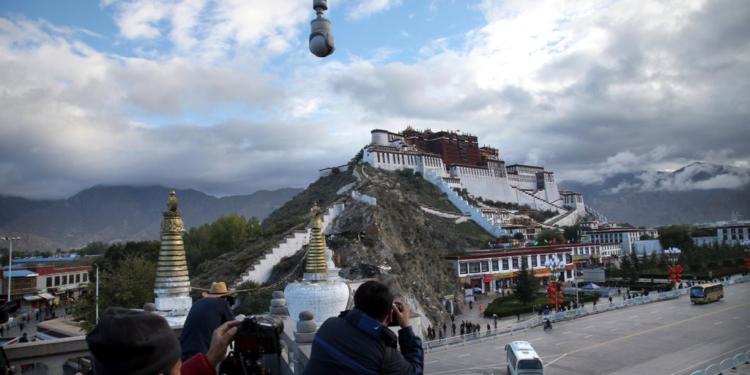 US President Donald Trump has signed the ‘Reciprocal Access to Tibet Act of 2018’ into law. It paves the way for denying visas to those Chinese officials who deny American citizens, government officials and journalists access to the sensitive Himalayan region of Tibet, the homeland of the Dalai Lama. According to officials, the US citizens including government officials and journalists are denied access to the Himalayan region and even when some of them are allowed access to Tibet, they are subjected to strictly controlled official tours where the true situation of the Tibetan people remains hidden from them. The community members said that the situation is worst for the Tibetan-Americans who are almost always denied the right to make a pilgrimage to their ancestral land and to meet their family members. This exposes the historical mistreatment of the Tibetans by the Chinese.

Tibet has been a matter of dispute as China insists that Tibet has been a part of its territory for centuries. However, the Dalai Lama fled to India in 1959 in the background of an abortive uprising against China in Tibet. Since then China has been trying to stamp down all protests in the Himalayan region. China has maintained that Tibet is a part of its territory and has stamped down on protests by the Tibetans against arbitrary Chinese rule. In 2013, China had launched a crackdown on the protestors. It also made efforts to blame the Dalai Lama for a spate of self-immolations in clear protest against the Chinese rule. Beijing had taken harsh measures which include, sending in security forces to seal off areas and prevent information from getting out, arresting protesters’ friends and seizing satellite TV dishes.

It is clear that China’s strategy has been to keep Tibet isolated so that the rest of the world does not get a complete idea of the true situation in the region. Beijing has been particular about not letting the kind of popular anti-Chinese sentiment that is brewing in Tibet to gain international publicity. Denying the American citizens access to Tibet can be said to be a part of this Chinese strategy. It does not come as a surprise that China lodged a “stern” diplomatic protest with the US over the Senate passing this legislation. The move by Donald Trump to sign this Bill into law is set to irk China.

The White House said that Trump signed into law the ‘Reciprocal Access to Tibet Act of 2018’ which seeks to promote access for diplomats, officials, journalists and others from the United States to China’s Tibetan areas. It is clear that the Chinese will no longer be able to capriciously isolate the Tibetans from the rest of the world. This move marks a simmering tussle of sorts between the US and China. This move comes on the heels of the US imposing massive import duties on China. China, as we know, is an export-driven economy and this move, therefore, means that Trump administration is ready to take on China in a big and unprecedented way.

In today’s time when globalisation and coming together of people from all regions of the world is the norm, China has indeed been denying Tibetans their rights by somewhat isolating them from the rest of the world. However, this move by Donald Trump notwithstanding the Chinese protest is a welcome move which might just herald a much-needed change.

Gambling addiction of the Founder leads to Gionee’s bankruptcy