China set to sinicize Islam, passes law to make it compatible with socialism 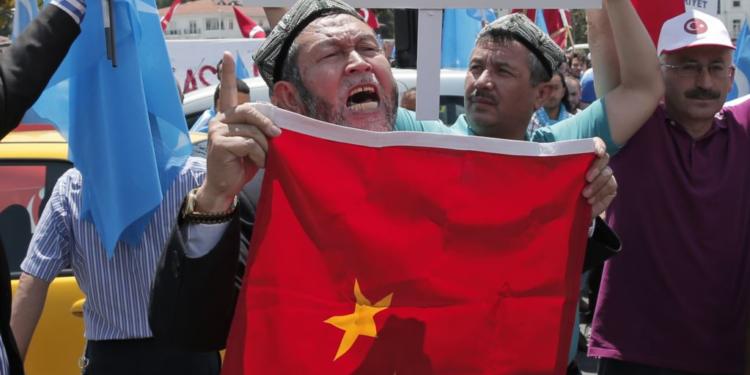 The details of how the measures for the implementation of the ‘Sincization’ law will be carried out have yet not been divulged. However, this leaves no doubt about the fact that China’s policies are only going to get more oppressive when it comes to Islam. The human rights violations of the Uyghur Muslims in China has already exposed China’s absurdly oppressive policies against Islam and this move only adds up to it. Around 1 million ethnic Uyghur Muslims are held up in ’re-education camps’ in China’s western province of Xinjiang. These’re-education camps’ are part of a massive political indoctrination programme.

Through these re-education camps, China is carrying out a massive political re-education campaign that requires Muslim detainees to swear allegiance to the Communist Party and foreswearing the Muslim faith that they are told to repeat is “stupid.” This massive campaign treats Islam as a mental disease. Former detainees- mostly Uighurs have stated that they were subjected to an indoctrination process that lasted for several months. During this, they were forced to renounce Islam, criticise Islamic beliefs and sing Communist propaganda songs for several hours. They were also force-fed alcohol and pork- which are forbidden among the Muslims. Therefore, the thrust of the so-called re-education camps is to target some of the religious tenets that happen to be central to Islam.

A senior Chinese official had spilled the beans while talking to a UN panel about the internment camps when he stated that there are, “no such things as re-education centers.” Even though the government documents refer to them as re-education centres, in reality, they are just vocational schools for criminals. Therefore, China has not only started looking at Islam as a mental disorder but it is also being criminalised.

China claims that the Xinjiang region faces insurgency from Islamic militants who are trying to create a wedge between the Muslim Uighurs and the ethnic Han Chinese majority. Therefore, China is trying to defend blatant human rights violations of a particular community in the garb of combating an insurgency threat.

It is clear that Chinese authorities treat Islam as a mental illness and those practising it as some sort of criminals. The very idea of bringing religion and those practising it in coherence with the state policy through a legislative instrument is violative of religious freedom and the dignity of those who practise and propagate that religion. However, China seems to be doing exactly the same. By bringing a law that would make Islam with a political ideology/ state policy seems to suggest that the state looks down upon the particular religion as something inferior.

China has never been a champion of human rights. China is interfering with Islam in a brazen attempt to alter the basic structure of Islam and make it into something convenient to the State is an unprecedented travesty of human rights of a particular community. It is probably for the first time in several decades that the rights of a particular community are being violated on such a large scale. It is also a new form of human rights violation in the sense that there is no ethnic cleansing as such but an entire community is being compelled to give up all their religious practices and adopt a set of practices which are not completely new to the community but also antithetical to their beliefs. The pin-drop silence of those who claimed to be the protagonists of minority rights in general and Muslim rights, in particular, is disturbing in the background of such shocking Chinese policies violating the human rights of Uighurs Muslims day in and day out.

FATF deals another blow to Pakistan