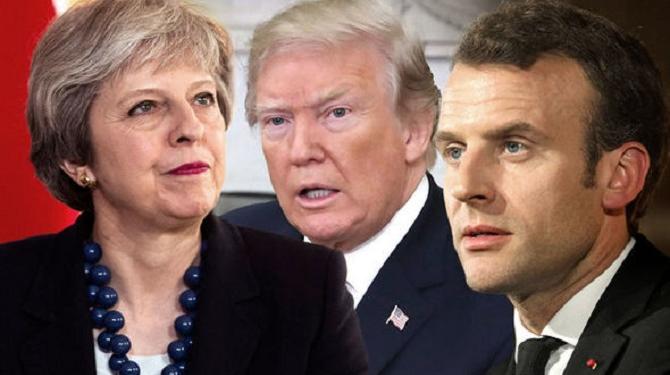 In the wake of Pulwama attack, the United States, the United Kingdom and the France has proposed that the United Nation Security Council (UNSC) should blacklist Jaish-e-Mohammed chief Masood Azhar. However it is likely to be opposed by China as it has prevented the sanctioning of JeM chief earlier in 2016 and 2017.

China’s UN mission didn’t responded immediately when asked for the comment on the new proposal of banning Azhar. Earlier in 2017, when the UNSC committee considered for blacklisting Azhar, the Chinese foreign ministry opposed the proposal claiming that there were clear rules for listing a person or group as a terrorist, and that China has always believed the relevant UN committee should operate on the “principles of objectivity”.

After the latest attack in Pulwama and since JeM claimed its involvement, the US, Britain and France once again proposed blacklisting of Masood Azhar including an arms embargo, global travel ban and asset freeze. Additionally, the committee can move forward only after a consensus and members can raise their concern till 13 march, reported by Reuters.

In the mean time, China appeared to be reviewing its stance on the issue of declaring Masood Azhar head of Pakistan-based Jaish-e-Mohammed (JeM) a global terrorist. It is nothing but Chinese ploy to save its ally from retaliation so that Pakistan can again use terrorism as its ‘foreign policy’ again.

Azhar who roams freely in Pakistan, having China’s backing, has kept bleeding India on numerous occasions. On January 2, 2016, his group Jaish attacked the Indian Air Force base in Pathankot leading to 7 soldiers losing their lives. India following the attack put forward a proposal in February in UNSC to designate Masood Azhar as a terrorist, but China vetoed it and foiled India’s bid to get Azhar designated.

Again in March and October of 2016, China repeated its exercise of veto on Azhar’s blocking and this was done at Pakistan’s behest. India has been trying to get an international sanction on Masood Azhar since 2008-09 in the wake of the 26/11 Mumbai terror attack but China has shielded him again and again. Again in Wuhan summit in April 2018, India and China agreed on a reset of the relationship regarding terrorism, but there has not been any headway in the Chinese roadblock to Azhar’s listing since then.