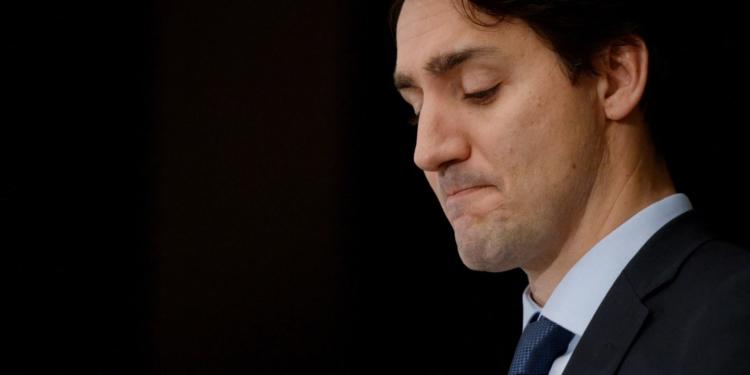 Justin Trudeau is a mascot of everything that is wrong with the world today. From being at the forefront of encouraging every degeneracy to welcoming radicalism into his homeland, from cheap gimmicks of tokenism to attempts at creating a culture of politically correct absurdities, the stink of his leftist hypocrisy wafts far and wide. The hypocrisy of Trudeau is exposed as a political scandal involving him came out this week. He has been accused of pressuring her former colleague Wilson-Raybould to cut a deal with a company which is facing corruption charges. As Trudeau faces election in October this year, it will be very tough for him to bounce back. The ethics commissioner of Canada has already launched the investigation of the matter.

Jody Wilson-Raybould was Minister of Justice and Attorney General of Canada. Recently she was removed from her post and moved to Minister of Veteran Affairs which is considered a demotion. She is the first indigenous justice minister of the country and has moved many landmark legislation. She was not ready to mend her ways with SNC-Lavalin Group, an engineering, procurement, and construction (EPC) company. It is one of the largest companies in the world with 50,000 employees globally and presence in 160 countries. The company is facing charges for paying bribes worth C$48m ($36m; £28m) between 2011 to 2011to Muammar Al Gaddafi, former prime minister of Libya.

The company lobbied with Canadian government to escape from going on trial. Trudeau was elected in 2015 general election on issues such as gender rights, reconciliation with the indigenous population of Canada and transparency. However, when it came to standing by these principals, he proved treacherous to the people and the nation. He faces election in 2019 as the country conducts general election in every four year. The SNC-Lavalin affair will prove a huge setback for Trudeau in the upcoming general election.

Trudeau event tried to justify the pressure built by him and his colleagues on Jody Wilson-Raybould on the issue of corruption charges faced by SNC-Lavalin in the name of protecting jobs and economy. “Canadians expect their government to look for ways to protect jobs, to grow the economy, and that’s exactly what we’ve done every step of the way … in a way that has respected our laws and respects the independence of the judiciary,” said Trudeau.

Justin Trudeau fears that any action against SNC-Lavalin which is based in Montreal, Quebec could cost huge loss to the economy and thus elections in the province. Quebec is a swing state and whenever Trudeau’s party performs well in the state it wins the general election. In the last general election which Liberal party led by Trudeau won, the state voted heavily for him. But here SNC-Lavalin affair has put him in a dilemma because if he takes action against the company it would hurt the economy and thus his chances of winning the elections.

The global champions of pseudo-liberalism, pseudo-secularism and radical Islamism like Justin Trudeau try to become ‘politically correct’ in front of media electorates only to win elections. One might be rich, white, the offspring of royalty and the global poster-boy of liberal values in front of media but it takes huge courage to be ethical in the real world and this episode proves that Trudeau does not have that courage.