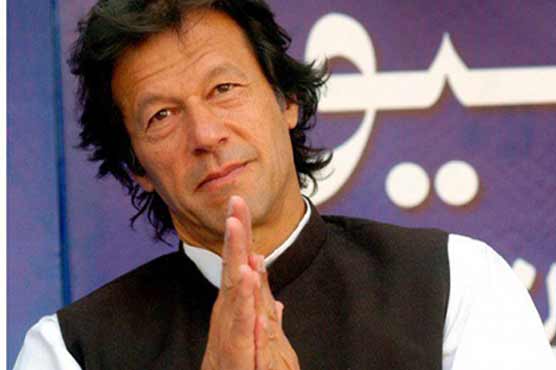 The economy of Pakistan is in doldrums, so much so that the Pakistani government has decided to sell the properties owned by it to pay off debt. The cabinet headed by Prime Minister Imran Khan decided to sell the properties owned by the federal government to pay the debt which is around 27 lakh crore Pakistani rupees. “Prime Minister Khan has sought the lists of properties of ministries for disposal,” said Pakistan Information Minister Fawad Chaudhry. The Ministry has already finalized the list of properties meant to be sold and send the list to the cabinet.

The Ministry of Privatization has formed an Asset Management Committee to fast track the selling of properties. The government of Pakistan has accumulated huge debt due to misguided policies. The country has a foreign exchange of around 10 billion dollars which could support the imports of only two months. The country received assistance from UAE, Saudi Arabia and China but this could pull back the debt-ridden government of Pakistan.

The Pakistani currency has shed 26 pc value in last one year. The value of Pakistani currency against the dollar has fallen sharply in the last one year from 110.76 rupees in February 2018 to 139.66 at the end of last month. The newly elected Imran Khan government has borrowed heavily from the State Bank of Pakistan, the central bank of the Islamic republic. In addition to that, the country has printed more currency in last few months with currency in circulation expanded to 390 billion Pakistani rupees in last seven and a half month from 177 billion in the same period year-ago.

The heavy borrowing from the central bank, exuberant currency printing and war tensions are reasons behind the rise in inflation rate. The economic growth of Pakistan in the current fiscal year (ending on July 2019) is expected to be seven-year low somewhere around 3 percent. The year-long inflation is estimated between 6 to 7 percent. The inflation in the country is rising faster than GDP growth which means per capita income of people in the current fiscal year is expected to fall. The GDP growth in the country is led by consumption with its share in economy rising from 91.8 percent in FY14 to 94.5 percent in FY18. The share of investment in the economy of Pakistan is very low which means that the economy will not be on good growth trajectory in the upcoming years.

The fiscal deficit of the country is around 2300 billion Pakistani rupees or 6.6 percent of GDP. The currency of Pakistan has shed a quarter of its value and exports did not increase even after this. The Current Account Deficit (CAD) of Pakistan was just 2.5 billion in 2018 and increased to 19 billion dollars in 2018. The Pakistani government has debt obligations worth 9 billion dollars and if the IMF refuses to bailout the debt-ridden government, the country would be declared bankrupt. Pakistan is seeking 12 billion dollar bailout package from IMF to repay its debt obligations.

For years the country has used its strategic geopolitical location to get money from the United States. Pakistan has become a pawn in the hands of the US in its proxy war with USSR. For years, the US pumped billions of dollars in Pakistan as financial and military aid. In the post-cold war world, it allied with China due to their mutual fear of India. But as economic clout of China grown over the years, the relationship of equals became like that of a colonial subject and master.