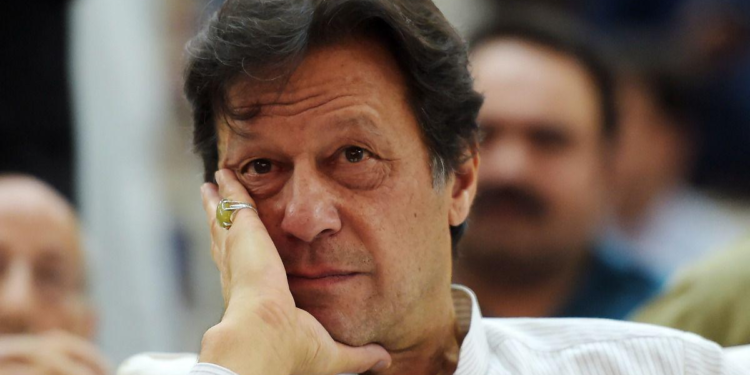 The Pakistan Stock Exchange has been on downward spiral in last two years. It shed one third of its value since May 2017. The benchmark index touched three year low in second week of April. The retail investors lost has lost one third of their total savings in last two years and the downfall of PSE continues. The cement and steel companies has been hit severely as the work on China Pakistan Economic Corridor slows down. The value of Pioneer Cement share receded to 29 rupees (Pakistani currency) from 71 rupees a year ago. International Steel is down to 61 rupees from 122 a year ago.

The experts and investors are asking the government to rescue the stock market through bailout purchase but the Pakistani government is as poor as its citizens. Imran is running around the world with a begging bowl to save the country from loan defaults. The benchmark index touched three year low of 36,579 in the second week of April which is almost one third lower compared to 53,124 it reached on May 25, 2017. The market has lost almost 3 lakh crore Pakistani rupees in the last two years and reached 7.5 lakh crore from 10.5 lakh crore.

The economy of the country is in doldrums. The GDP growth of Pakistan is estimated to be to hit nine-year low in the ongoing fiscal year (July-June). India on the other hand is fastest growing economy in the world with estimated rate of 7.3 percent in the current fiscal year.