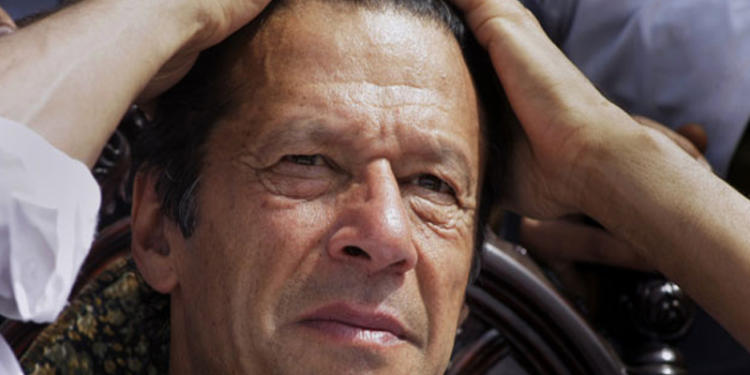 While India is the fastest growing major economy in the world and the per capita income growth is in double digits, the per capita income and GDP of Pakistan has registered negative growth in the first year of Imran Khan government. As per the data from provisional estimates of National Accounts Committee (NAC) for the fiscal year 2018-19, the per capita income shrunk by 8.2 percent to 1,516 dollar which is lowest in the last three years. This means the average person in Pakistan is earning as much as s/he earned three years back. The Imran Khan government has not been able to solve two structural issues of low investment and savings which kept the country off the track in the last few years. The investment to GDP ratio and savings to GDP ratio of Pakistan is the lowest among the major economies around the world.

The investment to GDP ratio stood at 15.4 percent which is the lowest in the last three years and well below the government’s target of 17.2 percent. This is around half of India’s average of 30 percent and behind the global average of 25 percent. The private investment declined from 10.3 percent in FY 18 to 9.8 percent in FY 19 while public investment declined to 4 percent from 4.8 percent in the previous fiscal. In the first year of PTI government, private as well as public investment registered negative growth. The reason behind the low investment is low savings rate among Pakistani households. The savings to GDP ratio noted a slight growth of 0.7 percent to reach 11.1 percent for the current fiscal year from 10.4 percent in the previous fiscal year. However, it is well below the targeted estimate of 13.1 percent.

The 3.29% growth rate is the lowest in nine years. In 2010-11, the economy had grown at a rate of 3.6%. The 3.3% economic growth rate depicts the challenges that the PTI government faced in its first year in power. Almost every sector has witnessed negative growth. The size of the Pakistani economy declined 8 percent to 291 billion dollars from 315 billion dollars in the previous year. The size of the Pakistani economy is less than the Indian state of Maharashtra which has a GDP of 420 billion dollars.

The fiscal deficit of the country is around 2300 billion Pakistani rupees or 6.6 percent of GDP. The currency of Pakistan has shed a quarter of its value and exports did not increase even after this. The Current Account Deficit (CAD) of Pakistan was just 2.5 billion in 2018 and increased to 19 billion dollars in 2018.

The first year of Imran Khan has been terrible for the economy of Pakistan on every front. The currency has shed more than quarter of its value, inflation is near double-digit, economic growth is at a decade low, the private, as well as public investment, has fallen, the foreign debt is all time high and almost equal to GDP, the exports have fallen and the imports have risen. In short, Pakistan is on a downward spiral under Imran Khan.