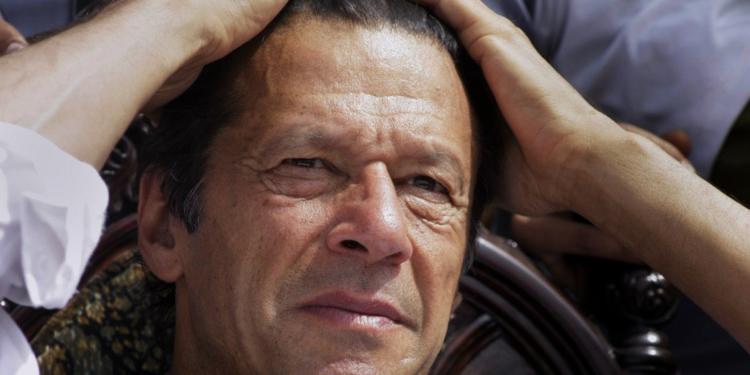 The Economic Survey of Pakistan has been released and its findings suggest bleak future for the Islamic nation. The economic growth for the fiscal year 2018-19 is expected to touch 3.3 percent, well below the 6.3 percent target set by the previous government.

The 3.29% growth rate is the lowest in nine years. In 2010-11, the economy had grown at a rate of 3.6%. The 3.3% economic growth rate depicts the challenges that the PTI government faced in its first year in power. Almost every sector has witnessed negative growth. The size of the Pakistani economy declined 8 percent to 291 billion dollars from 315 billion dollars in the previous year. The size of the Pakistani economy is less than the Indian state of Maharashtra which has a GDP of 420 billion dollars.

As per a report by Pakistani English daily Dawn, “It indicates that livestock is the only sector whose growth went slightly above the official target while all other sectors performed below expectation.” The industrial sector of the country registered a growth of paltry 1.4 percent compared to 7.6 percent. The industrial sector growth was at such a low level despite healthy growth in the power sector which means most of the other sectors actually ‘declined’. Overall, the manufacturing registered negative growth of 0.3 percent while heavy manufacturing declined by 2 percent.

The services sector and construction sector registered a growth of 4.7 percent and 7.6 percent against the target of 6.5 percent and 10 percent respectively.

Agriculture sector, the backbone of Pakistan’s economy grew at mere 0.8 percent against 3.8 percent target, this will severely hit the standard of living in the Islamic country as agriculture is the main source of income for the majority of the population. “Pakistan will miss the target of 25.8 million tonnes of wheat produce this year because of untimely rains and storms. Similarly, the drought-like situation in some areas of Sindh and Balochistan, too, had an impact on the overall agriculture sector,” said an official.

The drought in already strained Balochistan will further the freedom struggle of the region and the instability will increase. The cotton production of the country decreased by 12.7 percent, rice production declined by 3.3 percent and sugarcane, the main cash crop of the country declined by 19.4 percent. Pakistan is facing a serious water crisis and poor irrigation facilities have led to a major decline in sown area of many water-intensive crops.

As per the data from provisional estimates of National Accounts Committee (NAC) for the fiscal year 2018-19, the per capita income shrunk by 8.2 percent to 1,516 dollars which is the lowest in the last three years. This means the average person in Pakistan is earning as much as s/he earned three years back. The Imran Khan government has not been able to solve two structural issues of low investment and savings which kept the country off the track in the last few years. The investment to GDP ratio and savings to GDP ratio of Pakistan is the lowest among the major economies around the world.

The first year of Imran Khan has been terrible for the economy of Pakistan on every front. The currency has shed more than quarter of its value, inflation is near double-digit, economic growth is at a decade low, the private, as well as public investment, has fallen, the foreign debt is all time high and almost equal to GDP, the exports have fallen and the imports have risen. In short, Pakistan is on a downward spiral under Imran Khan.