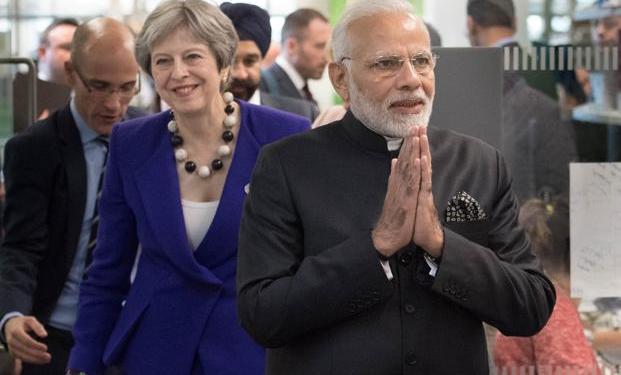 In a major development, a British parliamentary panel report has highlighted the failure of the United Kingdom to keep pace with the global rush to engage with a rising India. The parliamentary panel, stated in its report, that Britain’s recent relationship with India has been one of the missed opportunities. The Foreign Affairs Committee of the House of Commons chaired by MP Tom Tugendhat has enumerated a list of drawbacks of the successive British governments which have, “failed to give this relationship the attention it deserves”.

The report has stated, “The (UK) Government cannot afford to be complacent or rely on historical connections to deliver a modern partnership. The UK needs to adjust its strategy to India’s enhanced influence and power: we should do more to respond to India’s priorities, and should communicate our own objectives more clearly.” The parliamentary panel report titled, ‘Building Bridges: Reawakening UK-India Ties’ has stated that the British government has failed to make the most of extensive ties with India, and even though the bilateral relationship is strong, it has fallen short of its potential.

The report focuses on the key area of migration as well based on the written and oral submissions of British and Indian individuals. It has stressed that there is ‘tension’ between the promotion of a ‘Global Britain’ and steps to cut migration. The report elucidated, “While the Global Britain strategy is barely being communicated in India, the ‘hostile environment’ message is being heard loud and clear. It is short-sighted for the Government not to do more to open doors for Indian entrepreneurs, tech workers, tourists and students, who offer clear benefits to the UK and often plan only a short-term stay.”

Another key issue over which the Tugendhat led parliamentary panel has severely criticised the British government, is the lack of apology for the Jallianwala Bagh massacre. In a strongly worded passage, the report has censured the Theresa May government for failing to apologise for the massacre. 2019 marked the centenary of the Jallianwala Bagh Massacre which took place on April 13, 1919. The May government came under pressure to make an official apology for the heart-wrenching massacre carried out by the officials of the British India government at that time. However, the May government resisted all such demands made in India as well as the United Kingdom. All she did was to express ‘deep regret’ for the massacre.

The report also called for steps to ensure that events of the past do not unduly act as a constraint upon the present relations. The report added, “There is little excuse for failing to issue an apology for atrocities such as the Jallianwala Bagh massacre. The lack of clarity around the decision is particularly unhelpful. The Government missed an important symbolic opportunity by failing to issue a full apology on the 100th anniversary of the crime, and should rectify this without delay.”

This report captures the present global scenario with India as the centre of global attention. With India’s meteoric rise on the global scene, no country can afford to ignore the country. While releasing the report, Tugendhat said, “India is an essential partner to the UK. Our relationship and the living bridge of people who link our nations will only become more important…Despite opportunities, the UK has failed to give the relationship the attention it deserves.”

This is a landmark moment for India. A country that had colonised India for nearly two centuries is now finding ways to strengthen bilateral ties with India. Ever since the Modi government has come to power, strong economic growth along with an astute foreign policy has catapulted India to the centre of global attention. India being a rising power, every country wants to deepen ties with India at this moment and the United Kingdom is no exception.