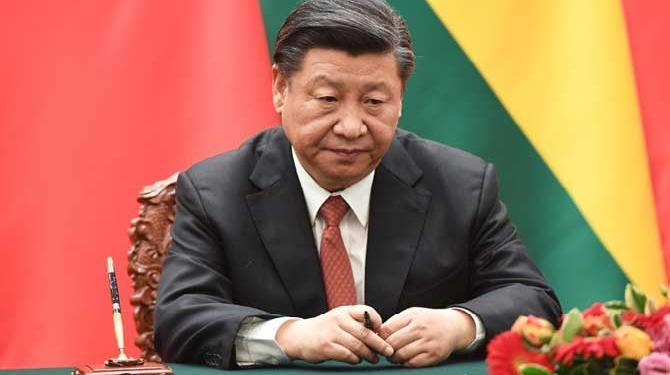 The list of countries refusing to be part of China’s ambitious Belt and Road Initiative (BRI) continues to grow. Tanzania, the East African country became the second player in the continent to tell the dragon that BRI is exploitive and against the nation’s interests. Previously, Sierra Leone became the first country to scrap 318 million dollar project under BRI due to heavy debt burden.

Now, Tanzania became the second country to scrap a project which is part of BRI. The Tanzanian President John Magufuli termed the 10 billion dollar Bagamoyo port project as ‘exploitive’ and suspended the construction.

The terms and conditions set by Chinese companies would have practically made Bagamoyo port a fully owned (99 years rent) Chinese outpost. Tanzania would not have a say in who else can invest or carry out any other activity on the port. “They want us to give them a guarantee of 33 years and a lease of 99 years, and we should not question whoever comes to invest there once the port is operational. They want to take the land as their own but we have to compensate them for drilling construction of that port,” said Magufuli to local media.

Chinese financiers set “tough conditions that can only be accepted by mad people,” added the Tanzanian president.

The first region where the BRI failed was South Asia when Hambantota airport got the title of “the world’s emptiest airport” and newly elected Sri lanka government expressed displeasure over it. A few months after the Malaysian government scrapped the two BRI projects worth more than 20 billion dollars. “I believe China itself does not want to see Malaysia become a bankrupt country,” said Malaysian Prime Minister Mahathir Mohamad.

A Survey conducted by Singapore based think tank finds that BRI is viewed very negatively in public perception in Southeast Asia. As per the Economic Times report based on the survey, “One-third of those surveyed complained about the lack of transparency of the One Belt One Road plan, and 16% predicted the plan will eventually fail.”

According to a study by the Centre for Global Development, a Washington-based think tank, most of the countries opting for BRI projects will face a huge public debt problem. Pakistan, Djibouti, the Maldives, Laos, Mongolia, Montenegro, Tajikistan, and Kyrgyzstan were the countries which are at high risk due to BRI.

The 8 trillion dollar BRI initiative was unveiled in 2013, a few months after Chinese president Xi Jinping took over from his predecessor, Hu Jintao. BRI is considered a major part of Xi Jinping’s domestic agenda and foreign policy. BRI initiative represents by far China’s most ambitious project to connect the country with Africa, Central, and Southeast Asia, Europe, and the Middle East through transportation infrastructure. OBOR’s two main components, the Silk Road Economic Belt and the Maritime Silk Road, comprise a multi-trillion dollar plan spanning 68 countries, which represent 60 percent of the global population and up to 40 percent of global GDP.

The OBOR’s stated goal is to develop infrastructure for poorly connected regions of the world but the hidden agenda behind this ambitious plan is to lay the groundwork for a Sino centric global order. China wants to economically colonize the poor countries in Central, South and Southeast Asia through this ambitious project