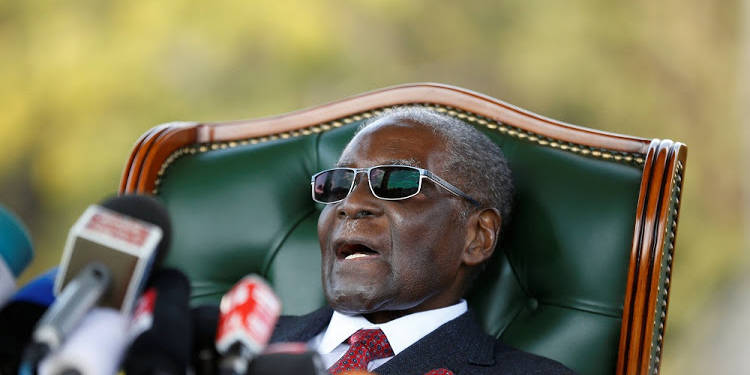 The controversial yet widely popular former President of Zimbabwe, Robert Mugabe, 95, died on Friday. His successor, President Emmerson Mnangagwa confirmed Mugabe’s death in a tweet, mourning him as an “icon of liberation.”

Mugabe was once known as a great freedom fighter who along with his guerrilla fighters continuously fought against the Ian Smith government. However, his past record as an administrator and President of the country doesn’t reflect well. The African leader who was once touted as a liberator of the African masses left his country in a state of turmoil, tyranny and economical conundrum by the time he perished or albeit was stripped off his position of President, which he had infamously proclaimed was his destiny to rule until the god said “Come”.

Robert Mugabe like most African dictators transformed himself from a freedom fighter to a political prisoner into a raging oppressor who exploited his own country and people in every way possible. Mugabe took power after white minority rule ended in 1980. He himself and his party ZANU-PF regularly rigged elections in a massive way in the coming years which ensured Mugabe remained at the helm of affairs for as long as possible. In the early 90s the economy first started showing signs of rapid decline, by 1998 there was a food riot in Harare. It left hundreds dead or injured for life. The riot symbolized Zimbabwe’s impending doom.

Robert Mugabe was also considered to be anti-white, who had little regard for the human rights and economy of the country. He famously implemented the land reforms in 2000, which resulted in the seizing of 80 per cent of white-owned farms from landowners, forcing thousands of evictions and arrests by 2002, with surging reports of violence and human-rights violations. The seizure of white-owned farms resulted in inexperienced blacks getting the lands who had no idea how to farm. Zimbabwe which was once known as ‘The Bread Basket of Africa‘ quickly became a country which could not produce enough food for its own citizens, let alone feed the continent; all thanks to the land seizures.

Under Mugabe, Zimbabwe went into a downward spiral of economic instability, at one time unemployment exceeded 80 percent. At one point, inflation ran at an almost incomprehensible 230 million percent. When a bank note with a face value of 10 trillion dollars was introduced in early 2009, it was worth only about $8 on the black market. Zimbabwe’s money became so worthless that it was effectively replaced by outside currencies, including the South African rand, the United States dollar and China’s yuan.

Robert Mugabe was also an avid lover of cricket. However, his tenure as president of the country saw the cricket team’s fortunes die in just a matter of days. Zimbabwean cricket team, which had shown utmost flair and consistency in the late 90s and 2000s, plunged into a era of darkness all courtesy to Mugabe’s dirty politics and racial overtures.

The most incisive and easy-to-spot consequence of the impact of the Zimbabwean political scenario on its cricket is the disappearance of white players from the team.

In 2003, during the ICC Cricket World Cup, which was also hosted by Zimbabwe with South Africa, Henry Olonga and Andy Flower wore black armbands during their match at the Harare Sports Club to “mourn the death of democracy in Zimbabwe”. This gesture that generated both furore and praise from the different ends of spectrum. Not only did Olonga play only one ODI after that protest, but he was also charged with treason – punishable by death – and eventually forced out of Zimbabwe and international cricket, much like the Flower brothers shortly after. The “Black Armband protest” of 2003 thus represents the incident from which Zimbabwe cricket has never really recovered.

Robert Mugabe tried to add a fresh new chapter in his regime by attempting to put his wife Grace into power. This desperation was necessitated by other factors. The military were ready for a coup, his own party members were nowhere in the mood to reinstate him and most importantly preparations for his impeachment proceedings were in full swing. Plus he was old and disorientated. These factors together stitched his long overdue step-down from power, yet he continued to live in his 25 bedroom paradise in Harare.

Though it is a time of mourning for the people close to Mugabe but the man did not leave a legacy that someone should be or could be proud of. Zimbabwe would remember him as someone who was a beacon of hope once, but somehow turned into a pale shadow of it in his twilight years where he plundered his country, ravaged its people and left them in sorrow plight. History would not judge Mr. Mugabe kindly. In trying to emulate the great Nelson Mandela, Mugabe fell way short and it would not be a hyperbole to say that Zimbabwe has got that something off their chest, finally.

US flags out. US Anthem sung. In Hong Kong. That China claims as its own