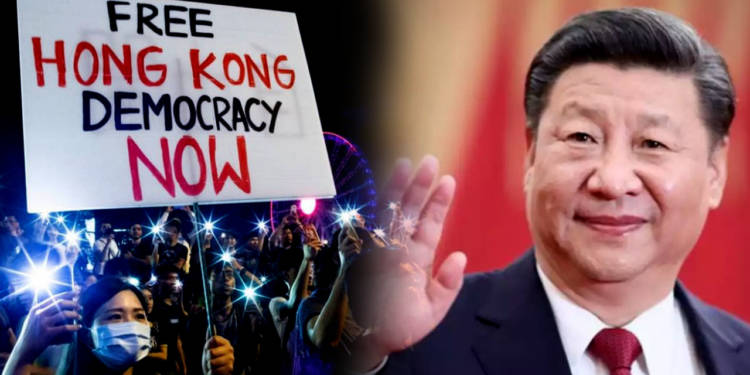 Former US President John F Kennedy once said, “The Chinese use two brush strokes to write the word ‘crisis’. One brush stroke stands for danger; the other for opportunity. In a crisis, be aware of the danger–but recognize the opportunity.”

In the September quarter, the economy of Hong Kong declined by 3.2 percent compared to the previous quarter. The authorities expect full year contraction in the Hong Kong’s economy. Paul Chan, the city’s financial secretary said that full year contraction is “very likely.” This is the worst economic performance by the city since Global Financial Crisis 2008-09.

The reason behind the slowdown in the economy is the ongoing political unrest in the Specially Administered Region (SAR) of China. In the recent months, Hong Kong witnessed a series of protests that have been sparked off by an extradition bill which would pave way for individuals in the city, suspected of a crime, to be extradited to mainland China. The protests later snowballed into a broader campaign calling for greater democracy, police accountability and an amnesty for those arrested and this has definitely hurt the city’s image. The question is why is China trying to destabilize a peaceful and vibrant city and also allowing such a massive protest, despite its tremendous ability to control such political protests.

One possible answer to this question is- China is deliberately destabilizing Hong Kong, because the financial centres of mainland China like Shanghai and Shenzhen will benefit from political unrest in Hong Kong.

The city of Hong Kong is ranked 3rd in Global Financial Centres Index. After New York and London, it is world’s most competitive financial market, and the foremost financial centre of East Asia. In financial centres index, the cities of Mainland China, Shanghai and Shenzhen, ranks 5th and 7th respectively. Since decades, China is trying to establish both cities as financial centres.

Most of the Chinese businesses from mainland China use Hong Kong Stock Exchange for Initial Public Offerings and share trading activities. Between 2010 and 2018, 73 percent of mainland companies’ IPOs overseas took place in Hong Kong. The city also accounts for 60 percent of overseas bond issuance and 26 percent of syndicated loans. Hong Kong is the most important source for the Chinese companies to raise capital.

The role of Hong Kong as the financial centre for mainland Chinese economy is what worries China the most. The Communist government wants mainland cities like Shanghai and Shenzhen to acquire this role, because, the government has more control over these cities compared to Hong Kong. Therefore, if China could not fully control Hong Kong, they are trying to destroy it.

In September 2019, Andrew Collier wrote an article in Financial Times, in which, he argued that “Over time, Beijing will be perfectly happy to see it replaced by Shenzhen and Shanghai.” Financial Times is the most influential business newspaper in the world, read by top economists, policymakers, and bureaucrats around the world.

Finance is the most important segment of Hong Kong’s economy and, decline in GDP means decline in financial activity. The Communist government in China is deliberately interfering in corporate activity in Hong Kong, only to destabilize the city. “As the independence of professional services — accounting, banking, corporate life — in Hong Kong is eroded, many Chinese firms will ask why they should pay the high fees for labour and rent when it is much cheaper across the border,” noted Financial Times.

Another article in South China Morning Post (SCMP), written by Cheah Cheng Hye, co-chairman of Value Partners Group, a Hong Kong-listed fund management company, argued the same. In the article titled, ‘Hong Kong’s days as a thriving financial hub may be numbered’, Hye argued that “the city will lose its competitive edge as soon as mainland Chinese businesses begin to shift elsewhere.”

Over the years, mainland Chinese companies used Hong Kong as financial centre because the domestic market is inefficient and had structural defects. But, now as China has developed financial infrastructure in Shenzhen and Shanghai, the Communist government wants the businesses to relocate. Shenzhen shares border with the former British colony and is fully under the control of Chinese government, unlike Hong Kong.