All over for Mahathir? 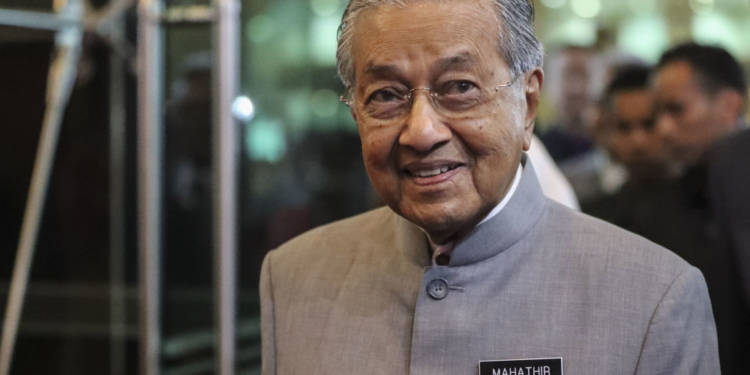 The oldest head of state in the world has a firm grip on Malaysian politics since early 1980s; he ruled the country with iron fist from 1981 to 2003. He vacated the chair in 2003 for his chosen heir- Abdullah Ahmad Badwi, but soon started criticizing his policies. He helped Najib Razak to come to power in 2009 but became critical of his policies too in 2015.

In early 2016, Mahathir quit United Malays National Organization (UNMO) and started a campaign against corruption in Rajak’s government. UNMO party has ruled Malaysia since 1950s and no one expected that Mahathir will have anything to contribute to country’s politics after he left the party. But, in January 2018, the opposition, led by Anwar Ibrahim, announced Mahathir as the Pakatan Harapan coalition candidate for prime minister for the 2018 general election.

Riding on resentment against the corrupt regime of Rajak, Mahathir registered an unexpected victory and became prime minister of Malaysia in May 2018. At the time Ibrahim announced Mahathir as prime ministerial candidate, the 94 year old leader promised to hand over the chair to Anwar in “one or two years”, if the campaign is successful.

The U-turn of Mahathir

It has been more than one year since Mahathir became PM in May 2019, but, he is not ready to give up PM chair anytime soon. “There was no actual date or time mentioned,” Mr Mahathir told the Financial Times in an interview in Bangkok, on the sidelines of RCEP conference. “What I mentioned at the time when they appointed me . . . was that . . . I would not be permanently there, that means that I wouldn’t finish a whole term.”

As the pressure on Mahathir to vacate the chair builds up, the uncertainty over future leadership of Malaysia is increasing.

Anwar Ibrahim, who is de-facto successor of Mahathir, has enjoyed a precarious relationship with the 94-year-old leader. He was a good friend and Mr Mahathir’s deputy prime minister and heir apparent in 1998, when he was arrested on the charges of sodomy and corruption by the police. He was arrested and publicly beaten by country’s police chief, put behind bars, and sidelined from electoral politics for more than decade.

Since Ibrahim came out of jail, he has been a mature version of his previous self. Given the fact Mahathir stood from Anwar’s party for election, he has a better bargaining ground. Also, Mahathir does not enjoy the same rapport with the people of the country as he used to in late 1990s, when he put Anwar behind the bars. At that time, he was 74 year old and therefore- has legitimacy to remain on PM’s chair for another few years. But now, 94 year old Mahathir could not go before the people with same aura and legitimacy.

According to Peter Mumford of Eurasia group, Mahathir’s stickiness to PM’s chair has heightened the political risk in the country.  “This creates significant political uncertainty over the next two years — both in terms of when Mahathir will hand over power and to whom, as well as risks of Mahathir having to step down before succession has been lined up, which could create a messy political situation,” said Mumford.

Given the better positioning of Anwar Ibrahim, he could attempt to dethrone Mahathir at any time. This would also complete his revenge with Mahathir for backstabbing in 1998.

Mahathir has hinted that he does not want to make a mistake in appointing his successor this time, because, the previous he was disappointed by leadership of Abdullah Ahmad Badawi and Mr Najib, both of whom were promoted by Mahathir. “I have made many mistakes in appointing my successors so I don’t want to make another mistake this time,” said Mahathir.

According to some political pundits, Mahathir might appoint want to appoint his son as successor. But this will send a message to the public that he has once again backstabbed Anwar Ibrahim, who has stayed loyal him so far. If Mahathir appoints his son as successor, it will create a political turmoil in the country.

Why Anwar could emerge as winner this time

In last one year, Mahathir has taken many U-turns. He came to power on the promise of economic reforms, anti-China stance, and corruption free government. He had called the previous Prime Minister Rajak as China’s mole and termed the China backed Infrastructure projects as “a new version of colonialism”.

The first step taken by him was to cancel China sponsored East Coast Rail Link. But, after a few months, his government agreed to restart the project on renegotiated price. He has also taken a benign stance on China’s claim in South China Sea. The previous term of Mahathir (1981-2003) was very hawkish but this time he looks benign.

Moreover, Corruption is still big issue in Malaysia and economic growth has not picked up.

Add to it, his meddling in the Kashmir issue which has put him on India’s least preferred list. India is mulling canceling import of Palm Oil from Malaysia which forms the bulk of the island nation’s economy. Ethnic Malaysians, though Muslims, have practiced a more tolerant and vibrant version of Islam which is very different from the version of the religion practiced in the western part of the Asia. Even his own daughter had castigated him for trying to Arabize a proud Malay nation.

As Mahathir is older, weaker, and relatively unpopular version of previous self and Anwar is mature, firm, and stronger version of his previous self, the latter is expected to be winner this time.

So, Mahathir Mohamad isn’t just a fool but also a coward. Look how he has prostrated before China