Economic reliance on China is causing a flutter in Australia 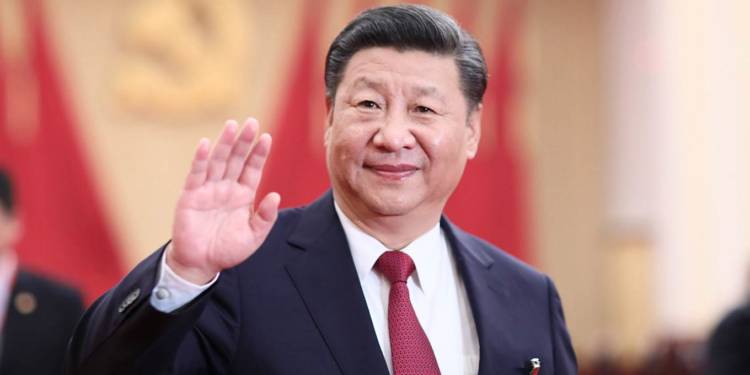 China has been systematically trying to trap countries who are in dire need of investments into its vicious debt-trap since the last decade. Pakistan, Malaysia and Sri Lanka are few of the names which figure prominently in the list of countries who the revanchist state has managed to the debt trap. In an alarming development, China has now set its eyes on Australia as retired Australian Security Intelligence Organisation (ASIO) chief Duncan Lewis has reportedly warned that the Chinese government is seeking to use “insidious” foreign interference operations to “take over” Australia’s political system.

Lewis has claimed that anyone in office could be a target and the strategy’s full impact might not be apparent for decades. He further said that Chinese authorities are trying to “place themselves in a position of advantage” by winning influence in political, social, business and media circles. He warned that if Australia doesn’t take preventive measures then there is a possibility that the nation would wake up to decisions that are not in the interests of Australia. Chinese agents are making large contributions to Australian political parties as part of a wide-ranging influence-peddling campaign that also targeted media and the country’s universities. Lewis cited the case of Labour party power-broker Sam Dastyari — dubbed “Shanghai Sam” — who was forced to resign after taking tens of thousands of dollars from a Communist Party linked donor. Officials say China’s growing efforts to influence politics overseas through donations, investment and United Front community groups have grown at pace since President Xi Jinping took power.

Former Australian Prime Minister Tony Abbott too slammed China and accused the country of bullying its neighbours as he stressed that the country’s relations with China can never rise above “a cold peace”. In a speech to the India Foundation in New Delhi, Abbott promised to champion further engagement with India, suggesting that Australia had “put too many eggs into the China basket”.

The impact in Australia has long concerned the White House, which has repeatedly warned Canberra against being complacent at a time when China is also widely suspected of being behind major intrusions into the computer systems of Australia’s parliament and a university with close ties to the government and security services.

While the diplomatic relations may have been strained between the two countries, but Australia’s trade relationship with China is growing ever closer. Over the years Australia has come to rely heavily on China – China’s share of Australia’s monthly exports hit 30%. A decade ago it was just 20%. It is important to note that it was back in 1952 where a single country(United Kingdom) took such a large share of Australia’s merchandise exports. China imports iron ore and coal from Australia leading to a trade balance that is massively in Australia’s favour. However, gradually Chinese imports are also growing as Australia witnessed a 15% surge in Chinese imports that too at a time when imports from other countries dropped by 2%. Iron ore and coal are Australia’s key exports, together worth more than $120 billion — or 30 per cent of what gets sold to foreign countries. They are followed by education services, which rake in $32.4 billion (or 8 per cent of the nation’s exports) from international students.

The economic reliance on China is causing a flutter in Australia as there is a feeling that it will impact the government’s strategic thinking as there are concerns that China could exercise economic coercion over Australia. China has made a name for itself for bullying countries over trade and Australia might well become the latest country to experience the infamous Chinese coercion. The Chinese bullying was in full display when Norway suddenly lost its Chinese salmon market when the Nobel Prize was awarded to a Chinese dissident and in the case of Philippine mangoes which were left to rot after its government won an international court case over the South China Sea. Chinese tourism to South Korea was restricted after it agreed to host US missiles, and, most recently, Canadian canola has been penalised following Canada’s arrest of Huawei’s finance director.

China has already banned the visits of two Australian MPs Andrew Hastie and Senator James Paterson over their remarks on China. There were suggestions Australian thermal coal exports to China were being restricted earlier this year as punishment for the Turnbull government’s foreign interference legislation. However, the customs delays soon spread to all thermal coal exporters and it was hard to isolate a political intent. Through nearly all of the past 15 years, it has been a sellers’ market for most of the things Australia supplies China and if it becomes a buyers’ market and Australia could become more vulnerable to pressure from its largest customer.

Apart from the LNG, coal and iron ore exports to China, another major export is education as Australia’s universities are heavily reliant on Chinese students. At least seven of Australia’s major universities rely heavily on Chinese international students for revenue and that is putting the institutions at risk of financial collapse. Chinese student fees account for 13-23% of the total revenue of the Australian Universities so much so that one in ten university student is found to be Chinese. There are approximately 25% foreign students studying in Australian universities of which 10% are from China alone. This puts the universities in a precarious situation if the Chinese students leave en-masse for political or economic reasons especially in light of the deteriorating diplomatic relations between China and Australia and the economic implications of the US-China trade war.

The universities have also witnessed clashes as the Hong Kong anti-government protests reached Australian campuses. Conflicting views around Hong Kong and Chinese national identity came to a head at the University of Queensland last month, when a peaceful Hong Kong solidarity protest was met with a counter-protest led by students from mainland China and things turned violent. In an event of China experiencing economic collapse, it would spell doom for the Australian Universities as there are no countries with populations as big as China’s and middle classes as big as China’s to make up for the exit of the Chinese students.

Worryingly for Australia, reports have also stated Chinese investors buying up assets in Australia from housing to ports to agriculture. Chinese investment in Australia’s agricultural sector went from $300 million to more than $1 billion over the past year as the Chinese are investing in Australia as a fertile ground to produce goods which they will sell back in China. Last year, was the biggest year for Chinese investment in Australian residential real estate as New South Wales saw foreign buyers (87 per cent of whom were Chinese) acquiring a quarter of new property supply. Needless to say, the Australian government is displeased with the trend and have taken steps to discourage further Chinese investments as the state of New South Wales doubled taxes on foreign buyers to 8% of the purchase price. China’s large swathe of foreign reserves and a strong yuan would only increase the demand for Australian properties at a time when China’s wealthy are worth twice as much as Australia’s total housing stock.

The recent developments have had a destabilising impact on Australia as this has led to China using its influence on Australia and its policies. Roland Rajah, Lowy Institute’s director of the international economy program, said that Australia’s economic relationship with China was influencing the country’s political and diplomatic relations. According to PriceWaterCoopers chief economist Jeremy Thorpe, if China’s economy experienced a “hard landing”, defined as a sudden decline in GDP growth of about 3 to 5% points, then Australia would lose about $140 billion (7 per cent) from its national income and result in 550,000 job losses.

It seems Australia has become increasingly reliant on Chinese money, something that could have serious consequences if China’s economy starts to falter or if it starts to throw its weight around politically. In light of the recent developments, Australian PM Scott Morrison has introduced foreign agents register for lobbyists and expelled a prominent Chinese donor and said that he was confident Australia could “maintain the integrity of our system.” It seems that Australian universities are also waking up to the threat posed by the Chinese as it recently announced measures to combat foreign interference in key areas of research collaboration, cybersecurity, and international partnerships. Australia is a geographically and economically important country for China and it will go all out to spread its influence in the country and Australia must stand up to prevent the increase of Chinese dominance.