‘American companies must go to India,’ The US is working with India to kick China out of the global supply chain 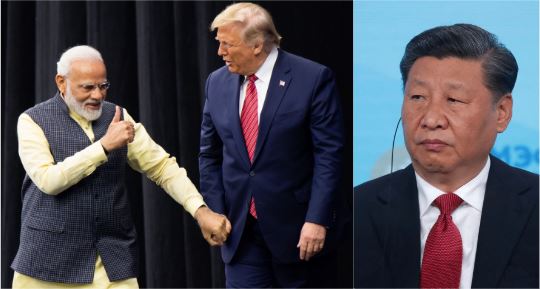 In the last few decades, China emerged as the ‘factory of the world’, thanks to Western countries, especially the United States, which encouraged its companies to set up manufacturing units in the Communist country.

But with the economic prowess, China became a problem for the US and its allies. After the outbreak of Coronavirus pandemic, China not only refused to share crucial data with the countries around the world, but also threatened countries like Australia and member states of European Union of retaliatory action if they take any steps to hold the Communist government responsible.

Therefore, now the US has decided to break the backbone of Chinese economy- manufacturing. US Secretary of State Mike Pompeo said that the country is working with its “friends” to restructure the global supply chain. “We’re working with our friends in Australia, India and Japan, New Zealand, the Republic of Korea, and Vietnam to share information and best practices as we begin to move the global economy forward,” said Pompeo at a press conference on Wednesday.

“Our conversation certainly involved global supply chains, keeping them running smoothly, getting our economies back to full strength and thinking about how we restructure the supply change chains to prevent something like this from ever happening again,” he added.

On the other hand, the US seems to be endorsing India for US companies to shift to in the event of their exodus from China. “India can quickly become a favourable jurisdiction for more of the industrial activities that are happening currently in China,” Thomas Vajda, assistant secretary of state for South Asia in the US Department of State, said in a meeting. He also said, “Government relations between the two countries will be supportive.”

Meanwhile, Prime Minister Modi has signaled that the government is ready to do áll it takes’ to attract the firms exiting China and integrate India into global supply chain. PM discussed the strategy to attract these companies with ministers of top bureaucrats, as per a report by Times of India.

Since the outbreak of Coronavirus, the hatred against China has grown manifold in countries around the world. Western countries, which fuelled the Chinese economy by setting up factories in the Communist country, are hard hit by Coronavirus. So far, the US and Europe account for more than half of total cases around the world and above two-third of total deaths. The global economy is reeling due to Coronavirus lockdown, and the countries which have been hit are trying to get their businesses out of China.

If the leader of the Western world, United States, is willing to help India in integrating global supply chain and encourage its own companies to set up units in India, it gives a great head-start to India.

A few weeks ago, Shinzo Abe led Japanese government announced financial package for Japanese companies which are planning to shift their base out of China. Out of a stimulus package worth whopping 108.2 trillion yen (US $993 billion) – equal to 20 percent of Japan’s economic output –it has earmarked US $2.2 billion to help its manufacturers shift production out of China.

220 billion yen ($2 billion) is pledged for Japanese companies shifting production back to Japan and the remaining 23.5 billion yen for those seeking to move production to other countries.

‘Pack up and get out of there,’ Japan to spend $2.2 billion to get Japanese companies to exit China

If the Modi government does not want to lose a golden opportunity like this once again then it must fast track the land, labour, capital, and judicial reforms from the war room to make sure that the companies fleeing China move to India, not Vietnam or Bangladesh.