‘Drop the inquiry,’ Pakistan was probing a scam by China but everything changed when China sent a warning

China shows Pakistan who's the boss 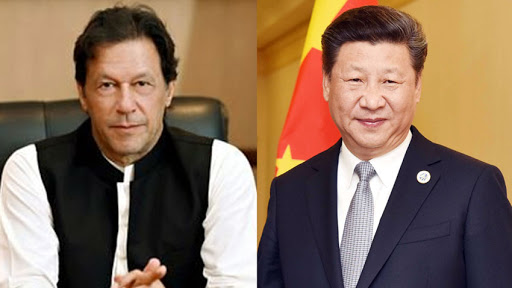 On May 5, Reuters India reported that Pakistani government has deferred the probe into power sector’s alleged scam for two months. “In order to provide a chance of meaningful negotiations with the IPPs, constitution of inquiry commission ….may be deferred for two months,” reported Reuters.

But after a briefing by Pakistan’s senior cabinet ministers on behalf of the “friendly nation”, Pakistan has decided to dump the report altogether.

Independent Power Producers (IPPs), the companies which generate electric power to be distributed as public utility by the government on sovereign guarantees, have been an avenue for corruption in Pakistan since decades. The anti-corruption bodies have regularly raised questions over billions of dollars minted by IPPs at the expense of public money.

Earlier, the Imran Khan government, which came to power in 2018 riding on anti-corruption sentiments, had decided to conduct an audit of Pakistani government contract with IPPs. Last year in August, the government formed a committee to carry out audit of power sector projects awarded to IPPs, especially the ones awarded to Chinese companies under CPEC, which were a major beneficiaries of the deal and prime suspects. As the findings started coming out, this became a big issue in the country, as scam worth billions of rupees were reported.

After this, the Pakistani government was reluctant to make the report public, but under public pressure for accountability, PTI government made it public in April. “Today the cabinet decided to make public Mohammad Ali Commission report [on IPPs contracts], which indicated illegalities and irregularities,” announced Special Assistant to the Prime Minister on Information and Broadcasting Dr Firdous Ashiq in April.

As per the 296 page audit report, coal based IPPs set up in Karachi and Sahiwal under the China Pakistan Economic Corridor would be making 483 billion rupees (Pakistani rupee) extra in the next 30 years if the government decides to go ahead with the project. And this would, obviously, benefit the Chinese companies involved in the project.

Given the corruption and irregularities found out in the report, this caused rising anti-China sentiment in Pakistan. Therefore, China possibly pressured Pakistani government to scrap the report, which deferred it for two months first, and then, dumped it altogether.

This shows that Chinese government wields more power in Pakistan that the Pakistani government itself. After Trump led United States dumped Pakistani military establishment, it found a new messiah- China, and given the fact that Pakistani Army actually controls the Islamic country, Imran Khan Government was forced to dump the report.

Moreover, Pakistan is too indebted to China to raise questions against Chinese companies. Given the fact that it has become more a ‘vassal state’ of mighty Chinese empire; Chinese companies get a free hand in Pakistan. And this is the reason Pakistani government dumped an audit report, which itself ordered a year ago, and which became a major public issue in the last one year.